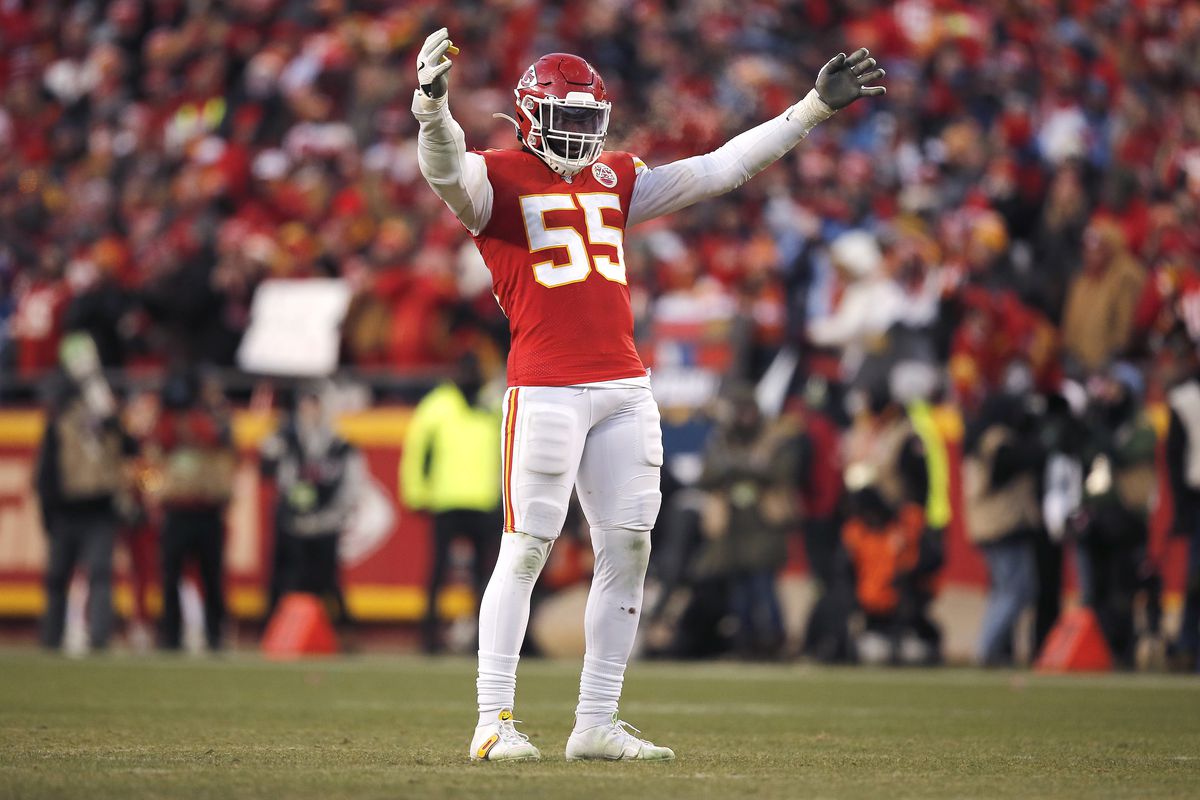 Despite their blowout loss to the Tampa Bay Buccaneers in Super Bowl 55, the Kansas City Chiefs will not have to wait long for a chance at another ring with a roster stacked from top to bottom.

Everybody knows the name of their quarterback and the face of their franchise, Patrick Mahomes, but that organization is filled to the brim with players who don’t get enough limelight. One of these players who does not get enough attention is edge Frank Clark, who is still underrated to this day.

Clark was drafted by the Seattle Seahawks with the 63rd pick in the 2015 amid a domestic violence allegation that got him dismissed from the University of Michigan football team. He was viewed as a very talented player coming out of Ann Arbor and many experts gave him a day 2 grade, ranging from the middle of the second round to the middle of the third round.

The allegation changed everything however. Plenty of NFL teams removed him from their draft board because of his off-the-field issues, not willing to even consider him worth the risk.

Seahawks’ Head Coach Pete Carroll and General Manager John Schneider are known for taking risks like Clark. Just two years prior, during the Seahawks’ legendary Super Bowl run, Schneider gave up first, third, and seventh round draft picks in order to bring in the electric Percy Harvin from the Minnesota Vikings.

It is safe to say that the risk worked out for Seattle and then some. Clark’s off-field-issues weren’t a problem and it wasn’t very long until he became a stud defensive end.

After playing more of a rotational role during his rookie season, Clark exploded onto the scene his sophomore year in the NFL with a 10-sack performance in his first full season as a starter. He followed his 10-sack season up with 9 and 13 sack seasons.

As contract negotiations stalled with Seattle, Schneider and Carroll began shopping Clark around draft time in 2019. Eventually they struck a deal with the Kansas City Chiefs, who were fresh off of Patrick Mahomes’ debut MVP season.

The trade ending up working out exceptionally well for both Seattle and Kansas City.

KC acquired a stud edge rusher at a premium cost, but with two Pro Bowl accolades in two seasons in you would have a tough time saying that the trade hasn’t panned out for the Chiefs.

On the other side of things, Seattle used the draft picks received to draft defensive end L.J. Collier, right guard Damien Lewis, and defensive end Alton Robinson. After a very scrutinized rookie year, Collier quietly had a solid 2020 outing, Damien Lewis made PFF’s All-Rookie team as the starting right guard, and Robinson had a strong season as a rotational defensive end.

Ultimately, Frank Clark played a huge role in both of Kansas City’s teams that made runs to the Super Bowl and it is very possible that they wouldn’t have made it to either without him. Despite not being a household name like safety Tyrann Matheiu or defensive tackle Chris Jones, Clark has surpassed expectations while out of the spotlight and will be a reason that Kansas City makes it back to the big game in the coming years.

Speaking of Generational Coaches, Who Will Be the Next Generational Athlete?
Making the Case for and Against the Trevor Bauer Signing