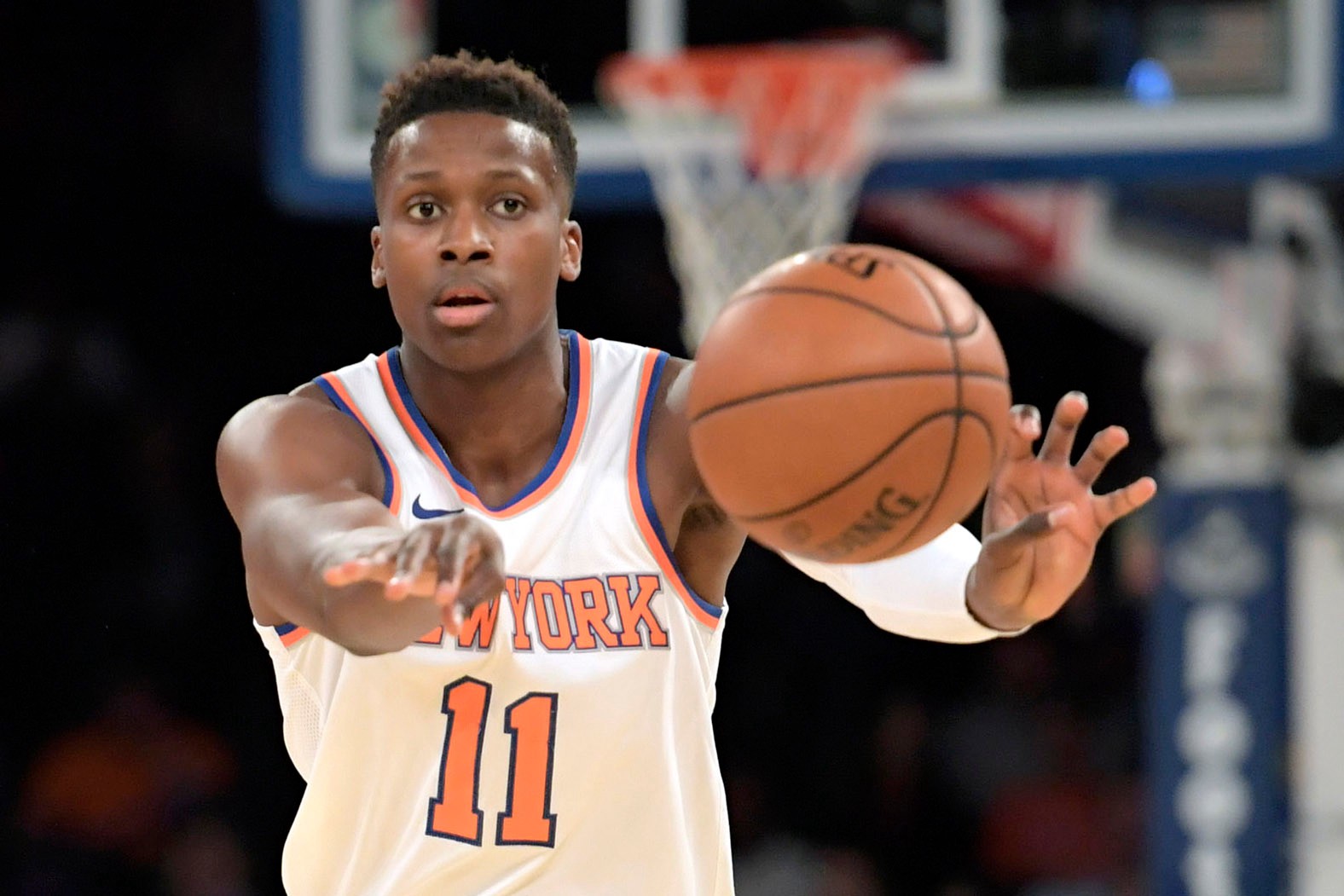 As the New York Knicks season starts this week, there are questions on what this team can be. The NBA season has 82 games and these young Knicks will endure a lot of mistakes against good and great teams. But they need to know if Frank Ntilikina, out of all the point guards on the roster, will take that next step for them to be playoff contenders.

Ntilikina played well in the last preseason game against the Brooklyn Nets. He had nine points, four rebounds and five assists. Now these are great stats but they are solid for the 20-year-old. He continues to work on his offensive and defensive game, focusing on the little details. Coach David Fizdale wants him to play multiple positions and be versatile like Golden State Warriors point guard Shaun Livingston.

“I’m hoping that’s the kind of morph I can get out of him,” Fizdale said according to northjersey.com. “Where he can post smaller guys, hopefully he can have more range than Shaun even though Shaun can make a three but Shaun knows where his bread is buttered. That pull-up jumper and that post-up over the top of small guys, he’s made a living with that. He also guards everybody on the floor, he can get them in the offense. That’s where I do, I see Frank in that kind of mold, as a multi-talented, multi-faceted guy.

Position less basketball is what Fizdale wants on this team. If Ntilikina can play shooting guard, small forward and power forward, he becomes valuable on the court. Versatility is important in basketball as it can make a team more dangerous than those that are one dimensional. With Kristaps Porzingis not playing until next year, possibly in March, it’s for the second-year player to step up. Playing with rookie Kevin Knox can help the team be competitive in most games. It’s for the fourth youngest team in the league to be legit playoff contenders. But if they have the right mindset and learn from their mistakes, they can be at least a 7th or 8th seed team since the East is weak.

Ntilikina will have to be great in the first couple of months to see if the Knicks have a chance to make the playoffs.