Free Agency or Extensions: Which is Better? 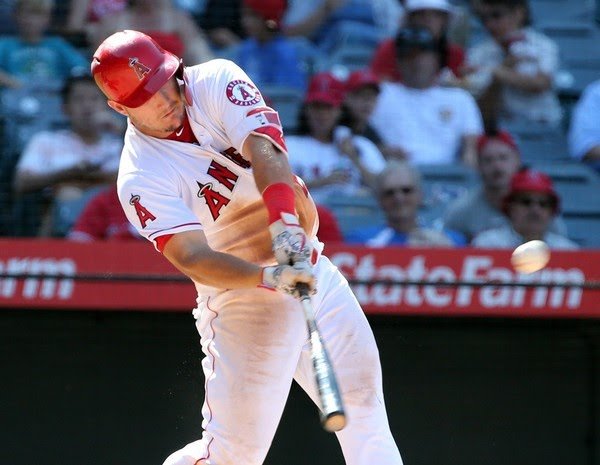 Free agency was once seen as a joyous occasion where a player can finally be paid his market value, and be secured for life. However, many high-profile players have signed lucrative extensions rather than test free agency. What is the reason for this change? When did it happen? Which types of players should go for free agency or extensions? To answer these questions let’s first take a look at the basics.

What is Free Agency?

Free agency is the stage in which a player can sign with any team for any amount of money that the two parties can agree on. The player must have accumulated the equivalent of six years of service time (172 days on the 25-man major league roster out of 187 total days), or have been released by his club.

The first two full seasons of service time are known as pre-arbitration. The team has total control over how much a player is paid, and to save money the team usually pays the player the league minimum or a salary figure close to it. As a result, during the pre-arbitration years many impact players are paid below market value.

When a player has accumulated three to five years of service time, they go through a process called arbitration. Arbitration is the process where a player and his team attempt to agree on the player’s salary for the upcoming season. However, if by mid-January the player and his respective club have not agreed to a contract, they both submit their own salary figures for the upcoming season. If the team and player cannot agree on contract within the range of the two submitted figures they go to an arbitrator the following month. The arbitrator decides whether the player is deserving of the figure he submitted, or the figure the team submitted. There is no compromise once the player and his respective club are forced into an arbitration hearing. In addition, in each year of arbitration the player tends to make more money. For example, Nolan Arenado received $11.75 million in his third year of service time, $17.75 million in his fourth year, and $26 million in his sixth year.

This information is important for several reasons. First of all, having an understanding of the long process to become a free agent shows why free agency can be such a celebrative time for a player. The players have a lot of more power to dictate their contract than the years prior and secondly, before free agency the team has a lot of control over a player, so the question remains…

Why Do Players and Teams Agree to an Extension?

If players are supposed to be paid a lot during free agency and have more control over their contract negotiations than why would they ever sign an extension? Besides wanting to stay with the same organization, the reason why players sign extensions can be explained in one word: security. Players will sign early mostly because of the contractual security a long-term extension can provide opposed to testing free agency. Free agency used to be about players being paid after all their success in the MLB; however, free agency is now dependent upon how good the players are projected to be during their new deal.

For example, in the 2013-2014 offseason Jacoby Ellsbury signed a massive 7-year/$153 million deal with the Yankees. At that point, Ellsbury was a celebrated major leaguer. He was All-Star, Silver Slugger (best hitter at his position), and Gold Glove recipient (best fielder at his position). He also came second for the AL MVP award. All of these accolades came in 2011, and he came nowhere near the same production prior to when he was a free agent. While, Ellsbury was still a solid fielder and baserunner at the time, the contract still seemed to be an overpay. Despite Ellsbury being a shell of the player he was in the 2011 season, he received that type of deal because he was an above average player during several periods of his career, and was fresh off a World Series title with the Red Sox in 2013. Now the Yankees have literally paid the price by giving Ellsbury a deal based on what he was, instead of what he became.

One stat that analysts use to measure a player’s value is $/WAR. WAR stands for Wins Above Replacement. This stat shows how many more wins a player contributes to his team than a replacement level player (0 WAR). $/WAR is a stat used to show how much money a player makes per 1 WAR. 1 WAR is the equivalent of around $8 million, so anything higher than that is considered a bad deal, and anything lower than that is considered a good deal. In his first five years with the Yankees Ellsbury has made around $106 million with the Yankees and has a bWAR (baseball reference WAR) of 9.2. Thus, his $/WAR is 11.5. As a result, he has been worth $-17.6 million since joining the Yankees.

There are many more instances of awful contracts around the league, such as Jason Hayward, Josh Hamilton and Albert Pujols, to name a few. Consequently, teams now tend to give out large contracts to players that will be worth the money in the future. As a result, players are going for extensions because a down year, or injuries might cost them a large payday during free agency.

That being said, why don’t teams wait out their players in free agency, rather than sign them to a lucrative extension? Well, free agency can still lead to some solid contracts. Bryce Harper just signed a 13-year/$330 million contract and Manny Machado signed a 10-year/$300 million deal. These two contracts are the largest in free agency history, and both signed by players in their mid-20s. On the other side of the spectrum, Dallas Keuchel and Craig Kimbrel are both on the wrong side of 30, and their production is starting to decline. While both pitchers are still elite, they were not the players they once were, and valued their worth at around $100 million a piece. As a result, both players remain unsigned as the season began. There are also inconsistent pitchers like Nathan Eovaldi (4-years/$67.5 million) and Patrick Corbin (6-years/$140 million) that had an amazing walk year (final year before free agency) and were paid handsomely.

Fortunately, there are a few takeaways from this year’s free agent class. Productive young players get paid, players with a good walk year get paid, but older players that value themselves too highly for future production won’t get paid (that highly). Free agents’ contracts are starting to become dependent on their walk year as well as their health. For franchises, there is still a real possibility of players being very good, having a walk year, not being too injury prone, or having a very serious injury. As a result, signing a player to an extension is a gamble, but it’s one worth taking. Most players, if the price is right, will strongly consider an extension.

Deciding between an extension and testing free agency is of course up to the player. Players such as Gerrit Cole, Trevor Bauer, and Mookie Betts (who turned down an 8-year/$200 million extension) are all quality players that should test free agency. However, at the end of the day, extensions make the players’ financial security guaranteed. Sure players might make more money in free agency, but at that point when a player can be a multi-millionaire or even a multi-100 millionaire player, does trying to add a few million more, or even a few tens of million dollars, worth risking their financial security?

The Myriad of Assets of the New York Mets: Callaway’s Weapons For Success.
DeGrom Justifies The Mets Opening Up the Piggy Bank