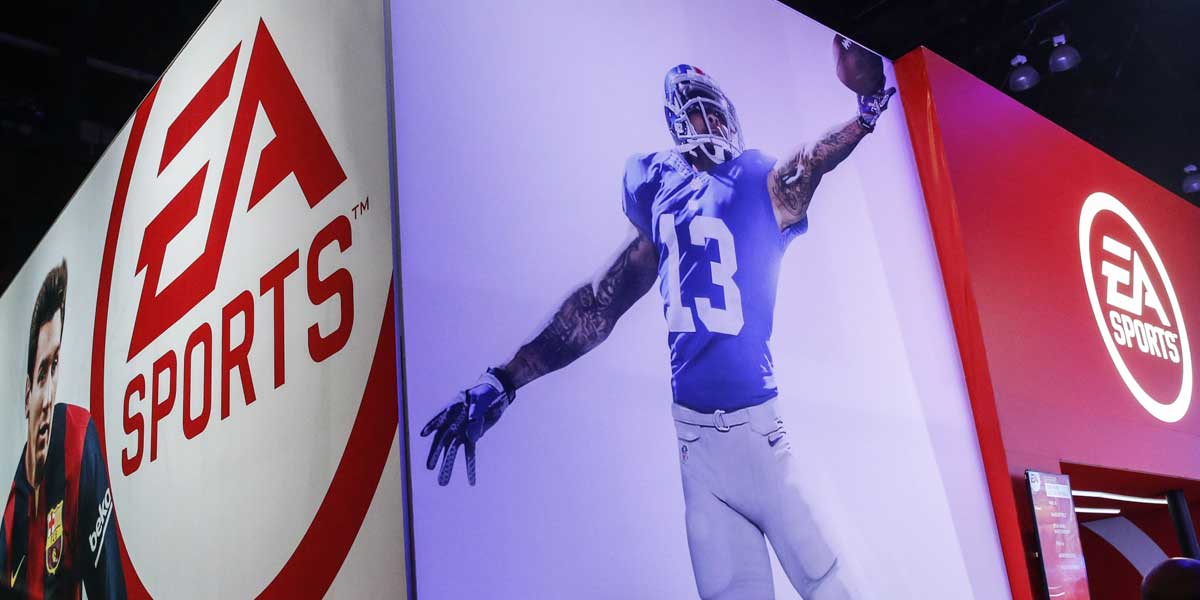 In a press release today, EA Sports announced the return of the beloved college football video game for Xbox, PlayStation, and other next generation consoles. You can read the full press release here:

The last time the video game was on the market, the cover athlete was then quarterback and Heisman contender Denard Robinson from the University of Michigan. That was all the way back in July of 2013. It was discontinued after the 2013-2014 college football season after disputes over player likeness.

For any slightly big college football fans, this news is huge! The NCAA video game was like Madden, but better. You got to hear the fight songs in the game, before and Oklahoma game you’d watch the Sooner Schooner, and of course, running the read option and regular option was amazing in video game play. Every year you’d get a new class of freshmen that you personally recruited. You could play that game for hours on end, and I’m sure some did.

EA Sports, a worldwide leader in interactive entertainment and sports gaming, teamed up with CLC, the nation’s largest collegiate trademark licensing company, to finally bring the NCAA football game back to the market. This partnership allows EA Sports to be the exclusive developer of simulation college football video game experiences.

For twenty years fans of college football were able to use their Alma mater, or their favorite team to climb to the top of the national polls, in the game of course. There were truly some amazing players in the EA Sports NCAA franchise. Past cover athletes were Tim Tebow, Desmond Howard, Barry Sanders, Mark Ingram, RG3, and Arkansas’ Darren McFadden.

To pay homage to the great news that EA is developing another college football video game, I present you with my top five players to ever play with in the EA Sports college football franchise:

Note: Have to love Gruden commentating in the booth.

Tim Tebow was one of the best college quarterbacks ever, and his player in NCAA 10 represents that. He’s runs like a fullback and has the elusiveness of a guy like Duke Johnson, a running back from Miami (FL). His arm was one of the best in the game, he can make any throw. What makes Tebow a step above the guys like Sam Bradford, and AJ McCaron, is that he can throw incredibly well on the run. He could be running directly towards the visiting sideline, and somehow turn and throw to hit a receiver on the home sideline. Tebow was so popular, EA Sports even used his “name” in the game. It was an accidental use but it is clearly seen in the game that a play formation is called, “Shotgun Twin QB Tebow-QB Blast.” EA Sports quickly denied this two months before the game’s release in 2009, Tebow’s senior season.

When the new version of NCAA 09 came out in 2008, it was one of the earliest versions where you could run the read-option or regular old-fashioned option. Pat White was insanely fast and had very good agility for a quarterback. He too, was also good at throwing on the run. However, the real reason you played with Pat White, was because then you got to run the read option with White, and the Mountaineers speedy tailback, Noel Devine. Devine was the fourth fastest player in the game, so when you had the chance to roll out with Pat White and Noel Devine, the opposing defense was going to give up a lot of rushing yards!

McFadden was probably the most complete running back in all of EA Sports NCAA franchises. He was incredibly fast and powerful, and newer to the game in 2008, McFadden was better than most receivers when running routes and catching passes. It also doesn’t hurt that he probably had one of the best college football backfields of all time around him in Felix Jones and Peyton Hillis. Hillis went on to grace the cover of Madden in 2012!

Even if he does make terrible choices on the field, Manziel was still a monster on the college football gridiron. His speed rating of 91 and acceleration rating of 95, are unheard of for a quarterback in the franchise. He also breaks tackles really well, and has above average accuracy throwing on the run. All in all it was just fun to pick the Aggies and watch as Manziel set hundreds of college football records.. in the game.

Well, what a way to end the day! The Super Bowl is less than a week away, the NFL Draft will be coming up in no time after the Super Bowl, and March Madness, if it happens, is just right around the corner. With my five favorite players in mind, who do you think I either missed in my rankings, or would have been down right unstoppable if the game was made past 2014. I mean just think about Christian McCaffery, Trevor Lawrence, the Bosa brothers, and even Chase Young. Those guys would be unstoppable in the game, they’re already unstoppable in real life!