George Hill’s Real Debut and What It Means 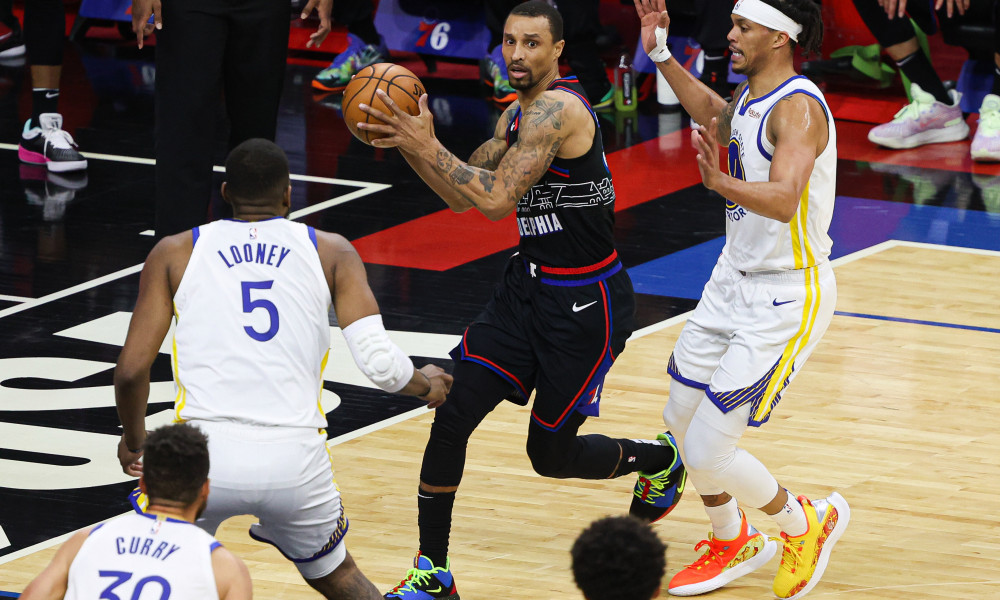 The Philadelphia 76ers have unfortunately dropped two in a row, and face the Milwaukee Bucks tonight in a tough back-to-back. The 76ers have been severely undermanned, missing two of their three stars in Tobias Harris and Ben Simmons. One reinforcement they have had however has been the appearance of George Hill. Finally returning to action after a broken thumb he suffered in January, Hill has been highly anticipated since the Sixers acquired him at the trade deadline.

So far, Hill has appeared in two games, both were unfortunately losses. Hill didn’t play much against the Golden State Warriors, and since he was only in for 17 minutes and it was his first action in months Hill gets a pass. Looking at this second game was far more exciting.

Hill scored 11 points of 4-5 shooting, including two threes in just 23 minutes. Double digits on good shooting is always welcome. Not only were the points encouraging themselves, the way that Hill scored them was important. He did it a number of different ways, most importantly off the dribble by himself. One of his triples was a step-back three which is a fairly rare sight on the 76ers. Most of Philly’s snipers are more of the catch and shoot type. Hill also displayed a solid handle and good touch around the rim on a few occasions. Having more guys that can create their own shot is always a massive bonus, especially on the bench unit. Shake Milton has struggled as of late, and Hill looks like he can fill that void if needed.

Hill was mostly brought in to run the offense, and he did that fine. He is still most likely learning the system and building chemistry, as especially early on he wasn’t always the initiator. Towards the end of the game though, he usually handled the ball and made some nice passes. Hill has never been a major assist getter and he had just two today, but he keeps the ball moving effectively and can dribble it up the court, which sounds easy but isn’t always. Hill can also run the pick and roll and make entry passes, which was pretty much a Simmons-only (and occasionally Curry) thing before. The highlight of his playmaking today was a gorgeous feed inside to Mike Scott, who did unfortunately fumble the ball, preventing the sure dunk.

Hill’s defense was also a selling point when the Sixers acquired him. He looked the part against the Phoenix Suns. Guarding Chris Paul is a tough ask for anyone, but Hill was active, energetic and he didn’t let anyone blow past him. It’s enough that he was in the 76ers closing lineup in a very close game against a very good team. It wouldn’t shock anyone for Hill to remain there if he continues to play well even when all the starters are back. He’s got an all-roundedness to his game that many of the 76ers don’t have. He’s got better size and defense than Seth Curry and better ball-handling and penetration than Danny Green. Hopefully can be near both in terms of three point-shooting.

In his two games, Hill has looked pretty meh in one and pretty great in another. Given his historical numbers though, this game against the Phoenix Suns seems more typical. He showed all of the skills that the 76ers wanted and needed when they traded for him, and he looks to be a great piece off the bench. With how he played today, Hill will be an integral part of the playoff rotation. With Harris and Simmons still questionable for both contests against the Milwaukee Bucks, Hill will definitely be necessary. Luckily he’s already shown quite a bit. His acquisition wasn’t the blockbuster many Philly fans hoped for, but his presence might just be the key to the 76ers’ championship hopes.