George Showed Out, But The Other’s Have to Play Better… 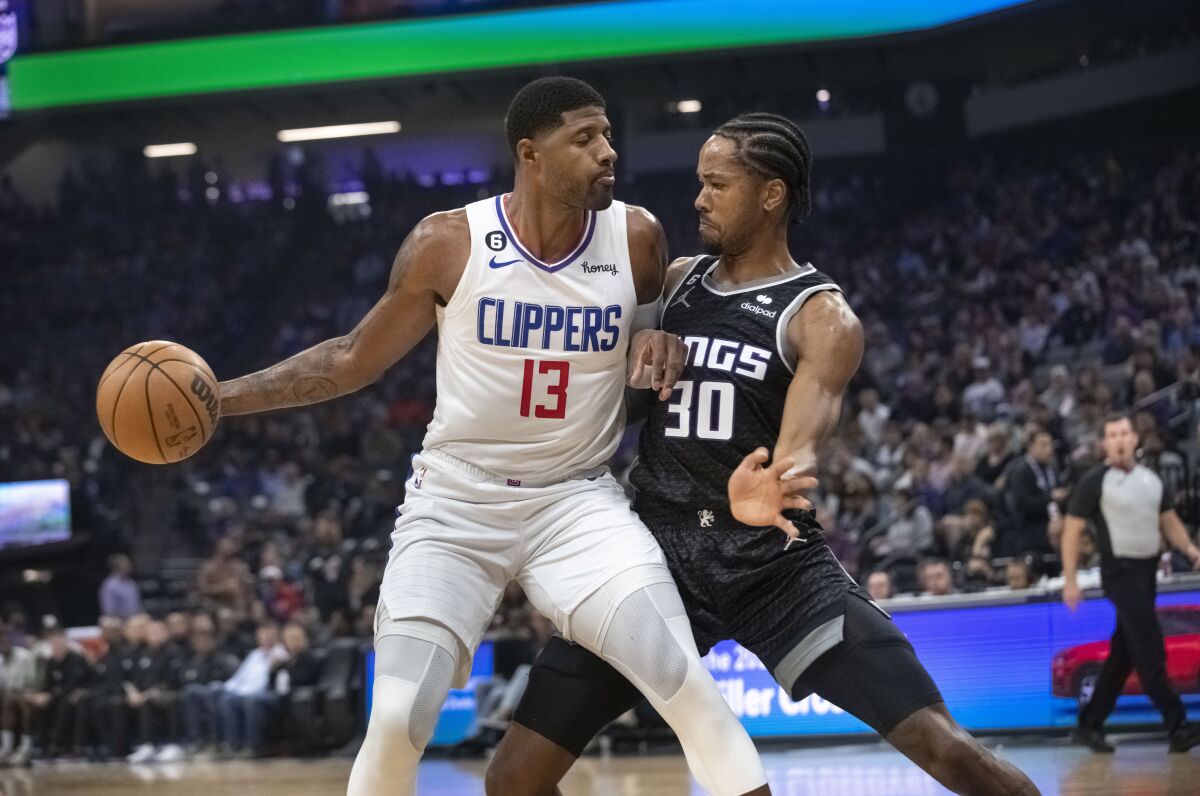 After an emotional opening night win against their cross-town rivals Lakers 103-97 on Tuesday night, the Los Angeles Clippers picked up their second straight win on Saturday night against the Sacramento Kings 111-109.

They got the win without Kawhi Leonard and John Wall, who sat out for knee injury management.

They got a superstar performance from Paul George, and it was much needed. He poured in a game-high 40 points and six assists (team-high) on 16-31 from the field. This is George’s first 40-pt performance since October 29th, 2021 at Portland.

George did not get much help offensively, so he had to be heroic. The other four starters had a combined 37 points combined.

“I thought he took his time and got to his spots,” Head coach Tyronn Lue said of George. “Down the stretch he really carried us … he has to be aggressive. (George and Kawhi Leonard) have to play at a high level and produce for us to win games.”

George or Leonard should not have to be special every night with the amount of talent on this roster that has been talked about all off-season. If one of them are out of the lineup, the other four starters should be able to pick up some of the slack and in this game they didn’t do so offensively. There’s going to be plenty of load managing throughout the season for this team and coach Ty Lue expects whoever’s number is called to play well enough to help the team win.

They didn’t hold up their end in this one against Sacramento, and George saved the day.

So when they play some of the elite teams around the league without one of their superstars suiting up for whatever reason, they can’t expect a performance like they got from George to save the day each time, because it’s  lot to ask of anyone. Now with Phoenix, the team that had the most wins a season ago waiting for them when they get back to LA, they’ll get a chance to play better it in front of their home crowd.