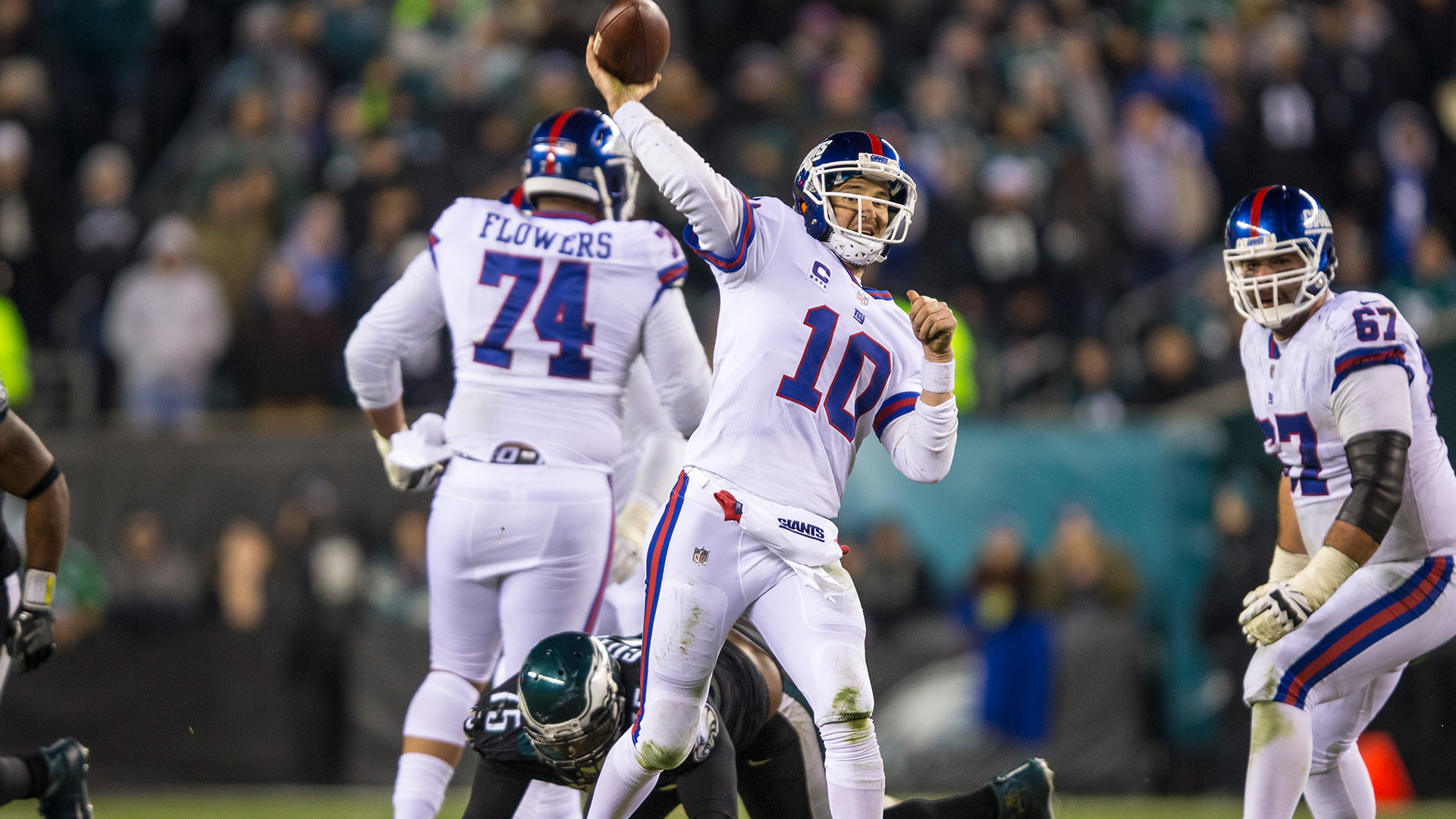 The Giants have just completed their first pre season game coming up short 20-10 against the Cleveland Browns at Metlife Stadium. There were some highs and lows to take away from the loss.

This has been the first time the Giants have been in Metlife since finishing off the 2017 campaign at 3-13 with a win against the Redskins. The team looks dramatically different.

We knew hours before kick off that wide receiver Odell Beckham Jr was not going to play. Odell was injured week five against the Chargers and had season ending surgery,

Coach Shurmer just playing it safe with Beckham who was initially hurt against the Browns in the 2nd week of preseason last year.

The topic of Odell’s contract negotiations is always an issue as he is in his last year and the team is just playing it safe.

The long awaited pre-season debut of #2 overall pick Saquon Barkley will be the talk of Metlife. Fans were excited as they feel this should be the best running back the franchise has had since Ahmad Bradshaw in 2008.

Knowing its an exhibition game his time will be limited.

2017 3rd round pick Quarterback Davis Webb will finally be able step on the field in pads and be able to show what he could do. He has been waiting for this opportunity since last season since the Eli-Benching debacle.

He has put a lot of time in during the spring and all of camp, so all eyes are on Davis Tonight!!

The heart and soul of the success this team can have will debut tonight. Will they give Eli the time to throw the ball this year and protect him.

He looks like he will be a stud running back as the first play of the game he was able to break out for a 39 yard run. Coach Shurmer commented during his post game news conference on the rookie’s opening statement into the NFL. “I loved his first run. If only they all could be like that. You could see, it wasn’t too big for him. He’s probably played before bigger crowds at Penn State. It really wasn’t too big for him and I think he took the next step in his progress to get ready for the season.”

Barkley broke down the play during his media session. “What I saw on that first carry, the offensive line did a great job of creating space and creating a hole. I was able to have patience and Evan (Engram) did an unbelievable job of blocking on the backside, and I was able to burst through the hole, make a guy miss and get up field.”

Barkley Continued “I think it was more satisfying to me just because of the scenario. We were backed up tight, to be able to get us out running from, I think we were on the 12-yard line, and then to break out a 40-yard run really [helped] our offense out and we had a great drive. We just got to find a way to finish it.  It was more exciting in that it was helping the team out, we were getting a drive started, starting off quick, more than making a first impression.”

The rookie impressed his teammates including Olivier Vernon. “That was impressive and that’s what you want to see. They brought him here just to see, you know, to be that horse in the backfield and make plays. He’s been doing that in the collegiate level and now in the big boy level. He’s very talented, I’m very happy for him and I’m just excited what the season has in store for him.”

The Offensive Line Was….. Better!!

The Offensive line looked a lot better and gave Eli Manning the protection he needed for the short time he was in the game. After loosing Westen Richberg, Justin Pugh, Bobby Hart, and moved Brett Jones and Erick Flowers to different positions, there were many questions on how they would play.

While protecting Eli, the line gave up only one sack but Manning was very positive about their performance. “I think it went well. I thought everybody was on the same page – making some calls, making some checks, changing some protections, and everything. I think everybody is doing the right things. No delay of games or those types of things. I thought the communication went smoothly. Now, it’s just cleaning some things up. We left some plays out there.”

Jon Halpio agreed as he felt there were positives to take away from tonight’s game. “I would say the running game early on. I think that was pretty good from the first run we had with Saquon (Barkley). That was a positive note. I think communication up front, getting everybody on the same page, blocking in the same direction, in the run game and the pass. I think that was pretty good.”

Halapio knows there is still more the line can do. “Just harping on the technique, identifying the defenses and finishing drives. Finishing drives is our emphasis, something that we struggled with last year.”

Second year pro Davis Webb finally had the opportunity to show what he can do. Tonight he struggled. Flat out he had a rough night as he was 9-22 with no touchdown passes.  Webb was asked what coach Shurmer said to him at half time to refocus. “Just kind of calm down and play. Guys know I can do it, there’s no doubt about that. I showed signs of it tonight, throwing check downs. They did a good job over there playing two deep, keeping everything in front of them. A few times I was close, I forced a few but I was a foot off for barely missing. At the same time, if I make those throws, we extend drives and get better chances of getting points on the board.”

Shurmer eloborated as well. “Davis gets a little amped up at times and that’s what causes the ball to sail a little bit, but he had his moments. He had some good plays in there.”

Eli gave an update on Odell Beckham Jr…This was a coaches decision. “Odell is healthy, he’s ready to go. He’s been practicing, he’s been doing everything. It’ll be good to continue to get him out there at practices, eventually get him out in some games, and get going.”

The Giants return to practice on Sunday and will continue their preseason schedule as they  play the Detroit Lions Next week.