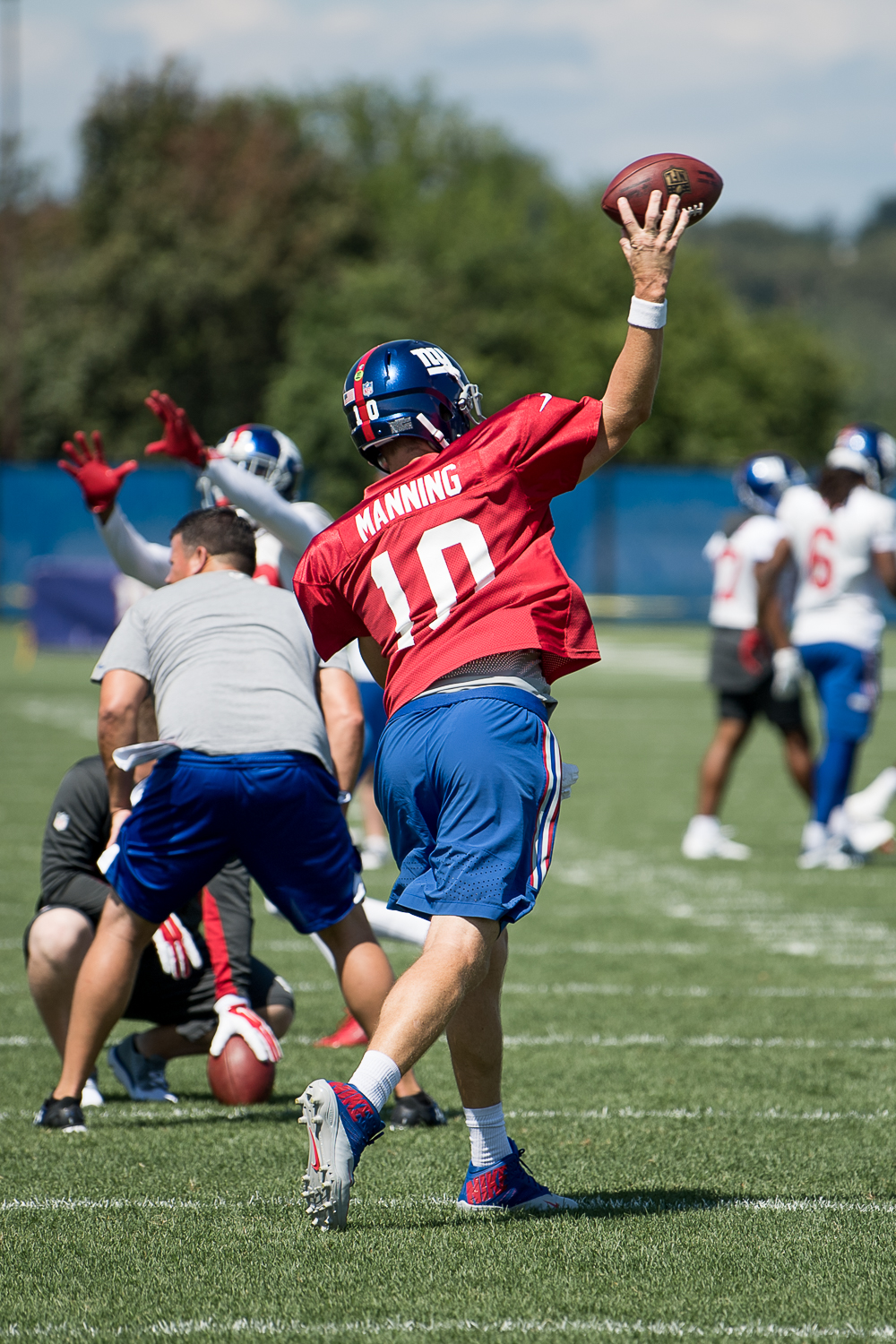 The NFL season opened last week with every team having a fresh start, new players, new expectations and a new found excitement level.

Missing from week one slate though was Dallas hosting New York. This was only the second time the Giants did not open the season against the Cowboys in Dallas since 2013.

One of the most storied rivalries in sports had become a fixture on opening day of the NFL season. Instead we witnessed the Giants struggle against the Jacksonville Jaguars and the Cowboys fall to the Carolina Panthers.

That all changes Sunday as both teams have a chance of redemption while looking to take a step and a leg up on the division race which is tied by Washington and Philadelphia.

The rivalry was renewed this past week as reporters asked Landon Collins about the Cowboys like of offensive fire power makes them more vulnerable. “Without Witten, it looks very different. Honestly, Dez was a big influence in their offense. Somebody that kind of took a lot of pressure off their running game. Now that those two guys are gone, it’s kind of phenomenal that they’re giving the ball to (Cowboys RB Ezekiel Elliott) ‘Zeke’, and try to keep the run game going.”

The Cowboys had some turnover during the offseason by loosing TE Jason Witten to retirement and cutting All Pro Wide Receiver Dez Bryant. The focus sits squarely on Running Back Ezekiel Elliot and Quarterback Dak Prescot to carry the franchise back to the playoffs.

Cowboys Head Coach Jason Garrett stated that moving on was difficult but he has trust in the new guys. “Obviously those guys have been really good players for our team for a long time – Witten for the last 15 years and Dez for the last eight years, very impactful guys. They played so well down and out, and they made these game-changing plays for a number of years. Certainly great players, we were lucky to have them, but we made the decision to move on from Dez and then Witten chose to retire. We feel good about the group that we have right now. They’re some different faces and time on task always helps, the more you do something together, hopefully the better you’ll execute it. I thought the biggest issue in the game the other day for us particularly in the first half was we got behind the chains so much early on, whether it was a penalty or a sack, some kind of a minus play that we were kind of swimming upstream and trying to survive the drive instead of really getting a chance to try to attack the defense and play with some good offensive rhythm. Hopefully we’ll do a better job of that this week and get more and more comfortable with the new guys that we have playing. ”

A lot of the Giants players feel the lack of weapons makes Dallas a little more running based team. Corner Back Janoris Jenkins is not new to the rivalry and stated that Dez and Witten not being there is a little weird. ” Yeah, it looks weird. We got to prepare the way we always prepare. Expect the unexpected and just play football. We understand that they got a good running game and they’re trying to pick it up in the passing game so we’re just going to take it one play at a time”

Alec Ogeltree, who is new to the rivalry was explaining what this looks like from the defensive perspective. “It’s definitely a difference just because you always knew those guys were going to be there for however long. Then all of a sudden, they’re not there. So, you’re kind of looking for them on the film, you see certain routes that the tight ends and the receivers run. Now you’re like, ah man that used to be Witten and Dez right there. They got a good group of guys there. They still do some of the same stuff, but it’s definitely a difference in watching them. ”

Eli Manning has had quite a storied career against Dallas as he played the Cowboys 27 times and has a record of 13-14 all time which includes a 6-7 record in Dallas. Eli and the Giants spoiled the opening of AT&T stadium back in 2009 as the Giants waled in and won a thriller 33-31.

Manning shared his thoughts on the rivalry on why its special and important.”You just know the personnel well. You know a lot of the players. You play them twice a year for a number of years. You know they’re always a good team. They’re in the division. They’re going to have you all scouted, just because you’re used to playing them for so many years. It comes down to you have to execute and going out there and making plays in critical moments.”

Head Coach Pat Shurmer met with the media and stated that this was just like any other road game. ” Expectation is to go there, play well, and win. That’s what we expect. We had our home opener last week. We don’t really think too much about that. We get ready to play the Cowboys and we go down there and play the game.”

He Continued “Really for a road team, the thing that affects you is the crowd noise, and we prepare for that regardless if we’re playing at night or during the day. That’s really the effect on the game and every away venue presents the challenge of overcoming crowd noise. We prepared for it and we’re ready to go.”

Wide Receiver Sterling Shepard knows the team must stay focused and tighten up the fundamentals of the game other wise it will be repeat of week one. “Yeah, everybody is going to play fundamentally sound. You don’t get that many opportunities as an offense against Dallas. They tend to keep the ball in their hands a while. This year, hopefully it’ll be different. We’ll get some turnovers, and get the ball back in the offense’s hands.

The rivalry is not for everyone as Odell Beckham Jr was honest by stating he looks at the game as another opportunity to play football and to showcase his skills. ” I don’t know. Yeah, it is a big game. It’s Sunday night, and all those things. It’s the Cowboys. It’s Jerry’s World, all that, but it’s like, you’ve been there. You’ve been there before. You’ve played against them a few times. Not to say that it’s going to be any different. I just think you got to watch your emotions and just know that I’m going to be excited just to be back on the field, period. Whether it’s Sunday night, 1:00 (p.m.), 10:00 a.m., in London, wherever we’re at, I’m excited about playing.”.

Giants Fall to Jags In Opener With Many Positives
Big Blue Report: Fall Out From Dallas!!