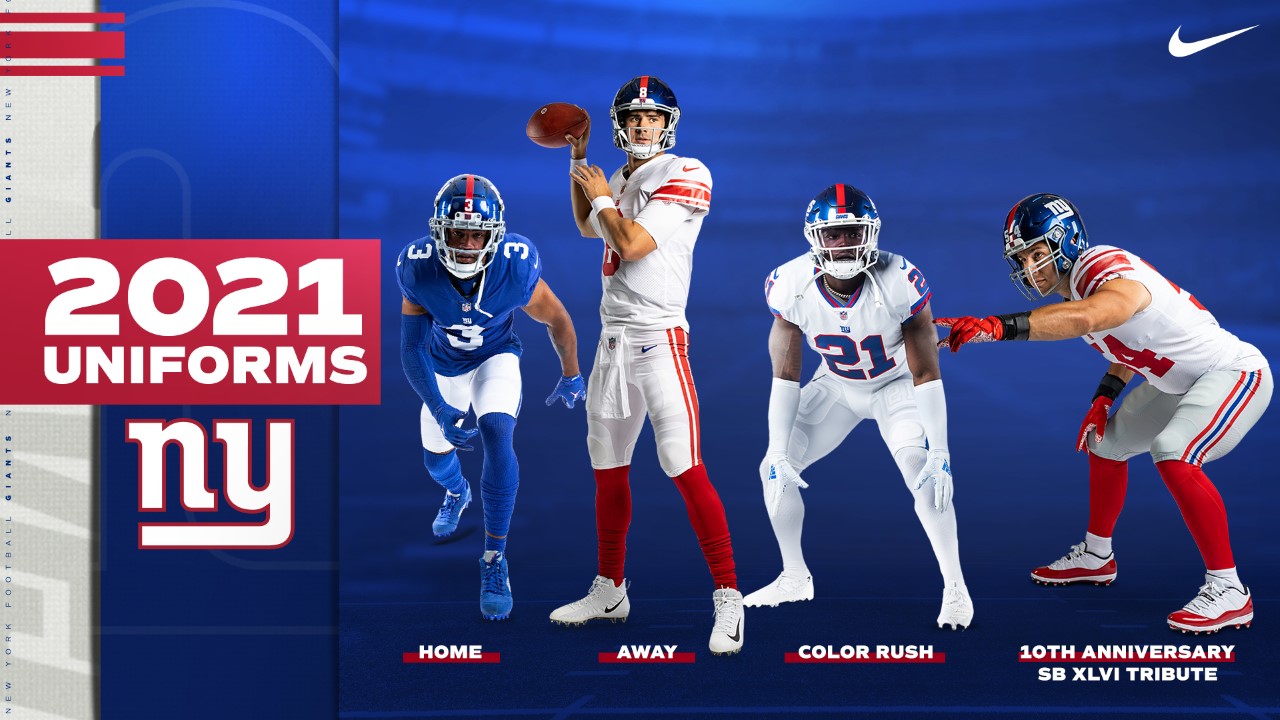 The Giants announced their 2021 uniform schedule today, presented by Nike. They have added a new road uniform this season. They also will be allowed to wear their color rush uniforms up to three times. Finally, to celebrate the 10 year anniversary of the 2011 Super bowl win they will wear the same uniform from that game in Week 7 at home vs the Rams.

President John Mara on wearing the Super bowl uniform this season to celebrate the 10 year anniversary: “The 2021 season is special for many reasons as we celebrate the anniversary of the Super Bowl XLVI championship team, Eli Manning entering the Ring of Honor, the jersey retirements of Eli and Michael Strahan, and of course, fans returning to MetLife Stadium,”

“The uniform lineup is an exciting extension of the year-long celebration.”

The new road uniform will consist of white pants with a white jersey. They will debut this uniform in Week 4 at New Orleans. The new white pants are white with red stripes down the sides of the legs. It is the same pattern that is on the sleeves of the away jerseys.

The all white color rush uniforms will return for a 5th straight season. They can wear it a maximum of three times this year. They will be worn at least twice. They will wear them back to back weeks against Tampa and Philadelphia in week 11 and 12. We will see if they decide to wear them one more time later in the year.

The traditional home uniform will remain the same. Blue jerseys and white pants.

Coach Judge weighed in on the uniform schedule release:
“We’re an old-school team that appreciates and respects its past while also looking to the future, and these uniforms reflect that,” Giants Head Coach Joe Judge said. “Our players take pride in wearing the Giants uniform. Just as importantly, I think our fans are proud of what the uniform represents.”