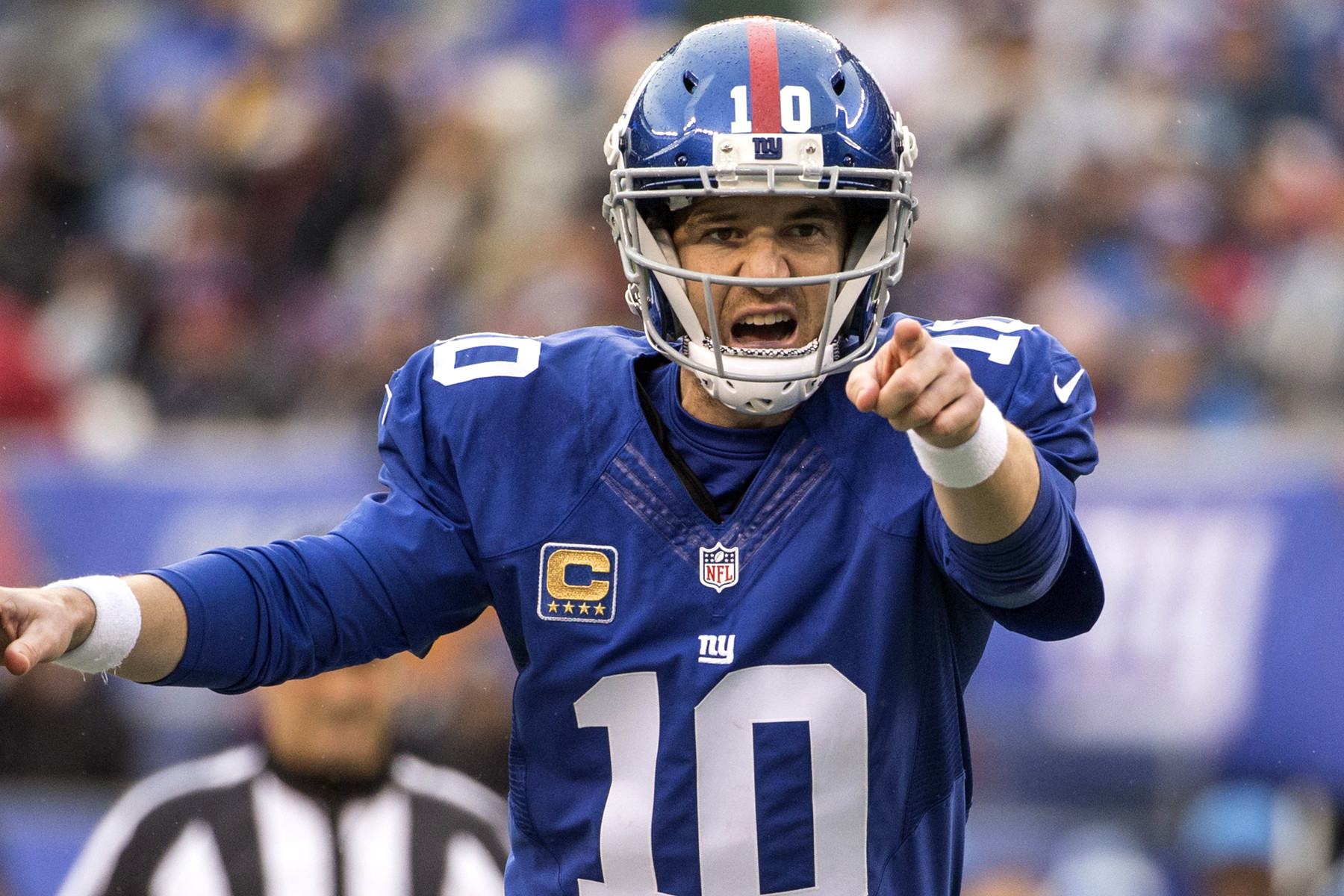 This was not the way the season was suppose to be but it ended with optimism. The New York Giants finished the 2017 campaign with a 3-13 record and a 18-10 victory over the Washington Redskins.

With the win and a win by the Colts over the Texans, the Giants clinched the # 2 pick in the upcoming NFL Draft. A pick that has a lot of value and offers a lot of options for a team that finished 3-13. We will discuss more of the options in the next few weeks.

The win snaps a five game loosing streak and gave interim Head Coach Steve Spagnuolo his first win since taking over for Ben McAdoo who was fired in the beginning of December.

After the game Spagnuolo spoke to the media on how important this win was for the current team and for the future. “Needless to say, really happy for our football team, the organization and the way we played today. I got to look at the film and all that, but it felt like Giants football. Ran the ball. Played good defense. Stopped them on third down. We probably would have liked to have converted a few more third downs ourselves, but I just so congratulate all the people involved. So happy. I appreciate them tremendously. I tried to convey that to everybody in there and it just feels really good. We’ve been chasing the feeling of being in a locker room on a Sunday or an NFL winning locker room. It feels special – all the work you put into it and it’s a week by week thing. But, the work you put in during the week is demanding. Our players, our coaches, they go through a lot. Our football staff. And, it’s rewarding. Prior to that, hadn’t been great, but this feels good and I think the organization can carry this into the next season.”

The Giants ran the ball extremely well led by Orleans Darkwa who rushed 20 times for 154 yards and a touchdown on what might be his final game with New York. Darkwa noted how important it was to establish the run game in the below freezing tempatures. “It’s definitely important. This is football weather. When it gets cold they’re relying on the run like most teams do. So, there was definitely more emphasis on it going into this week. We had a good week of practice going into it and a great game plan to execute.”

Darkwa ran for a 75 yard touchdown on the 2nd play of the game to help set the tone for the rest of the game. “It was the gap speed. Pulled. Made a nice little block once we got out there it was secondary. Something I’ve been telling you all I’ve been trying to focus on making the finishes in the secondary all year. D.J. Swearinger tried to swipe my feet. Once I got up there, I tried to put on the burners, so I was able to get out there and everybody did their part. That was really it. Everybody made that play.”

Eli Manning again under center for Big Blue finished 10-28 for 132 yards passing, one touchdown pass and an interception. Eli had a group of young receivers as injuries ravaged the receiving core through out the season. In fact Rhett Ellison was the only player active and in uniform from the opening game of the season to catch a ball from Manning.

After the game Eli praised the young receivers on the effort they put in today. “I thought Hunter [Sharp], obviously got a touchdown, ran a great route, got a touchdown right there, so made some nice plays for us. [Marquise] Bundy, I don’t think we got him a catch, we tried to get it to him a few times. So, he’s still a young guy, got some learning to do. But I thought Travis [Rudolph] made some plays. We didn’t do a whole lot in the second half, but our offensive line started firing it off, I thought played well. There was some popping going on up front, so that was good to see.”

Eli also mentioned even though it was only the third win of the season, the win was very important to the locker room “It wasn’t the prettiest game I’ve ever had, but to get this win, feel good for Coach Spags, for all the coaches. It’s not just been tough on players, this is tough on the coaches and the fans and everybody. So, it might not mean a whole lot when you look at it to get the third win, but it does mean something to the players. Guys have been working hard, they’ve been competing, they’ve been giving great effort all year and just to get a win and feel good in the locker room and have some cheers and have some hugs and kind of end this tough year on a good note is special.”

The Giants have locker clean out day tomorrow and will be looking to start their head coaching search ASAP with new GM Dave Gettleman and John Mara interviewing multiple possible candidates.

Redskins-Giants Pre-Game Notes
Which Giants will be back? The Players Weigh In!