Giants Defense Beaten Up in Week 1, but Mindset Still Positive 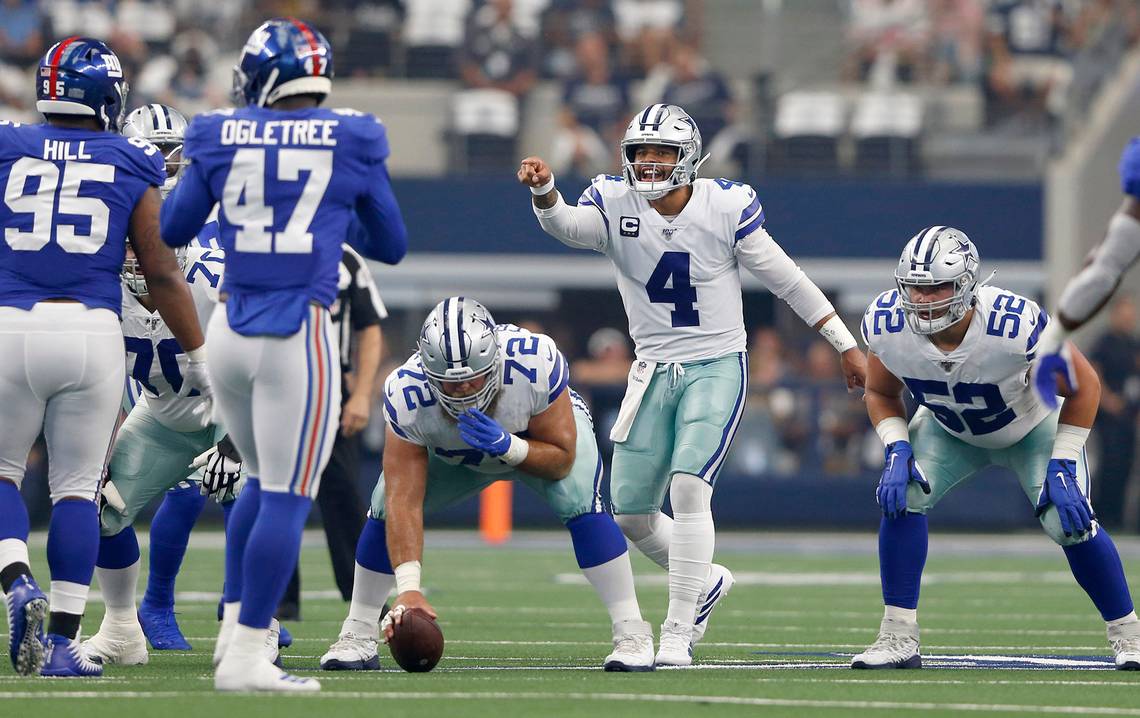 The New York Giants are 0-1 to start off the 2019-2020 season. They lost to the Cowboys 35-17 in Dallas on Sunday. After going up 7-0 in the first quarter, the wheels fell off and the defense could not contain the Cowboys.
The Cowboys scored on five consecutive possessions from the first through the third quarter.

The touchdown drives for the Cowboys consisted of 75,93,83,75, and 89 yard marches into the end zone. The Giants defense was getting carved up all game, and it was pretty embarrassing to watch. Prescott finished with 405 yards and 4 touchdowns.

Coming into the game we knew the Giants defense was shaky. After Sunday it is confirmed that this group needs a lot of work to get where they want to be. Alec Ogletree, who registered 4 tackles on Sunday, and who is a leader on this defense revealed what he learned after watching the game film, “We just had a lot of little mistakes that turned into big plays. When you play a good team like that, they are able to do that to you.

Like I said, it’s disappointing the way we lost. We know we are a better team than that. It’s a long season, and that’s only one game. You can’t win them all, but we definitely hate the fact that we didn’t do better than what we did and what we were hoping for. We have another opportunity this week to go out there and get that bad taste out of our mouth.”

Ogletree is aware that you can’t make any mistakes, especially against a potent offense like the Cowboys have. It is just one game, and Alec still believes in this defense. Sunday’s play doesn’t change his mind on what he expects this year. “No, it doesn’t. Like I said, it’s a long season and this is one game. We have the right people, we have the right scheme and everything. It’s just a matter of going out there and doing it. You can’t talk about it, you have to go out and do it, and we definitely are going to do that. My confidence hasn’t been shaken in our defense. I know we have a great defense here, and it’s just a matter of us doing it, and doing it on Sunday.”

Blake Jarwin had a 28 yard touchdown reception for the Cowboys. He caught the ball with nobody around him. It was one of the many miscues by the Giants defense. Ogletree commented on that particular play, and what attributed to that and the rest of the blown plays.

“A little bit of missed details” sasid Ogeltree. “Everybody was in the right call and everything, but if you’re not looking at the right thing, you won’t see it. It goes right by you. It kind of took turns doing stuff like that. Like I said, we just weren’t in the right position to make those plays. When you play a good offense like that, they’re able to pick up on those mistakes that you have and get you big for it. It’s one game. Our confidence isn’t shaken, for sure. It was disappointing to lose in that fashion, but like I said, we have another opportunity this week to change that narrative and go out there and be the defense that we want to be.”

Week 1 is over and in the past now. The team must learn from Sunday and make strides to get better for week 2 and beyond. The Giants host the Bills on Sunday. Buffalo is coming off a 17-16 win against the New York Jets in week 1. It seems like the mindset of this team is not shaken so we will see on Sunday if they can bounce back and play winning football.