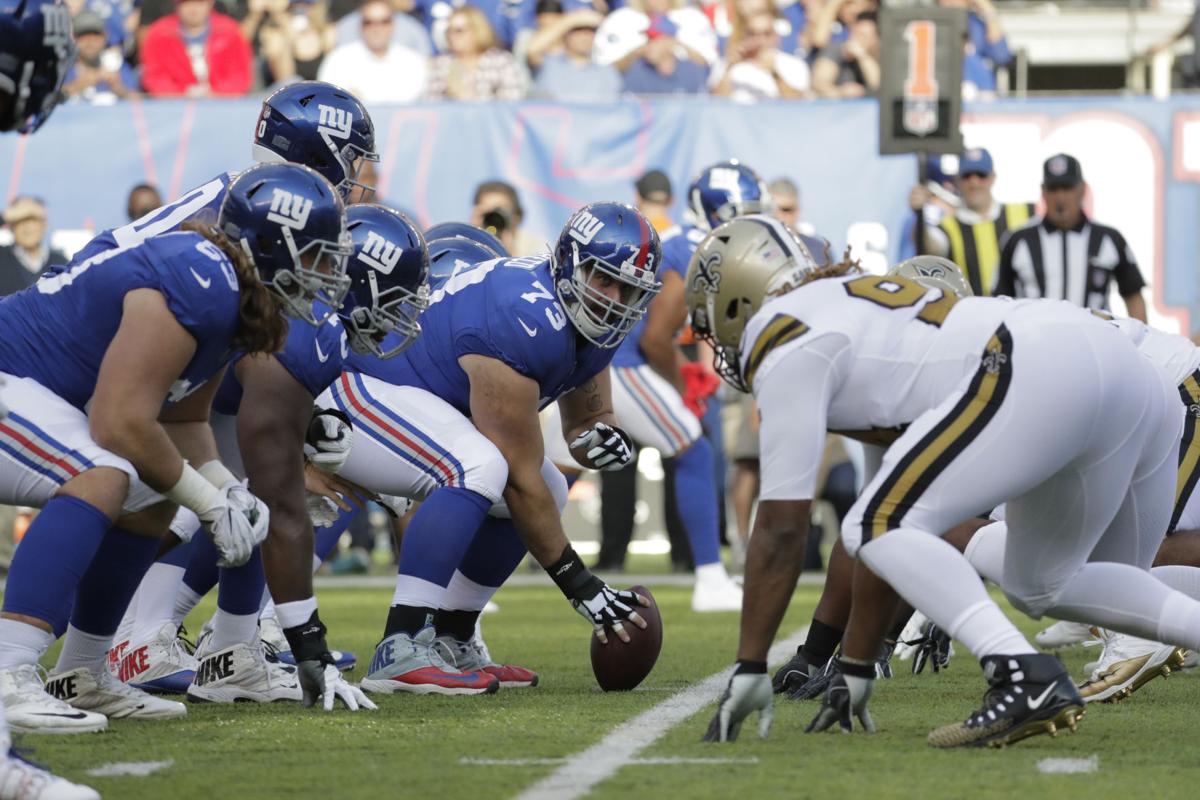 The Giants travel to North Carolina this week to take on the Panthers in their third road game of the 2018 season. Kickoffis scheduled for 1:00 P.M. ET in Bank of America Stadium. In a series that began in 1996, this week’s game marks the 10th meeting between the two teams, with the Panthers leading the series, 5-4. The last time the Giants faced the Panthers was on Dec. 15, 2015 in MetLife Stadium, where the Giants lost, 38-35. A win on Sunday would tie the series vs. the Panthers at 5-5, and give the Giants a 3-2 record on the road.

Carolina become the fourth team in the Super Bowl era to start a season 14-0 after kicker Graham Gano hit a 43-yard field goal as time expired to give the Panthers a 38-35 victory over the New York Giants. The Panthers exploded for four touchdowns over a 16-minute span – two in the final minutes of the first half, two more in the third quarter – to build a 35-7 lead with 3:52 left in the third quarter before the Giants came roaring back. Giants tight end Will Tye caught a 14-yard touchdown pass. The Panthers punted. Running back Rashad Jennings rambled 38 yards for a touchdown. The Panthers had a field goal blocked. Cornerback Charles Tillman – playing for the first time in five games – briefly stopped the bleeding with an interception in the end zone, but then a fumble put the Giants right back in business and running back Shane Vereen scored on an 8-yard pass.

Finally, with 1:46 to play, wide receiver Odell Beckham, Jr., caught a 14-yard touchdown pass from Eli Manning on fourth-and-5 to even the score at 35. While the defense watched, Newton and the offense pulled it out. Newton was 3-for-4 on the final drive for 37 yards, and his 10-yard scramble in the final seconds – which gave him exactly 100 yards on the ground to go with 340 passing yards – set up Gano for the game winner. Newton was unstoppable earlier in the game as well, throwing for five touchdowns in the first three quarters – the third time he’s tossed five in the last five games after never doing it through his first 71 career games.

Newton is the first player in NFL history with 300 or more passing yards, five or more passing touchdowns and 100 or more rushing yards in a single game. The teams traded touchdowns midway through the first quarter, with a 47-yard run by Newton setting up a 3-yard touchdown pass to Ted Ginn,Jr. The Giants answered the 88-yard march with an 80-yard one, capped by a 27-yard pass from Manning to Rueben Randle. That’s where the score remained until the final three minutes of the half.

Tillman forced and recovered a Jennings fumble with 3:30 left in the half to start the roll. Carolina cashed in two plays later, when Newton spotted Olsen running free off a play-action fake on thirdand-1 for a 37-yard touchdown. The defense forced a three-and-out to get the offense the ball back with 1:24 left, and Newton directed the Panthers 72 yards, finishing it off with a 14-yard touchdown to Devin Funchess with 15 seconds left for a 21-7 halftime lead. The offensive success continued in the second half, with Newton hitting Corey Brown for a 20-yard score and Ginn for a 14-yard score in the first 10 minutes of the third quarter for a 35-7 lead.

Saquon Barkley on the Carolina Defense: “We’ve got to get back to the basics. We’ve got to kind of do what we did the first drive against other teams, continue to have that momentum, that first drive epitomizes what we’re capable of doing on the football field and we have to have that mindset. It’s definitely going to be a tough challenge against the Panthers this week, a great defense led by (Luke Keuchly) who is an amazing talent, amazing player, but I think that we are willing enough and we’re ready to be able to match up with these guys and start to get it going on the offensive side of the ball. ”

Olivier Vernon on Cam Newton: “He’s capable of doing that because he knows he can make plays with his feet and he’s going to try to put you in that type of position. He’s just a special quarterback that has the capability to do a lot of things. All we can do is focus on playing our assignments and trying to get the job done right.”

Odell Beckham Jr. On If He Is Frustrated: “I always hear the word frustrated. I’m sorry, it’s funny. Yeah, there is a lot of attention that goes on me, there’s times I’ve been in that red zone and I watch the nickel who’s over me covering me, the linebacker drop out to my side, the safety be over the top. There’s a lot of attention that goes there, so I joked with everybody in here, I was like, you know that I’m coming back off the ankle surgery, I’m thinking maybe I’ll get a chance, you have to prove yourself, and it’s like they just jumped right back into what they were doing last year, doubling up and doing those things. We just have to find ways to get around that. ”

Eli Manning on the Panthers Defense: “They have a good defensive line. They do a good job bringing different pressures, moving around. We just have to make sure we’re all on the same page, understanding our assignments, where we’re going and if we get everything blocked up, here’s a chance to get the ball down the field”

Manning on Taking Chances Down the Field: “If you think you can complete the pass then you throw it. If you don’t, if it’s a risk, a turnover or throwing it into double coverage then that’s not what it’s about so yeah you try to put your playmakers in a position to get open and that’s what we’re doing. Sometimes they take away certain things you got to check it down and try to get a first down and move the chains and live for another down, another opportunity coming up.”

Panthers Head Coach Ron Rivera on Giants GM Dave Gettleman: “I really appreciated working with Dave, I like who he is as a person and as a scout. He really understands and knows players, he came in with the philosophy of we were going to bring in big guys up front because they allow you to compete, and it worked for us, it worked very well for us. We’re still seeing the aftereffects of the players he brought in. It was a very positive situation, I really enjoyed working with him. He’s a northeast guy and you can feel it when dealing with him. The one thing with Dave, Dave was always upfront, a straight shooter, very honest – brutally honest, almost to a fault – but he was a lot of fun to be around.”

Rivera on Saquon Barkley’s Growth: “That’s the natural progression in a game. His first run could go for 80 yards, and then his next 10 could go for two, then all the sudden he hits one for 8, 10, 15, 20. When a back starts out and they go 8, 8, 8, 8, 8, hitting good numbers all the time, then there’s something wrong with the defense. When it’s 2 here and 5 here and 2 here and 4 here, then there’s a 15-20 yard pop, that’s because everything got put together at that point. It’s a little bit of him, it’s a little bit of just the way the game is. The young man has got tremendous balance, speed and power. I texted Dave Gettleman almost immediately after they drafted him because I really like who Saquon Barkley is and who he’s going to become for them. ”