Giants players, coaching staff locked in on the upcoming season 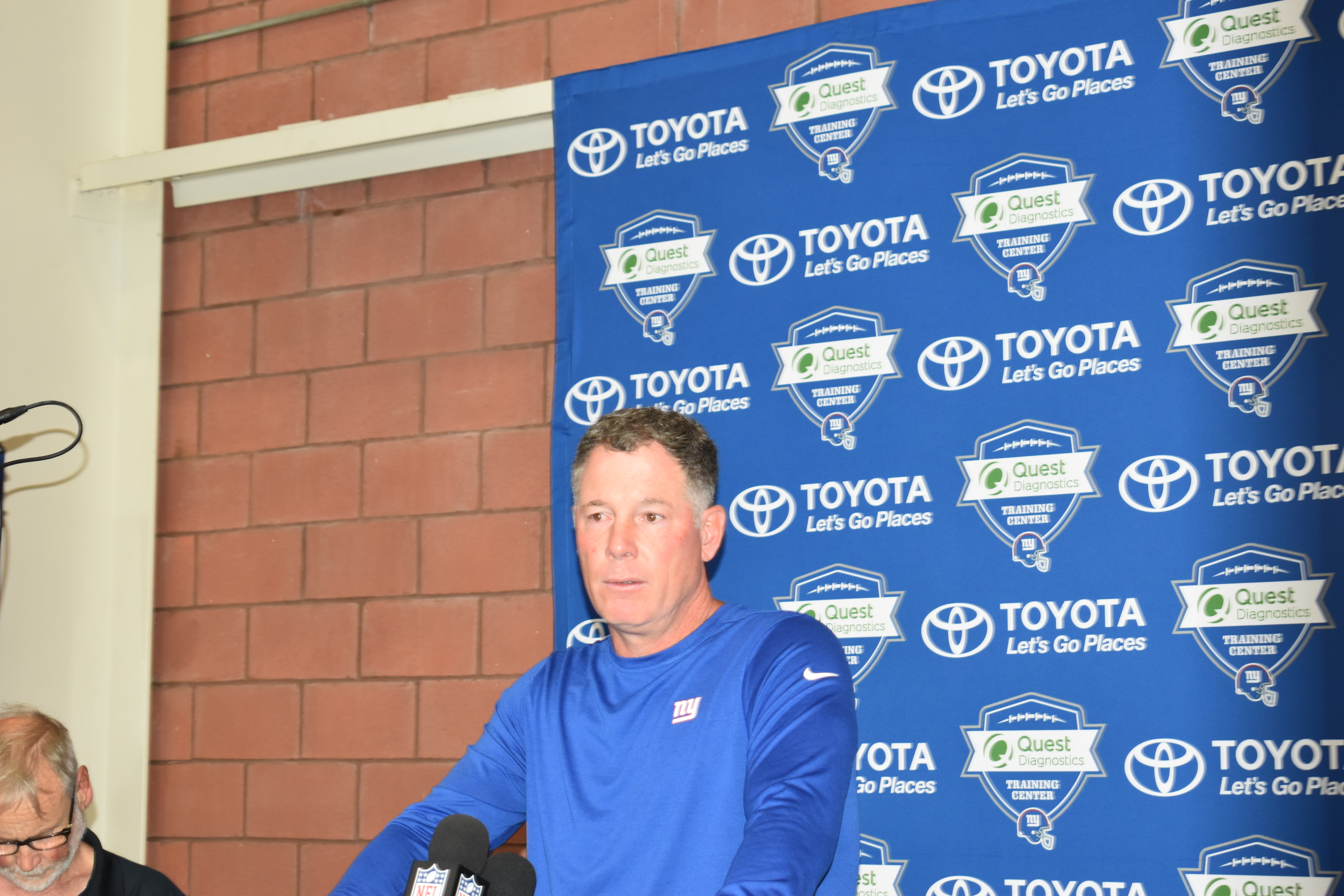 Training camp for the New York Giants has begun. There are 5 weeks until the start of the new season, and the Giants are trying to get everything in order before week 1. All the players are in camp, and now it is time for the coaches and staff to get this team to a 53 man roster.

Coach Shurmur was asked, where has the team has made the most progress since spring, and where do they they stand on what they still need to work on? His response, “Where we’ve made the most progress, I think, is the familiarity with the schemes on really all three sides of the ball, so offense, defense and special teams.

I think our younger players have come further this year than maybe they did last year. Those are probably the areas (we’ve made the most progress). This is a critical week, as you get into the second week of training camp, so to speak, because our next off day will be Sunday, then we start to get into training camp slash game prep stuff for the preseason game. We’ve got a long way to go, I think, to get where we need to be. But I think it’s a good first week.”

Coach Shurmur understands that their have been crucial strides since spring. He also knows that this team has plenty of work to do before September. Coach is more impressed with this year’s rookies than last as far as understanding schemes and systems. He believes this is the case because the staff has locked in on what they want. Coach stated, “First year to first year, I think, because our systems are more in place.

As the rookies are getting caught up with the schemes and playbooks, second and third year players along with the rest of the team are preparing for the season in different ways. Saquon Barkley is entering his 2nd year in the league. He is coming off a 2,000+ yards from scrimmage year. Barkley also won the rookie of the year award.

Running backs coach Craig Johnson knows the talent he has at running back. When asked, when you have a special back like Barkley, how difficult is that for a defense? How important is that for an offense? Coach Johnson says, “I think one thing that helps with the passing game is if a lot of eyes are on the back, because they’re concerned about what he’s going to do in the run game.

It allows the tight ends and receivers to maybe get better releases in their routes, a little bit more space to work. That’s how the game kind of has become.”

Saquon is going to be the focus of all defenses. Whoever the Giants play, they will concerned about stopping #26 first. Saquon must know this and be prepared every time out that he is going to get extra attention.

Coach Johnson on if Saquon understands that defenses will be more focused on him this year,“I don’t think there’s any doubt in my mind because of all the success he had from a year ago. That’s just part of the game. You deal with that. Being the target of a defense, if you have a really good season the year prior, the defenses are geared, and they’re tremendous in the NFL, and they’re going to try to take away what you do best. So, that’s what we’re going to try to work on to keep expanding him, as with all of the backs, to try to be better in all three phases.”
The other big story at the start of training camp is the QB situation. Daniel Jones was taken with the 6th overall pick in this past year’s draft. Eli Manning, though, has been named the starter for week 1 already.

Eli is the Giants guy to start the season there is no doubt about it. Jones is probably going to get some work with the ones though. When Coach Shurmur was asked if he would like to see Jones behind the starting offensive line at some point, he said “At some point. At some point, it might happen. We have a plan for how that’s all going to play out. We’ll just let it unfold for you.”