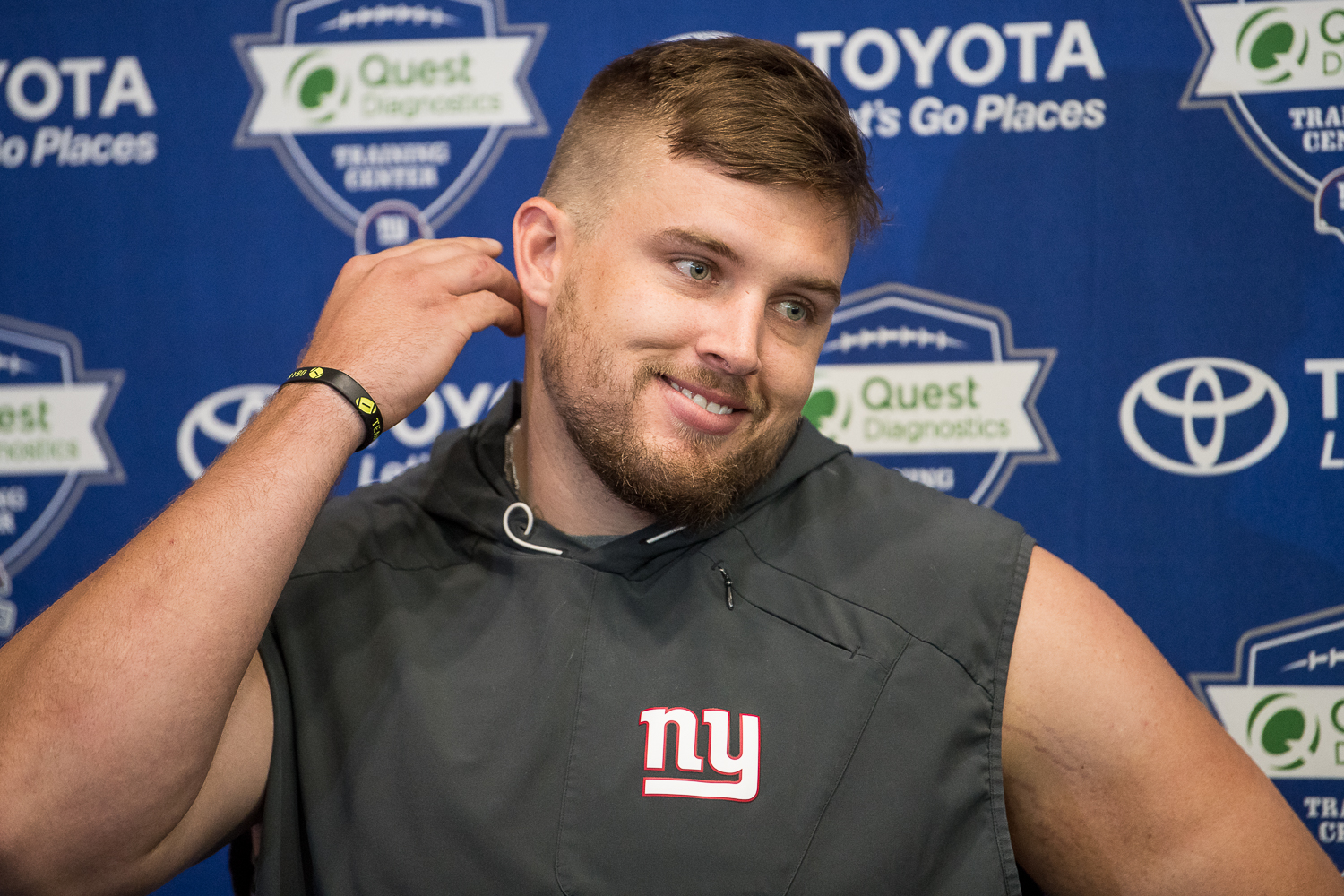 -Weston Richburg in the concussion protocol, the Giants today signed another center, Jon Halapio, off their practice squad.

Halapio played in all four preseason games, including a start at left guard in the finale at New England, before he was waived on Sept. 2.

Halapio entered the NFL as a sixth-round draft choice by the New England Patriots in 2014. He was subsequently with the Denver Broncos and Arizona Cardinals before returning to New England for training camp in 2016. Halapio has not played in an NFL regular-season game.

-The Giants signed lineman Anthony Fabiano to the practice squad.

Fabiano, 6-1 and 303 pounds, played in four games for the Cleveland Browns last season. He started at center in the season finale against Pittsburgh. Eventually he was waived by the Browns on Sept. 2 and was on the Washington Redskins’ practice squad from Sept. 4-11.