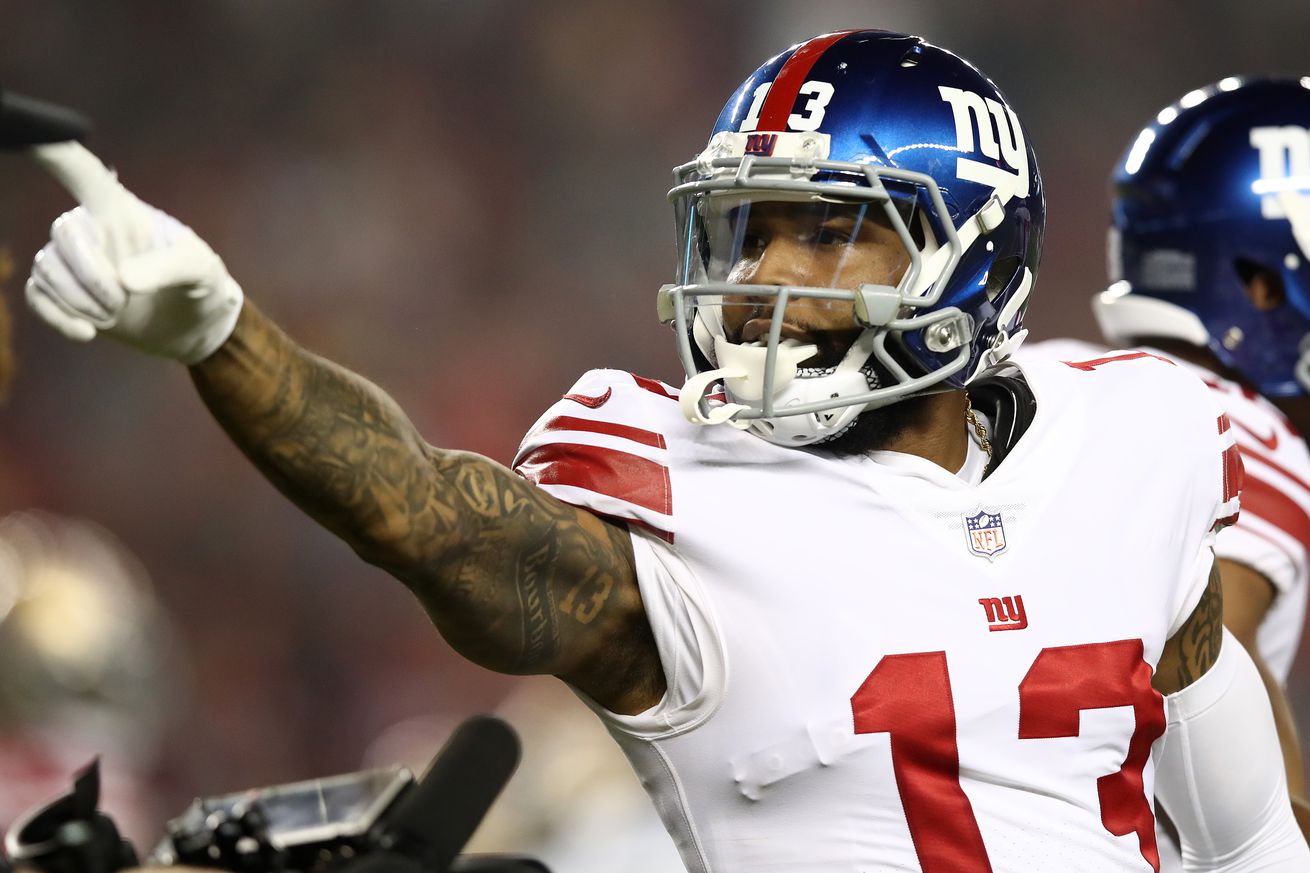 San Francisco California- The New York Giants let a sigh of relief out late Monday night when Sterling Shepard caught a three yard touchdown pass from Eli Manning with 53 seconds left to give Big Blue a 27-23 win over the 49ers. The sigh was the feeling of joy as this became the Giants second win of the season and snapped a five game loosing streak.

Eli and the Giants avoided a deja vu by having the same record going into the same stadium as last year with the same record looking at the same outcome. These was two team playing desperate, ugly football with Big Blue coming out .

Late last week during his media session, Odell Beckham Jr. stated that the Giants needed eight more wins to get to to a familiar successful Giants record. “Win eight games. Go 9-7 and go to the playoffs. Giants been there before, 9-7 and got to the playoffs. I think they did pretty good, so that’s the goal. It’s not an easy task, but that’s the goal. We want to win every game, and do anything I can to help that.”

“Yeah. I worry about this game and winning the first game, but no, I think it’s great.” Said Head Coach Pat Shurmer durng his media session on Saturday. “I think that’s the important piece. You go out, you fight to win every game and then at the end, you add them up.”

Beckham backed up his case as he had four receptions with two touchdowns for a total of 73 total yards. After the game the star receiver praised the O-line. “We did it with all three phases of the game but we have to give credit to the O-line and Eli was amazing.” As he explained to members of the ESPN Monday Night Football crew. “We need more seven more wins”

Eli Manning had a tremendous game as he was 19-31 for 188 yards and three touchdown passes. The key was Manning was only sacked one time, a huge improvement from their previous outing against Washington when he was sacked seven times.

Excellent protections by the offensive line gave Eli the ability the time to make plays which led to a big win.  “It means a lot,” Manning said. “That’s what I told the guys this week. We’ve worked too hard not to be rewarded with wins. … We just weren’t able to get some of the outcomes or make the plays we needed to win. Today we were able to do that.”

Manning  led the late game-winning drive with help from a pair of third-down penalties against Malcolm Smith and Ahkello Witherspoon. This kept the drives alive.

Saquon Barkley then had a 23-yard catch to get the ball into scoring position and Manning connected with Shepard on third down to give the Giants their second win of the season.”I just saw man-to-man coverage,” Shepard said to reporters after the game. “That’s something we’ve been practicing. I was able to capture the outside edge and Eli put the ball in a perfect place.”

We will have more on the Giants Big win on Tuesday night including thoughts of head coach Pat Shurmer and some of the key players from Monday night.