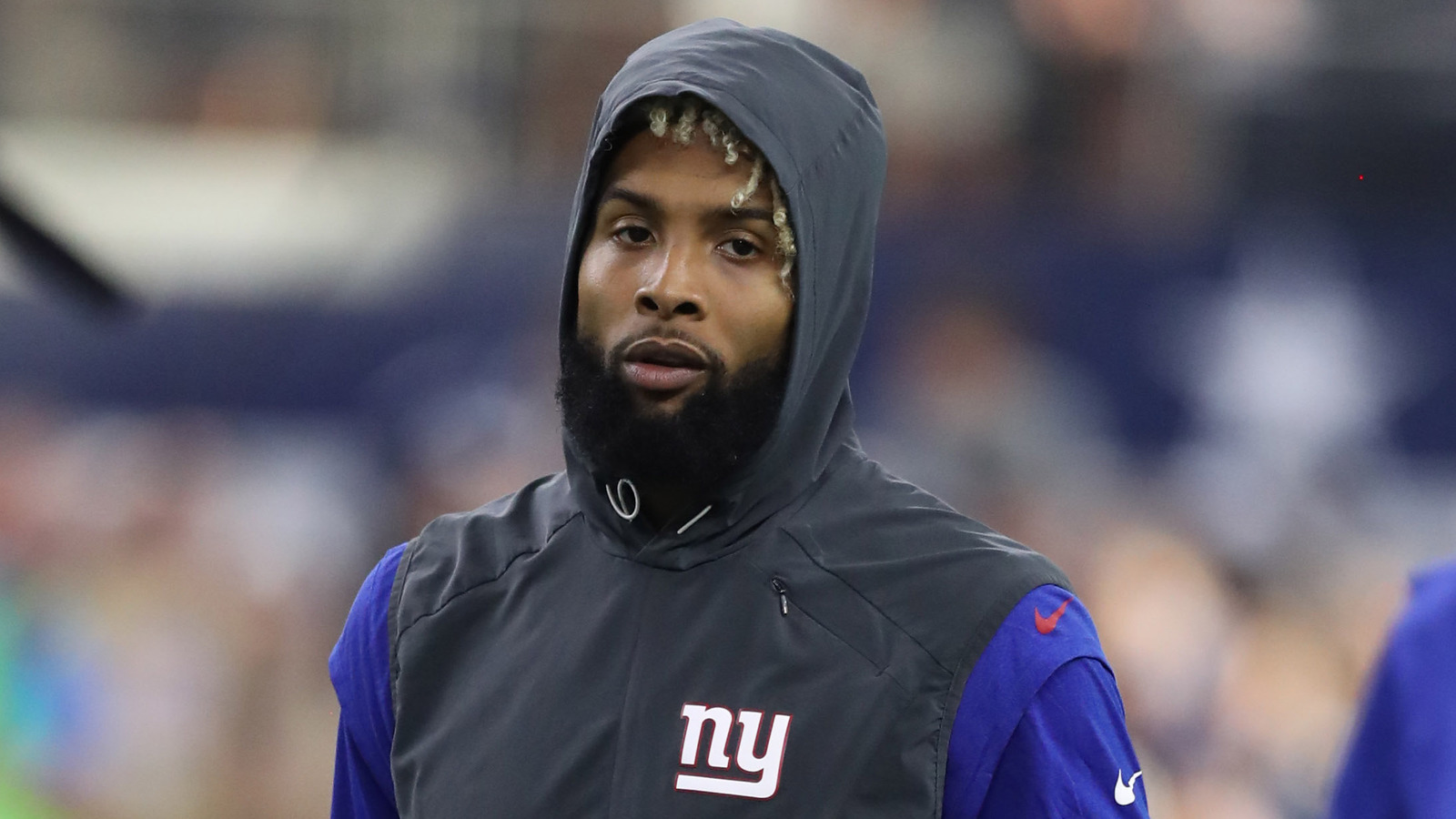 The New York Giants travel to California  to take on the San Francisco 49ers  on Monday Night Football. Kickoff is 8:15 p.m. in Levi’s Stadium. This week’s game marks the 33rd regular season meeting between the two teams.

-Monday night will be Eli Manning’s 9th regular season game against the San Francisco 49ers with a 5-3 record and a 1-0 record in the playoffs with a win in the NFC Championship game in 2012.

-Manning has thrown for 13 touchdowns, 9 interceptions vs 49ers.

-Looks to improve to 3-2 all-time on the road vs. San Francisco.

Eli Manning on the Bye Week: “I think always when you get a little break, just let the body and mind heel up, and get excited and get ready for the second half of the season. I look forward to getting back on track, and improving on some things, and playing good football.”

They Said it: 49ers Vs Giants:

Kyle Shanahan (49ers Head Coach): “We’re preparing for Eli Manning. I understand the stuff he’s going through this year, but Eli can still play at a very high level. He can still make every throw, he’s had a Hall of Fame career, and I know he can still get it done and he’s put it on tape this year. I know they haven’t totally found their rhythm offensively, but there’s times where they can heat up and if you don’t make Eli uncomfortable and get their rhythm off, he still has the capability of being Eli, making every single throw and putting up a lot of points and a lot of yards. We’re one hundred percent preparing for him. You’ve always got to be ready for someone else to come in every week whether it’s injury or what, but we’re definitely preparing for Eli.

Landon Collins (Giants Saftey): “We’ve got eight weeks, put us at that halfway mark so we kind of just figured things out. Like I said, a lot of guys came back energized, ready to play, and at the same time, when you come back to this game, it’s a lot. So that break definitely helped a lot of guys with the stress relief off their shoulders.”

Eli Manning (Giants Quarterback): “I think there’s urgency to get things going, for sure. We got to get some wins. We got to get going, and everybody wants it. The team needs it, for the morale and for just the hard work and everything we put in. Just need to reap the benefits of the work, and feel good about what we’re doing.”

Both teams need a win badly. Giants are coming off a bye week and are looking to show they are not a 1-7 team with all the drama and the 49ers are pretty much scouting their talent for the future.

As Head Coach Pat Shurmer has stated “It could all start with one win.”

The Giants get that win to stop the bleeding 24-13.

Shurmer: “Eli Is Our Starter This Week”
Giants Stop Skid Against 49ers