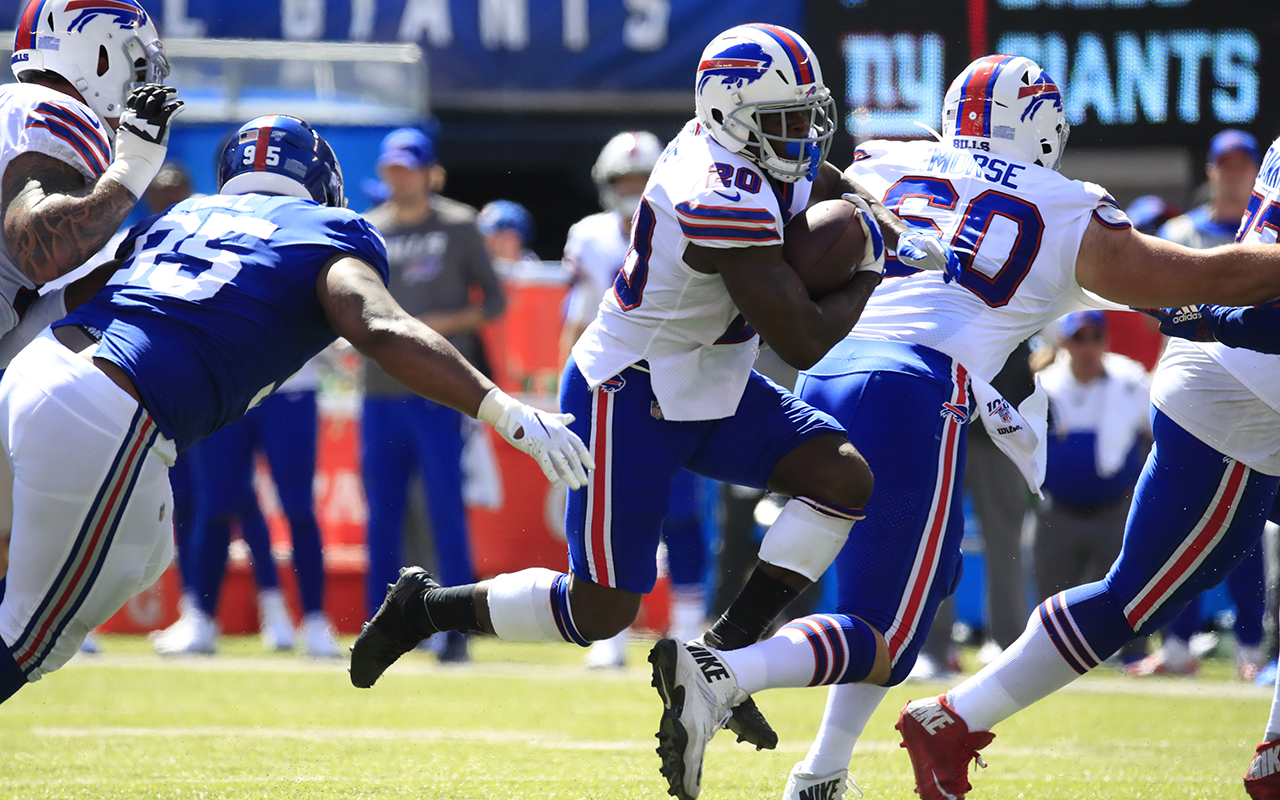 After a week of struggles and questions, the New York Giants had an opportunity to come out and show their home fans that last week was an blip on the radar not the norm. At first there was promise of that.

Even the final score in the 28-14 loss to the Buffalo Bills in MetLife Stadium was similar in margin and manner to the 35-17 defeat last week in Dallas.

Lacking key receivers and play makers, Big Blue came out and made a statement by scoring a touchdown without Eli Manning connecting on a pass.

The Giants were in difficult place to be without three of their top receivers. Sterling Shepard was inactive and Cody Latimer left in the second half, both with concussions, and Golden Tate is serving his four-game NFL suspension.

Saquon Barkley had four carries on the first drive which culminated in a 27 yard touchdown run. The score gave the Giants their first and only lead of the game.7-0.

“The opening drive was a great start,” Barkley said. “I don’t think you could ask for any better start for the first two games that we had, but it’s the NFL. They’re going to make plays, and the Bills made great adjustments.”

The Bills drove 75 yards in 10 plays and tied the score on quarterback Josh Allen’s six-yard run around right end. The Giants kept the ball for just 1:04 before Allen’s 18-yard pass to Dawson Knox began an 11-play, 70-yard drive that ended with rookie running back Devin Singletary scooting 14 yards around left end for a 14-7 lead.

The Giants defense performed better in the second half, allowing fewer points than it had in the first two quarters.

TJ Jones who came back into the fold this week caught a touchdown pass with 11:56 remaining put the Giants within one score at 21-14. A defensive stop would have given them a chance to tie the game.

Sadly the defense allowed another long drive, a 13-play, 75-yarder that ended with a one-yard touchdown run by 15-year veteran Frank Gore. Gore has known to be a Giants killer in the past

The Giants had held Buffalo to a 21-yard Stephen Hauschka field goal on the drive, but Dexter Lawrence’s dubious unnecessary roughness penalty gave the Bills a first down at the two. Gore covered that in two carries for the game’s final score.

“As a defense, we didn’t play up to our standards that first half,” linebacker Alec Ogletree said. “The second half I thought we played really well.”

“When you’re 0-2, there’s pressure on everybody,” Manning said. “That’s just the way it goes. But you can’t have that affect you. You can’t let that change the way you prepare, the way you play. I have to make better throws and better decisions and find ways to convert on third downs. That’s the quarterback’s job.”