Flashes Football: Golden Flashes Start the Season With a Win Over Eastern Michigan 27-23 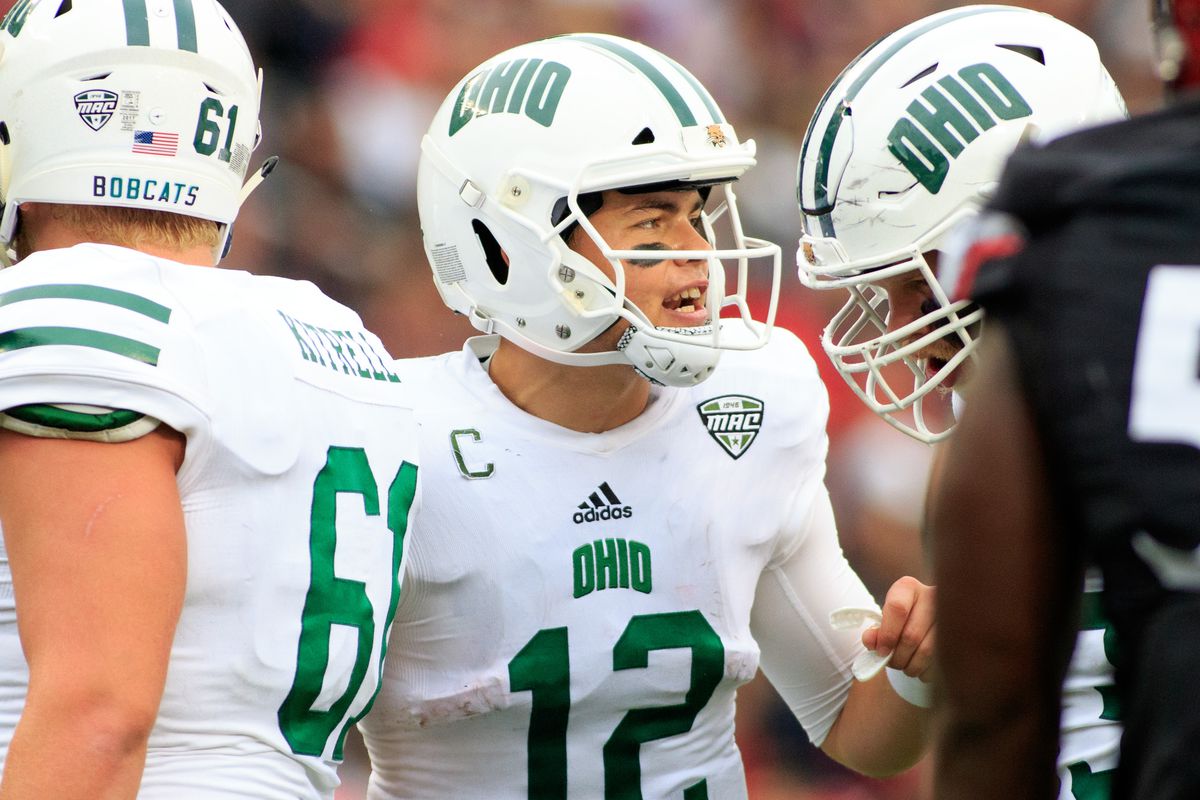 On Wednesday night the Mid-American conference kicked off its season all over the midwest. In what was a perfect fall night in Ohio, Kent State outlasted the Eagles of Eastern Michigan 27-23. NFL quarterback prospect Dustin Crum didn’t play the best game of his career, but he was still effective running the Flashes quick-paced offense. Crum was 21/29 for 219-yards and two touchdowns. However, Crum did throw an interception with around seven minutes left in the first quarter. Instead of leaning entirely on Crum, Kent used its newly improved run defense, and a potent big play offense to squeak by the Eagles in the Kent’s first game of the season.

The Flashes got the ball on the opening kick, and drove down the field. Kent used a balanced mixture of run and pass to get the drive going. Kent also benefited from two successful fourth down conversions, one of which went for a touchdown. On fourth and one from the Eastern Michigan 26, Crum connected with receiver Isaiah McKoy for a 26-yard touchdown pass.

Kent got the ball back with two minutes left in the first quarter. Signal caller Crum led the Flashes on an eight play, 59-yard drive that ended with a Crum one yard touchdown run. However, they missed the PAT, but still led the Eagles 13-0  with seven minutes left in the half.

When the Eagles got the ball back, signal caller Preston Hutchinson led them on a long nine play 43-yard drive, that ended with an Eastern Michigan field goal. Even though the Eagles finally got on the board, Kent State played perfect red zone defense to force the field goal try. Once the Eagles were in the red zone, the Flashes forced two incompletions from Hutchinson. On third down from the Kent State 10-yard line, Hutchinson was sacked by Kesean Gamble for a six yard loss. The score at Dix Stadium was now 13-3 in favor of Sean Lewis’ Flashes.

After the field goal by Eastern Michigan, Kent went three and out and punted the ball back to the Eagles. Eastern Michigan then went on a six play 74-yard drive, which ended with a Hutchinson pass to Thomas Odukoya for a five yard touchdown. They went on to miss the PAT, but the score was now 13-9 in the Golden Flashes favor.

When the Flashes got the ball back they went on a six play 73-yard drive that ended with a touchdown. The Flashes stuck strictly to the run game, rushing the ball six times to get into the end zone. On first and ten from the Eastern Michigan 33, Xavier Williams hit the hole hard and ran for 33 more yards for the Kent State touchdown. This time they made the PAT, putting the score at 20-9 Kent State.

On the next drive, Eastern Michigan quarterback Preston Hutchinson threw an interception to Kent defensive back Dean Clark. However, as soon as Kent got the ball back, Crum was picked off by Noski Lafleur, who returned it 43 yards to the Eastern Michigan 48. The Eagles did convert on one fourth down play during the drive, but it wasn’t enough as they headed into half after missing a 52-yard field goal. The Score at half was 20-9 in Kent’s favor.

In both the Eagles and the Flashes first drives after half-time stalled and they both punted after their drives were stopped. After the back and forth punting, the Eagles went on a ten play 69-yard drive that ended with a one yard touchdown run by Hutchinson. The Eagles were inching closer to the Flashes, as the score was 20-15, after a failed two point conversion by the Eagles.

Eastern Michigan then took their first lead of the game, after a four play 55-yard drive that was topped off by a Hutchinson touchdown pass to Odukoya. This time the Eagles successfully converted their two point conversion, giving them a 23-20 lead.

The Flashes regained possession with just over ten minutes to play in the game. Quarterback Dustin Crum stepped up, and led the Flashes on an eleven play 75-yard drive. On second and 7 from the Eagles nine-yard line, Crum found Mark Williams in the end zone for a nine-yard touchdown pass. The PAT went right through the uprights, giving the Flashes a 27-23 lead.

The Eagles got the ball back with seven and a half minutes to go in the game. The Eagles did not gain much ground on this drive and were forced into a second and 16 from their own 31-yard line. Hutchinson was then intercepted by Kent defensive back Jeremiah Salaam.

Kent then went on to ice the game on a ten play 28-yard drive that included two crucial third down conversions. The Final Score from Dix Stadium was 27-23 Kent State, as they open their season with a great conference win

Mandela Lawrence-Burke, LB, Kent State: Had 12 total tackles with one sack and two tackles for loss.

Buffalo 49 at Northern Illinois 30: The Bulls of Buffalo, who many consider the favorite in the MAC East, also started their season on the road at Northern Illinois. The Bulls leaned heavily on the run game, and running back Jaret Patterson. He had 20 carries for 137 yards and two touchdowns. Receiver Antonio Nunn had six catches for 102 yards and one touchdown. The Bulls defense forced four fumbles, which they recovered. Finally, Kadofi Wright had one interception that he returned 65 yards for a touchdown.

Ball State 31 at Miami (OH) 38: The reigning MAC champions renewed their rivalry with Ball State to start the season. RedHawks quarterback Aj Mayer was 16/24 on the night for 212 yards and three touchdowns. Ball State running back Caleb Huntley had a good game for the Cardinals. He rushed 21 times for 130 yards and two touchdowns. Miami was lucky to get by the Cardinals, as they only forced one turnover.

Bowling Green 3 at Toledo 38: The Bowling Green football started rebuilding last year, and it looks like they will struggle again this year. The Falcons had to travel to the Glass Bowl to open their season. Eli Peters, Toledo quarterback, was 20/32 passing for 214 yard and four touchdowns. Bowling Green also had three turnovers in the game including two interceptions. It could be a long year for Bowling Green.