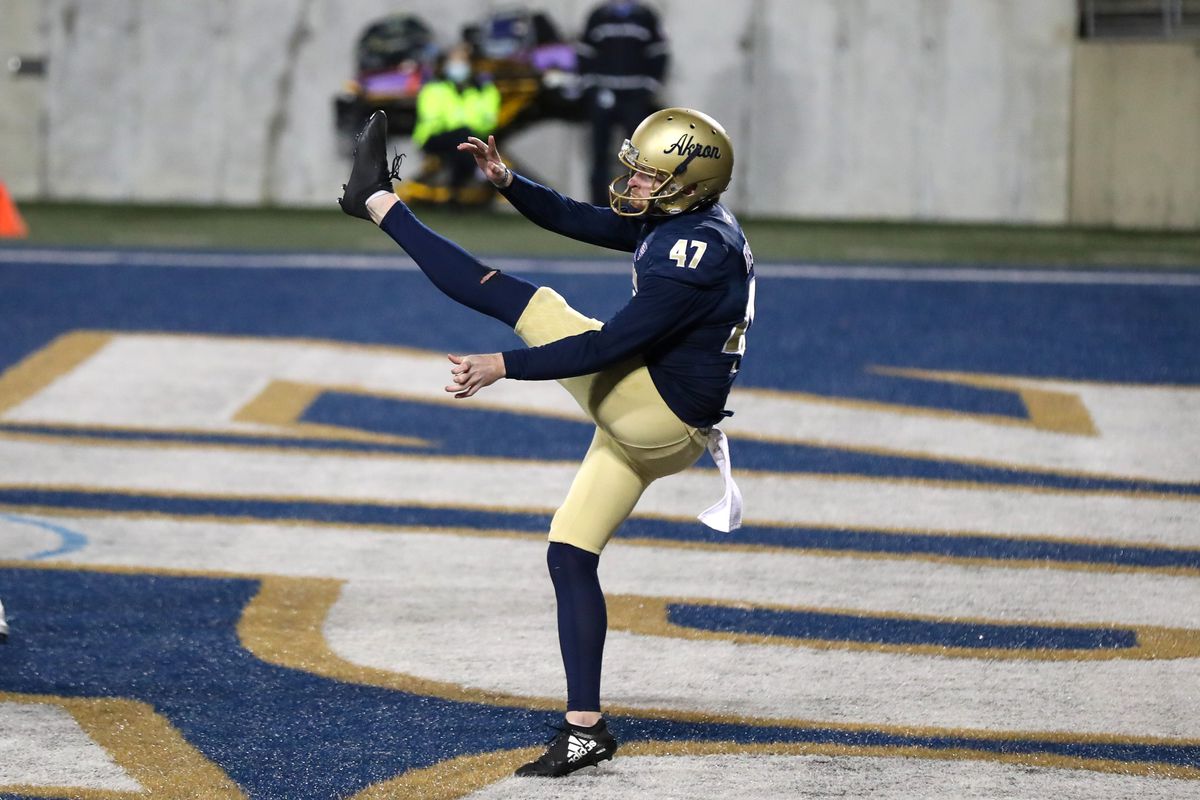 Ah! It’s always a great when we get college football on weekdays! After returning to action last week, the Mid-American conference is back for another week of action packed college football. The MAC has three games on tonight: Akron at Ohio University, and the two big match-ups between Kent State and Bowling Green, along with conference favorites, the Buffalo Bulls at Miami (OH). The latter two games can be seen on the ESPN family of networks. Last week Kent State beat a sloppy Eastern Michigan team at Dix Stadium. Can the Flashes improve upon their 1-0 record? Let’s dive in and take a look.

Kent State (1-0) At Bowling Green (0-1): As stated above the Golden Flashes come into this match-up after opening up the season at home last week. However, even though Bowling Green is 0-1, it is not an easy place to play. The Golden Flashes star quarterback Dustin Crum, who is on a lot of teams draft boards, didn’t have his best game, but he was able to get the job done. Versus Eastern Michigan Crum was 21-29 for 219 yards, two touchdowns and one interception. Crum also scampered into the end zone for a rushing touchdown. Wide receiver Isaiah McKoy was a big play threat for the Flashes. He hauled in eight passes for 104 yards and a touchdown. Last week in their loss at Toledo in the Glass Bowl, the Falcons gave up 524 total yards to the Rockets, including 310 on the ground. Look for the Flashes to rely on the legs of running backs Marquez Cooper and Bryan Bradford. Versus the Eagles, Cooper and Bradford combined for 146 yards rushing. Also look for head coach Sean Lewis to use signal caller Crum in the run game.

The real story in the win versus Eastern Michigan last weekend was the defense. The Eagles were held to 302 total yards last week. They passed the ball for 241 yards, but Kent State’s vastly improved run defense held the Eagles to 61 yards on the ground. That is a huge step forward as they were in the bottom ten of the NCAA is rushing yards allowed last year. The Flashes also held the Eagles to 5-13 on third downs. Linebackers Mandela Lawrence-Burke and Kesean Gamble combined for four sacks on the night. Defensive backs Dean Clark and Jeremiah Salaam also joined in on the fun, with each player recording an interception.

Since the MAC is only playing six conference games, every game is important, and one would hope the players treat it that way. When the Flashes travel to Bowling Green tonight, expect them to use the run game to open up play action. Also look for defensive coordinator Tom Kaufman to keep up the pressure, and blitz the quarterback so he is forced to get rid of the ball before he would like to. With that being said, Bowling Green is coming off a blowout loss, and Kent is coming off a win in the season opener. Bowling Green will look to rebound after their opening season loss. It will be tough for the Falcons, however. Bowling Green quarterback Mac McDonald was horrible last week against Toledo. He was 8-30, yes you read that right, for 128 yards and two interceptions. With Kent State’s improved rush defense, it looks like it could be another long night for the Falcons. Prediction: Kent State 34 Bowling Green 14

Akron at Ohio University: Both teams come into this match-up after opening week losses. Akron was blown out at home versus Western Michigan 58-13, and Ohio University lost a tough game to Central Michigan 30-27. Akron is still rebuilding under second year head coach Tom Arth. The Zips were torched on the ground and through the air, giving up 266 yards passing and 218 yards on the ground. Frank Solich, Ohio head coach, is a seasoned veteran in the coaching world. After the tough loss to Central Michigan, Solich will have his Bobcats ready to bounce back. Kurtis Rourke, Ohio quarterback, was 12-19 for 231 yards and two touchdowns last week. Look for Solich to unleash Rourke even more this week. Prediction: Ohio University 38 Akron 13

Miami (OH) at Buffalo: In just the second week of conference play, last year’s MAC champions, Miami (OH), takes on this years favorite, Buffalo. Both teams can score with the best of them. Buffalo scored 49 points in a win against Northern Illinois. Bulls quarterback Kyle Vantrease was 11-17 for 175 yards, one touchdown, and one interception in the win over the Huskies. Although Vantrease played average football, the Bulls leaned heavily on running back Jaret Patterson. Patterson carried the ball 20 times for 137 yards and two touchdowns. For Miami (OH), they won their opener at home versus rivals Ball State. RedHawks signal caller AJ Mayer had a great game, throwing for 212 yards and three touchdowns. RedHawks receiver Jack Sorenson had a big game as well catching seven passes for 139 yards. Look for this match-up to be close going into the fourth quarter, then Buffalo will use its ground game to control the clock and pick up the win. Prediction: Buffalo 31 Miami (OH) 21

Be sure to follow me on Twitter for all MAC updates. Also tune into The Fourth & Long Podcast tonight at 6:30 Eastern time. We will review everything from week 10 of college football. We will also dive into some segments like, one minute debate, helmet stickers, room for improvement, and of course, everyone’s favorite segment: Trivia. Finally we’ll take a look at how our locks and picks played out.

How can the New York Jets Draft to get Back on Track?
The Fourth & Long Podcast Episode 10: Was Notre Dame vs Clemson the Game of the Year?