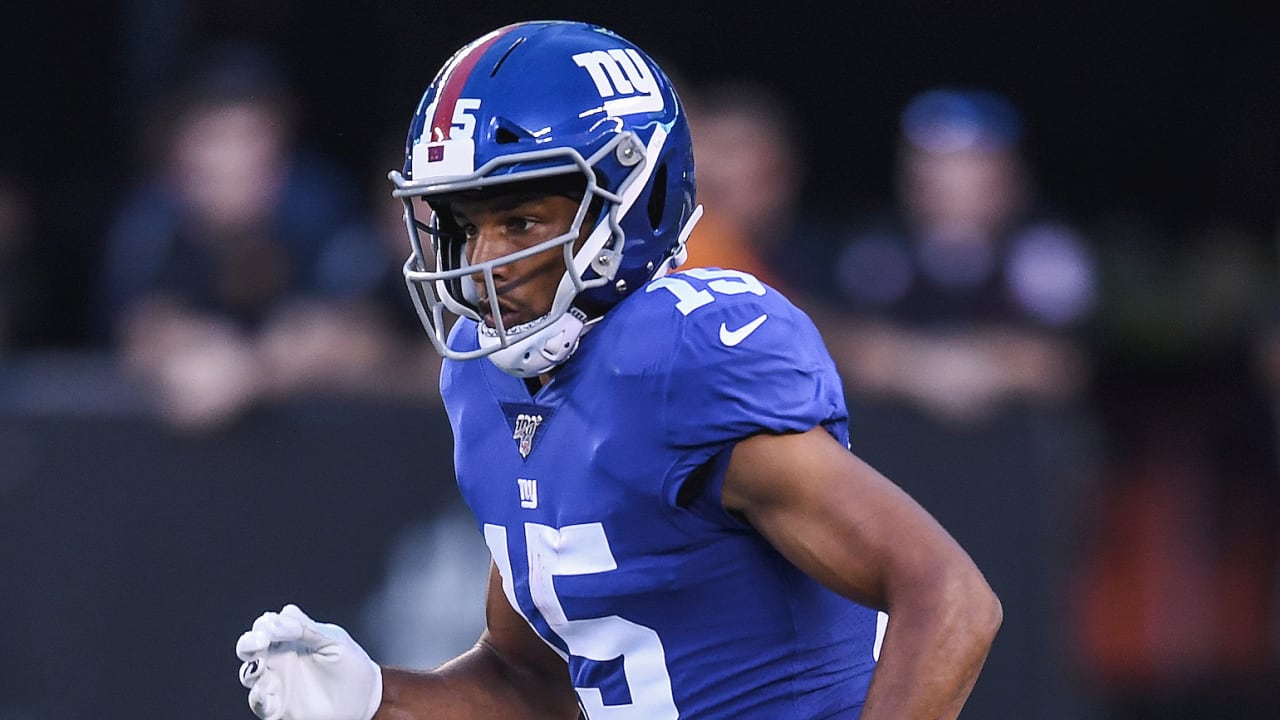 “Very disappointing. People spend their hard-earned money to sit in the rain and watch us do that; it’s just unacceptable.”

The Cardinals defense came into the game ranked 30th in the NFL. They sacked Daniel Jones eight times, forced two fumbles and held him to 233 passing yards, one touchdown and one interception.

A west coast team traveled cross country for a 1 p.m. start in a game where the Giants had 10 days to prepare and dominated them in their own building.

In that same game where you’re facing a rookie quarterback and head coach at home. And you get back your superstar running back in Saquon Barkley and tight end Evan Engram back.

Coming off a step in the right direction nonetheless, falling to the defending Super Bowl champion and undefeated New England Patriots in a competitive Thursday night game back in Week 6, coming off a short week.

Tate led all Giants receivers with six receptions for 80 yards in the loss. He has 195 yards and one touchdown on the year.

Back in March, Tate signed a four-year, $37.5 million contract with the New York Giants that includes $23 million fully guaranteed. He was suspended the first four games of the season for violating the league’s performance-enhancing substance abuse policy.

Tate, who was trying to have another child with his wife, was prescribed medication by a doctor with the banned substance clomiphene in it. He appealed the decision but was denied.

The Giants (2-6) have now lost three straight after rattling off two victories in a row to start the “Danny Dimes” era in New York.

The Bucs have been the most up and down team in the league, missing chip shot field goals to win games at home one week and dropping 55 points on the defending NFC champion Los Angeles Rams the very next.

“I don’t think were like lightyears away from being a really really good team,” Tate said. “I think we’re just a few plays.”

Tate does know a good team when he sees one. He won Super Bowl XLVIII with Russell Wilson and the Seattle Seahawks.

That Seahawks team had a superb defense. Much like the 1985 Bears team Tate compared the Cardinals to on Sunday.

“That’s very frustrating. I mean, we made those guys look like the ’85 Bears. We had a great scheme, we just did not execute, we had opportunities, but I feel like a lot of the time we were kind of playing behind the sticks, where we take a sack, we have a penalty, we drop it, whatever it may be.”

Let the record show: the 2019 Arizona Cardinals are NOT the 1985 Chicago Bears. They don’t have their cool commercials either.

Opponents had a passer rating of 121.8 against the Cardinals coming in, which is the second-highest in the NFL coming in. The Giants had three turnovers, leading to 17 Cardinals points.

This came just one week after the Giants allowed four turnovers for 14 points and a blocked punt for a touchdown versus the Patriots.

Big Blue is back on the road Sunday as they travel to Detroit to take on the 2-3-1 Lions, coming in with a three-game losing streak of their own.

Detroit is the 31st ranked defense in the NFL.