Good News In Dallas Ahead of MNF 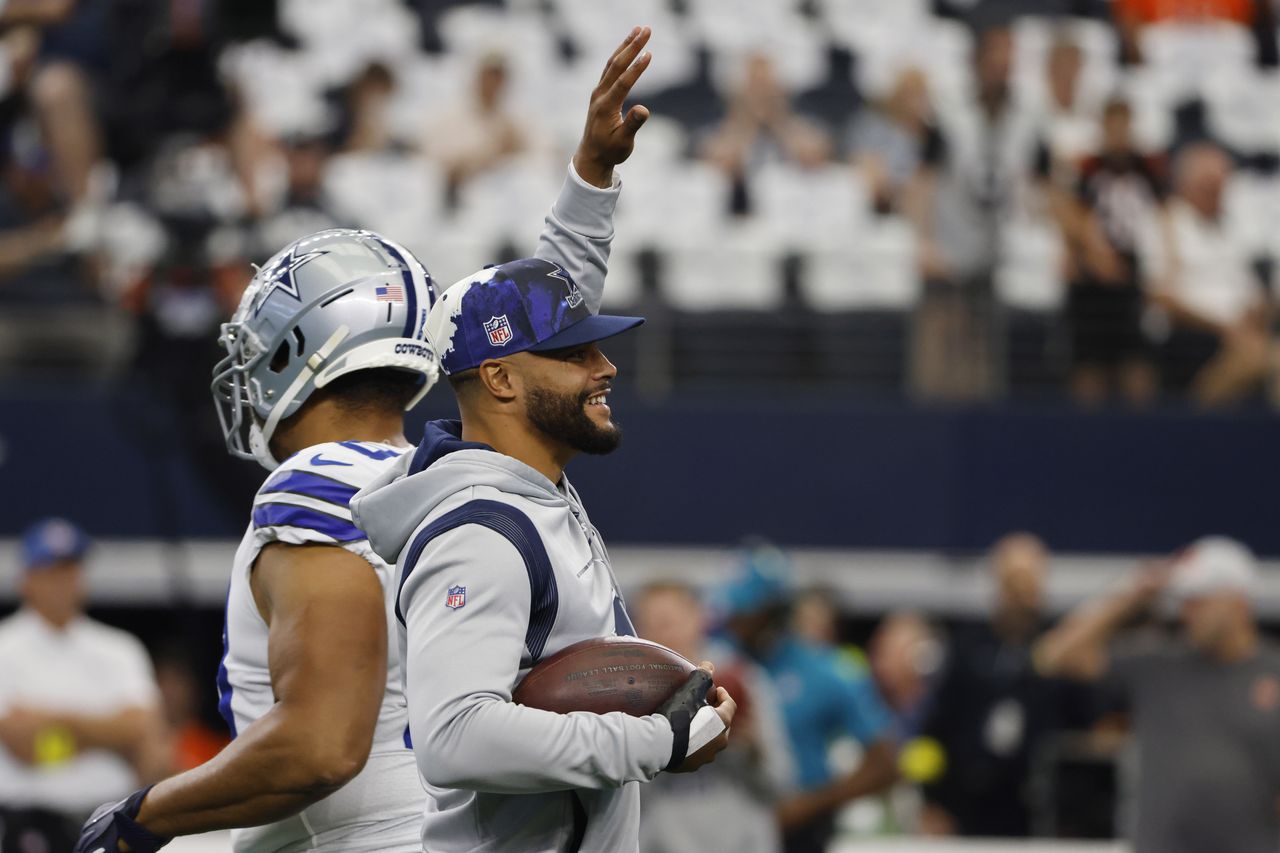 The NFL season has only been underway for three weeks and there has already been a rollercoaster of emotions in Dallas. From a deflating loss against Tampa Bay in week one to Dak Prescott possibly being out six to eight weeks to Cooper Rush leading the Cowboys to victory over the Bengals. Cowboys fans are used to the ups and downs of an NFL season. However, the Cowboys have been releasing good news all week leading up to their Monday Night Football matchup with the 2-0 New York Giants. Here is what Cowboys fans should be excited about:

It seems like no one knows the exact time Dak Prescott will be able to return under center for the Cowboys. At first, he was supposed to be out six to eight weeks then it went to four to six weeks. That is a drastic change after the first reports about his thumb on his throwing hand. But now there is optimism that he may return next week against the Washington Commanders, he would only miss two weeks if that is the case.

Regardless of when he does return, he will not be back on the field unless he is 100%. Jerry Jones has made it clear that Prescott has to be able to grip the ball with no discomfort. Also, Prescott has been practicing this week going through non-throwing drills. Cooper Rush has shown he is serviceable as a starter for the time being. Nonetheless, it is great news that Dak may return sooner than a lot of folks have thought.

Wide receiver two is set to return against the Giants after tearing his ACL late last season. Many thought Gallup would not return until October but it seems like late September is the real option. He was kept off the PUP (physically unable to perform) list to start the season which makes players wait at least four weeks before they can return. Gallup was a full participant in this week’s practices leading up to MNF.

It’s great news that Gallup will be back on the field even if it is not the whole game. His presence alone will help the Cowboys’ offense. He is a playmaker outside and is one of the most underrated receivers in the NFL. In nine games last season before getting injured Gallup caught 35 passes for 445 yards and two touchdowns. “Just having him back in the offense, it feels right, it feels normal,” WR Ceedee Lamb said.

There is a possibility that offensive lineman Jason Peters will suit up against the Giants. Peters was acquired after LT Tyron Smith went out with a hamstring injury that will keep him out until at least December. The longtime Eagles left tackle has progressed well over the past few weeks to possibly come back and contribute to the offensive line.

“He got a little more work yesterday. This will be a big day for both Jason and Michael,” Head Coach Mike McCarthy said about Peters and Gallup on Friday.

The optimism to get these three big-time players back on the field is great news for the Cowboys. In the next four weeks they will take on all three NFC East teams and the Los Angeles Rams too. So, getting the team back to full strength is a huge priority. The Cowboys will be looking to get another win this coming this Monday against the New York Giants in the Meadowlands.

Week Three Eagles at Commanders: What To Watch For
Chargers Woes Continue! Say It Ain’t So Joe!