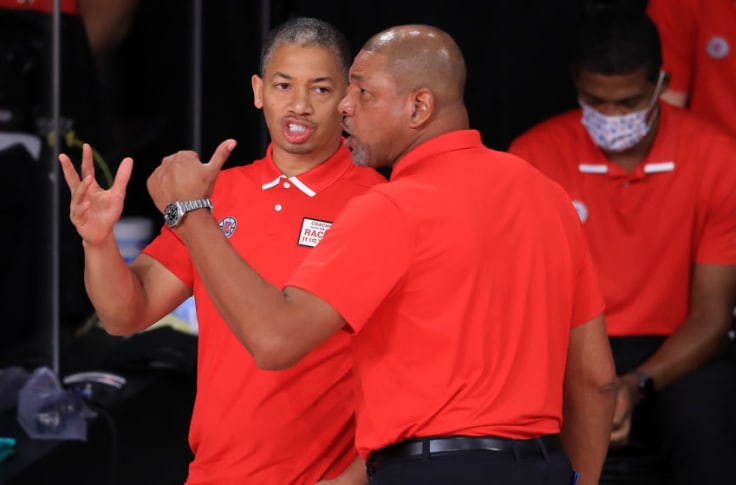 The NBA coaching carousel is the journeyman of the offseason. Even though it’s frequently outshined by free agency and the draft, it still dares to trudge on, subtly unfolding major implications for the NBA season. Yet, even though it’s underspoken, coaching hires can swing a team’s fortunes–just ask the Golden State Warriors, who went from five seed to champion after hiring Steve Kerr. In an offseason where player movement will be relatively timid, this year’s coaching changes could end up being the most significant moves when we look back on this year’s offseason. That being said, not all coaching hires are created equal. Let’s take at the new coaches hired, and which teams stand to benefit the most from their new leaders.

While I’m still not sure that letting go of Nate McMillan was the best idea, the Pacers could have done a lot worse than Bjorkgren. Though he doesn’t have any big league experience as a head coach, Bjorkgren has steadily accrued NBA experience, including a two-year stint absorbing Nick Nurse’s tactics in Toronto. We’ve seen many former assistants bloom into great head coaches–Mike Malone and Nurse himself come to mind as recent examples. For a franchise that hasn’t achieved any real playoff success in five years, you have to commend Indiana for taking a risk rather than continuing to play things safe.

The Nets certainly seem on track to make headlines this year, but very few expected them to start before the offseason. By bringing in Steve Nash as their head coach, Brooklyn is following the Golden State model of building a team–bring in a wise but unproven head coach named Steve and surround them with more experienced assistants. With Mike D’Antoni manning the ship as lead assistant, expect the Nets to pack one of the league’s most potent offenses. That being said, one has to be concerned about Brookyln’s defensive identity. Their top coaches aren’t exactly known for being defensive savants, and their roster has a glaring lack of solid perimeter defenders. Still, this hire will be worth the risk, if not for the cool factor alone.

Don’t let Silas’ lack of name value fool you–he’s been around for a long time. The son of longtime coach Paul Silas, Stephen has been an NBA assistant for 20 years for legendary coaches such as Rick Carlisle and Don Nelson. Houston has reportedly had their eyes on Silas since 2016, and given that he’s fresh off helping the Mavericks create one of the NBA’s all-time great offenses, they felt the need to strike while the iron was hot. Silas certainly will continue Houston’s legacy as an offensive powerhouse, but as is always the case with the Rockets, their fate will rest on their defensive capabilities. Ultimately while Silas deserved to snag a head coaching gig, this feels like a lateral move at best for the Rockets.

The Van Gundy hire is a fascinating move for the Pelicans. Stan is a defensive minded coach, and this team has the potential to regularly lock down opponents by utilizing the size of Lonzo Ball and Zion Williamson. Alongside stout defenders like Jrue Holiday and Jaxson Hayes, the Pelicans will certainly have the potential to form walls galore.

However, one has to wonder if Van Gundy is in over his head on the offensive side of things. He hasn’t run a great offense since 2010, and this team poses a litany of concerns. He’ll have to manage Ball’s shooting woes, Williamson’s lack of offensive polish, and a pair of aging guards in Holiday and J.J. Redick. If Van Gundy is able to adjust to the modern NBA and figure out those issues, he can surely lead New Orleans to a playoff berth. However, that’s a huge if, and I’m not incredibly confident that the older Van Gundy bro can put the pieces together.

This is the best hire of the offseason. Donovan is fresh off leading an Oklahoma City Thunder team to the verge of the second round, wildly outperforming expectations on his way. Strangely, this team may be just as talented as last year’s Thunder in aggregate. Sure, they don’t have anyone as talented as Chris Paul, but they’re much deeper. The Thunder had to give significant minutes to Abdel Nader and Mike Muscala, whereas the Bulls will be fortunate enough to utilize solid players like Otto Porter Jr. and Tomas Satoransky off their bench. Donovan also excels at using young talent– if you’re not a Luguentz Dort believer, remember that Donovan was one of the most successful college coaches ever at the University of Florida. Given that the eight seed in the Eastern Conference has historically had an underwhelming record, expect the Bulls to make a playoff push from day one.

As disgraced as the Clippers are right now, they would have been even more lambasted if they kept Doc Rivers on their staff. Fortunately, they had an assistant on staff who’s been on the better side of a blown 3-1 lead. Lue is also used to dealing with big egos–leading a LeBron James/Kyrie Irving duo definitely required its fair share of personality management. Among a team that seems to be eating itself alive, Lue will have to get his hands dirty to right the ship in Los Angeles. If he can do that, he could be well on his way to his second championship as a head coach.

Speaking of Rivers, I’m not sure what voodoo magic he pulled off to be unemployed for less than 24 hours. Ignoring whatever dark arts he might have used, Rivers certainly finds himself in an interesting situation in Philadelphia. The hire certainly seems to help Joel Embiid, as Rivers has worked magic in the past with mobile bigs like Kevin Garnett and Blake Griffin. However, the Ben Simmons conundrum is the elephant in the room here. Simmons’ lack of a jumper demands a creative offensive scheme in order to utilize him correctly, and I’m not sure Rivers has the creative chops to execute that. While Rivers’ championship aura may have faded, you can’t blame the Sixers for taking the shot.

Not completely sure what the Cavaliers were going for here. Though Bickerstaff is a capable assistant, he’s underperformed in his two prior stints as a head coach, including one with the Memphis Grizzlies, who were in a very similar situation to the present day Cavs. Given their situation, I would’ve expected the Cavaliers to court a development-focused coach like Kenny Atkinson or Lionel Hollins. I do have a theory of why Cleveland stuck to Bickerstaff–the benjamins. Dan Gilbert has spent the last five years paying for some of the most expensive rosters in basketball history, and now owes money to two fired head coaches– Ty Lue and John Beilein. Rather than add a more expensive name to the list, it could have made sense for Gilbert to retain an assistant already on the Cavs’ payroll than to further drain his empty pockets. Bickerstaff will do in a pinch, but when Cleveland wants to start winning, expect them to look elsewhere.

Nash’s Latest Goal For Brooklyn Might Turn Some Heads
Brooklyn Gives D’Antoni Best Chance of His Career To Win It All: Here’s Why