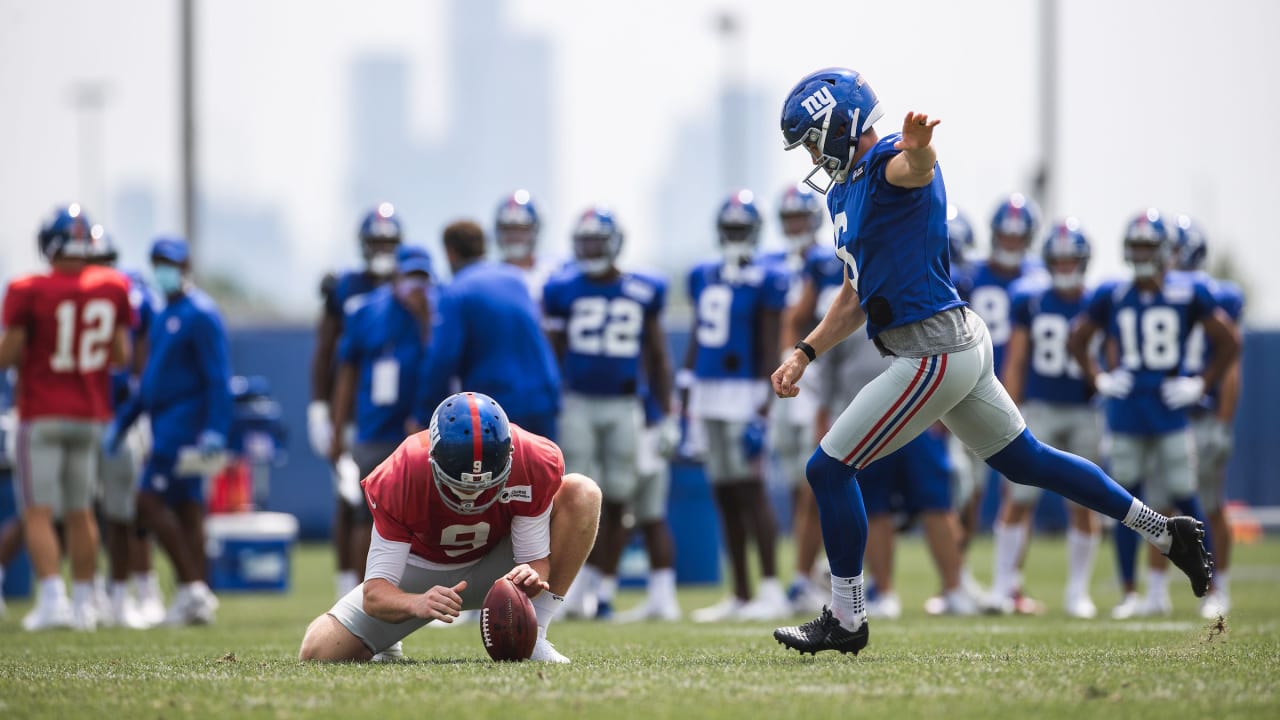 EAST RUTHERFORD, N.J. – Graham Gano is the rare professional athlete playing superbly in the nation’s largest media market in relative anonymity. But that is beginning to change.

The first-year Giant has been one of the NFL’s best kickers this season and was today named the NFC Special Teams Player of the Week for his contributions to the team’s 23-20 victory against the Washington Football Team Sunday in FedExField.

Gano kicked field goals of 38, 48 and 42 yards as the Giants completed a season sweep of Washington. Three of his six kickoffs were touchbacks.

It was the fourth time this season and the 40th time in his 11-year career he kicked at least three field goals in a game.

Gano missed the entire 2019 season after undergoing surgery to repair a knee injury he suffered the previous year playing for the Carolina Panthers. He has returned to have one of his finest seasons. Gano has missed only one of his 33 attempts, a 57-yard field goal try in Chicago on Sept. 20. He has made 19 of 20 field goal attempts and all 13 extra point tries.

With 70 points, Gano is tied with Indianapolis’ Rodrigo Blankenship for 11th in scoring among kickers.

The current streak is the second-longest of Gano’s career. He made 28 attempts in a row when he was with the Panthers in 2017-18.

On Oct. 11 in Dallas, Gano set a Giants’ record with three field goals of 50 or more yards. That gave him four long field goals for the year, tying the franchise’s single-season record.

This is the 30th time a Giants player has received the special teams award since it was instituted in 1984.

Gano has been named Player of the Week with each team he’s played for: 2010, Week 16 with Washington; 2018, Week 5 with the Panthers; and now his first with the Giants.

He was also named the NFC Special Teams Player of the Month in November 2015 and October 2018.