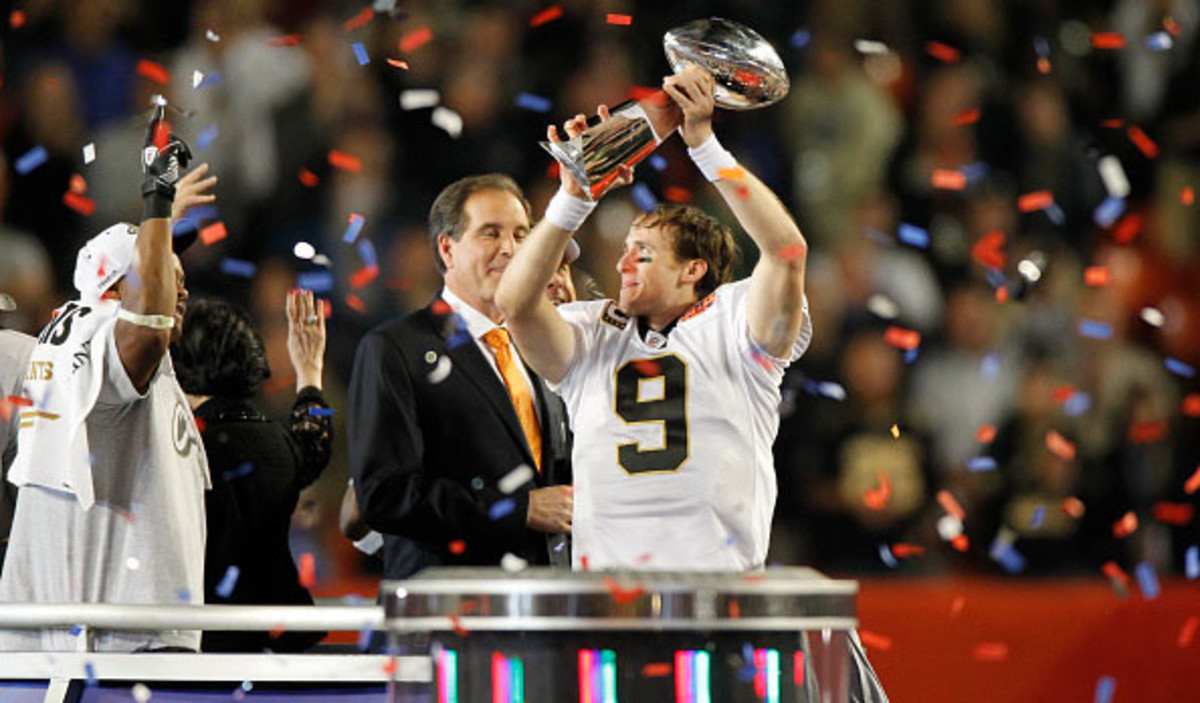 The New Orleans Saints have been on the good and bad side of playoff history. We all are aware of how the past three years have played out for the Saints. A missed call against the Los Angeles Rams that would’ve sent them to their second Super Bowl Appearance. Two losses to the Minnesota Vikings. With their upcoming Wild Card matchup against the Chicago Bears let’s take a look at a few of their top playoff moments in Saints history.

This is without a doubt number one on the list. The hero of Super Bowl The 74-yard interception return for a touchdown sealed the deal and helped the Saints win their first ever Super Bowl in their first appearance. Porter did an interview with Dan Pompei of Bleacher Report on the historic interception.

“We kept seeing this route combination they liked to run on third down,” Porter said. “One of the veterans, Pierson Prioleau, said we saw it so much that if one of our guys don’t pick this off, we don’t deserve to win. That kind of stuck with me a little bit.”

“We knew if we made hand signals, Peyton would see it and potentially audible, so we just looked at each other and nodded,” Porter said.

“He ran a slant across my face, I read it and made the break, made the interception. And 74 yards later, I’m in the end zone. The rest is history,” Porter said.

Porter didn’t make one but two potential game sealing interceptions during the Saints Championship run. This one happened to be the one that killed the Vikings hope of kicking a game winning field goal.

Favre had a chance to run and put his team within field goal range. Instead he threw the ball across his body to wide receiver Sidney Rice resulting in a clutch play from Porter,returning the ball 26 yards.

His interception sent the game into overtime where Garrett Hartley kicked the game-winning field goal that sent them to their first Super Bowl.

After an interception by Favre and winning the overtime coin toss. It was set up for Hartley to be the savior of the 2009 NFC Championship game. During the early morning hours before the 2009 NFC Championship game. Hartley recalls watching himself kick a 42-yard field from the right hash. He wasn’t off by much instead it would be a 40-yard field goal from that same hash. Definitely a play that gave the Saints an extra boost going into Super Bowl XLIV.

With all these great moments in Saints playoff history you can only imagine what spectacular and historic moments will come from what many consider Drew Brees’s last season in the NFL.