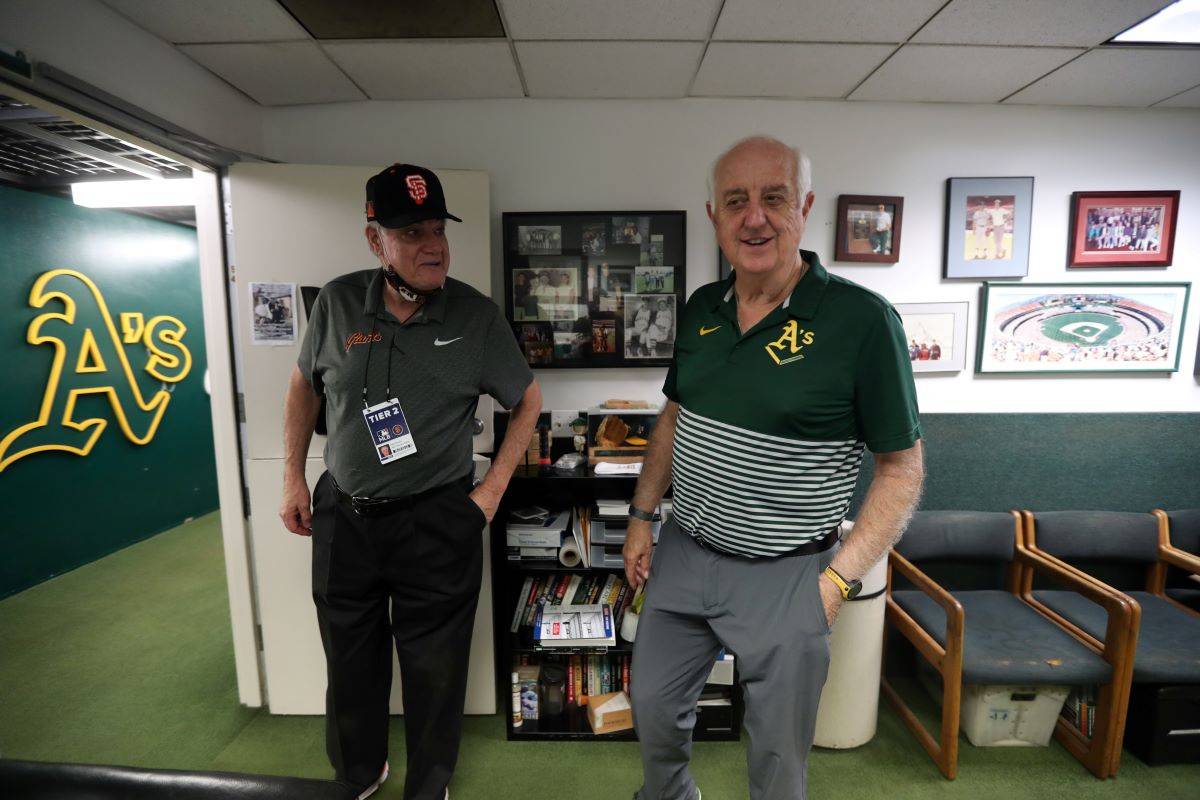 After they rode a wave of success in the early months of April to July, the Oakland Athletics were unable to recover from a series of tough stretches. This week’s continued struggles and months of frustration all came to fruition in the form of another sweep by the Seattle Mariners, officially ending their three-year postseason streak. Here is this week’s Green and Gold Report, the first in about a month.

News of the week

53-years ago, Steve Vucinich joined the A’s as a ballboy, the same year that the A’s moved to Oakland. He has been the longest tenured A’s employee in history, having been there for all the moments in Oakland. For the past 28 years he has held the position as the A’s equipment manager. In a glimmer of positive light on a rough week the A’s ended their season at home against the Houston Astros on Sunday not only with a sweep of their division rivals, but a touching pregame tribute and goodbye speech by ‘Vuc.’ Through his personal connections with the many players, team staff and fans alike the team is giving him one of the greatest honors, renaming the clubhouse after him and inducting him into the teams’ Hall of Fame Class of 2022 which will also include Sal Bando, Eric Chavez, Keith Lieppman, and Joe Rudi.

According to the San Francisco Chronicle’s Matt Kawahara, the cost of 24-game plan for seats in the bleachers is set to jump from $465 to $800 next season. This comes as the team struggled in attendance this past season as fans cope with the uncertainty about the future of the team in Oakland. This is another indicator that time is running out for the city and the team on the new ballpark negotiations. This move was met with mixed emotions among longtime A’s season ticket holders.

After a pair of recent breakout seasons the 32-year-old left fielder had a quieter season batting .234/.360/.752. He did however showed off some of his base running ability stealing a career best 12 bases while only being caught stealing once. There is reason to hope for bounce-back from Canha as he has started to show positive signs of hitting again in the last few games despite the teams tough stretch. He has gotten a hit in the last five games and along with 12 walks in his last 15 games. The big question however is whether this weekend’s series against the Houston Astros will be the last fans see of Canha in the green and gold as he is set to hit free agency this offseason. But he has hinted that he would love to come back to the team.

The versatility of Pinder in the field has always been a big asset for the team. These past few seasons he has seemed to have found a home with his versatility in the field and occasional reliability at the plate. He has come through big for the AA’s offensively in this later stretch as he is batting .318 in his last seven games contributing five RBI’s in that span.

The A’s have needed Montas to deliver for them late in this stretch after a slow start to the season and they got it. Through his last three outings he has surrendered just one earned run. His has been a major factor to the bright spot of the A’s starting rotation. Unfrotunately the rotation has lacked late game support from the bullpen. Montas leads the team with 207 strikeouts as he has mixed it up more with other pitches in his mix like his spit finger fastball. While his fastball velocity is down from earlier in his career his stuff is still there.

Despite the A’s disappointing loss 6-5 loss to the Mariners last Thursday, Chris Bassitt showed that he is truly back. In his first start since suffering a broken bone in his cheek off a line drive in August, he pitched a promising three innings showing off just how important his presence is in the A’s rotation. He leads the rotation with a 3.15 ERA through 27 starts. Along with Ramon Laureano’s loss, Bassitt’s loss in the rotation could definitely be felt in the last months throughout the team’s struggles.

As the minor league baseball season winds down with the AAA Las Vegas Aviators, the team saw a dazzling performacne from the A’s most recent second round draft pick who was not even anticipated to play at the Triple A level yet. He went 3-for-4 with five RBI’s in the Aviators 11-9 victory over the Oklahoma City Dodgers to close out their season’s homestand. Now the team is in the process of wrapping up the season on the road against the Reno Aces. At the Double A level the Midland Rockhounds wrapped up their season earlier in the month finishing in second place in the Double-A Central South Division with a 59-60 record. The High-A Lansing Lugnuts finished in third place int he High-A Central-East Division with a record of 58-62 while the Low-A Stockton Ports finished in fourth place in the Low-A West-North Division with a 42-75 record.

Scores of the Week