A’s fans dealt with another relocation scare. But the team continued to play well. Old and new players stepped up in the past two weeks. 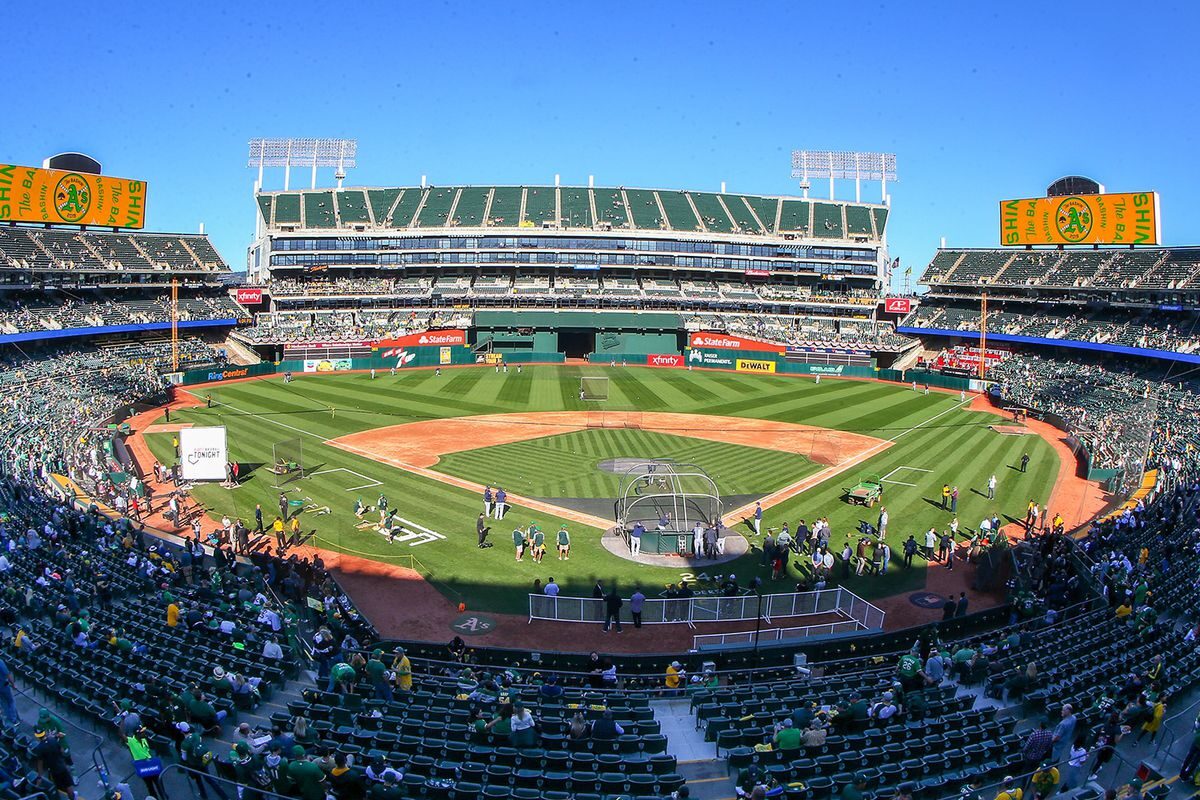 In these past two weeks, the A’s have continued to play well. They held onto first place in the American League West. However, their stellar play got overshadowed with news the fans have been all too familiar with in the past 20 years; the threat of relocation. Nonetheless, the A’s continued to give fans an entertaining set of close games, most of which resulting in victories. The A’s have found ways to get a winning edge through spectacular plays in the field, heroic hits and lockdown bullpen performances. Here is this week’s Green and Gold Report.

A’s Announce they are Exploring Other Cities, But City Council Has Stadium Date on Agenda

The A’s announced on Tuesday that team President Dave Kavel along with officials will visit Las Vegas, one of the top contending alternative cities that the A’s could relocate to. This comes just a week after major league baseball suggested that the team start exploring alternate sites, pressuring the city to move forward with a vote on the Howard Terminal waterfront ballpark proposal in downtown Oakland. The city council has not backed down. The city council pushed back against Major League Baseball. Three council members sent a letter saying they are “committed to negotiating in good faith for a strong future for the A’s in Oakland” according to the Mercury News. Vice Mayor Rebecca Kaplan has also submitted a request for the city to vote on the financial proposal for the stadium on July 20. The city is on their heels yet again; facing another threat of a professional sports team leaving Oakland. But this time around, losing the A’s would mean losing all professional sports in the city.

Last month the A’s signed longtime reliever and division rival Cam Bedrosian. He was recently released from the Cincinnati Reds earlier this season. Bedrosian put up an encouraging performance in Triple-A Las Vegas, with increased fastball velocity according to MLB.Com. If effective, he could easily provide some much needed depth on the backend of the A’s bullpen. While the A’s bullpen has done a good job holding down opponents when ahead, they have let some close games slip out of reach, halting any hope for a comeback.

DH/1B Mitch Moreland (ribs): The veteran designated hitter was placed on the 10-day injured list on Tuesday with an inflamed costochondral junction in his left rib according to CBS Sports. He is expected to be out until at least May 25. Without Moreland the team is missing a crucial left-handed bat in a righty heavy lineup. The team did however cal-up lefty Luis Barrera in Moreland’s place.

RHP Mike Fiers (elbow): Fiers again finds himself on the injured list, and this does not come at a good time. Fiers came off the IL a couple of weeks ago after battling hip inflammation. He has had a rough go in his two starts this season putting up a 2.04 WHIP in 9.1 innings pitched, while surrendering eight earned runs. At the age of 35, his average fastball velocity has dropped. This starts to prompt the question of how much longer he has in the majors.

Players of the Week

SS Elvis Andrus (.297/.333/.405): Now this pick might raise many eyebrows among many A’s fans expecting to see the likes of Ramon Laureano or Chad Pinder. Well Pinder just had one remarkable game last night, while Laureano was the player of of the week on the last Green and Gold Report. Whether you like what the A’s everyday shortstop has done this season or not, the fact is that he is starting to hit. It might be modest but at least he his putting the bat to the ball and getting on base. He recently embarked on a 7-game hitting streak. If he can start to limit his strikeout total and continue to play acceptable defense at shortstop, Andrus should continue to hold his everyday role in the A’s lineup.

RHP James Kaprielian (10.2 innings pitched/15 strikeouts/2.53 ERA/1.13 WHIP): Kaprilian made his first major league start on Wednesday against the Boston Red Sox, giving up one earned run through five innings pitched. Last night in the A’s victory against the Los Angeles Angels, he held the Angels to two runs on four hits through 5.2 innings pitched. Kaprielian had some struggles with his command early on against the Red Sox, but managed to get out of tough jams. In last night’s outing Kaprilian looked to be settling in ok. He did, however, have a rough end to the night when he gave up a homer to Jared Walsh. With Fiers landing on the IL and the rest of the A’s starters seeing some inconsistencies in their most recent starts, Kaprilian certainly has a place in the team’s rotation

Down The Farm Performers, Triple A Las Vegas

Luis Barrera (.349/.429/.558): Barrera’s fine start and the A’s need for a lefty bat earned him a call-up to the majors this past week. He is very capable of providing speed for the A’s and has an above average arm. But he has also shown promising hitting ability this season in the minors while adding some pop . The A’s can certainly look forward to utilizing his speed, but he may have other weapons on the table for the team to use. At least this can be said from the looks of his performances this season.

Paul Blackburn (17 innings pitched/15 strikeouts/3.71 ERA/1.12 WHIP): Stop me if you have heard this name before. Yes Blackburn was recently designated for assignment but the team on the 40-man roster but recently re-signed a minor league contract. Just as fans thought they had seen the last of the bay area native in the green and gold, he comes out as arguably the A’s most effective starter in a depleted minor league rotation. Like we have seen so far this season, there are certainly no guaranteed spots in the A’s rotation. He could get another crack at the bigs if this performance continues down the line.

Why Bam Adebayo Deserves To Be A DPOY Finalist
The Man to Man Podcast Episode XXVI: The NBA is BACK!