A’s made more roster moves this week, dealt with injuries, and saw more breakout players in spring training one week before opening day. 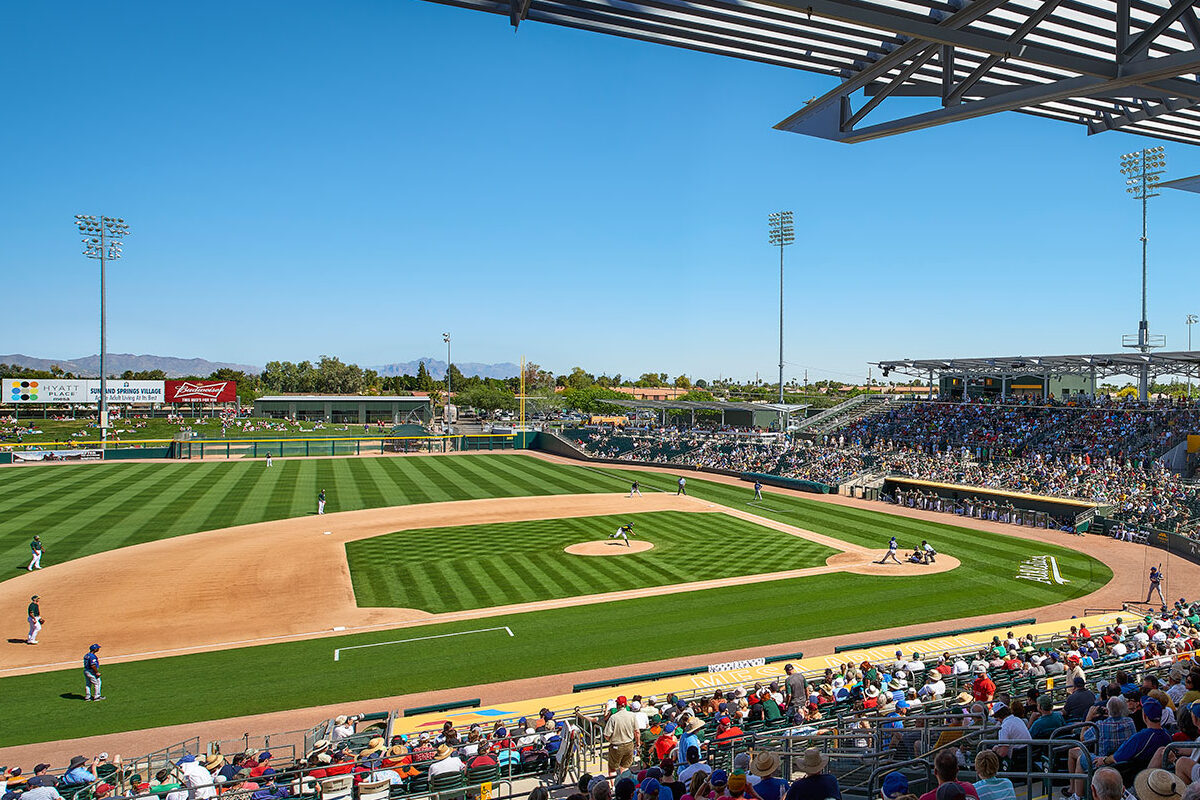 A’s made more roster moves this week, dealt with injuries, and saw more breakout players in spring training one week before opening day.

A’s spring training rounded third, and hit one step closer to home this week. Opening day inched closer, as the team continued to finalize their 26-man roster. The team dug into their depth this week, as they dealt with a few injury blows. This prompted new talent to shine. Here is the team’s news and spring training update from the past week.

The A’s won a lawsuit on Wednesday, alleging that the department failed to regulate Schnitzer Steele’s pullution at their West Oakland facility according to the San Francisco Chronicle. The ruling is yet another step in the right direction for the A’s in their new stadium pursuit. Schnitzer is one of the major local groups standing in the way of the A’s project proposal at Howard Terminal.

Buddy Reed has been one of the most talked about names this spring training. However, it was revealed last Wednesday that the 25-year-old is dealing with a right quad strain, making his chances of starting the season on the active roster look slim. It is not clear how long Reed is out for but it comes as a disappointment for both him and the team. He looked like a promising favorite to occupy that fourth outfield spot the team is trying to fill. Two other A’s starting outfielders however, returned to the lineup on Tuesday. Center fielder Ramon Laureano and right fielder Stephen Piscotty each returned from injuries that kept them out for the week. Laureano had a problem with his side that he felt during batting practice last week while Piscotty reportedly felt left wrist soreness. Their returns on Tuesday helped alleviate some of the disappointing news surrounding the A’s outfield this week. Though the A’s have a young core of outfield prospects also waiting their turn.

Mike Fiers has been inactive so far in spring training with a right hip inflammation. He reportedly started playing catch on Thursday. But the 35-year-old veteran righty is not expected to be ready to join the A’s rotation by the start of the season. The A’s are auditioning a few possible replacements as the rest of the rotation looks set. Fiers gained fame across the league last year, when he revealed details of the Houston Astros cheating scandal.

Ka’ai Tom (OF): The nice thing about the A’s is their ability to find dark horse young talent to step up when injuries loom. This is exactly what Tom has done this spring training. He was taken in this year’s Rule 5 Draft from the Cleveland Indians farm system. After a slow start to the spring, the 26-year-old has been raking at the plate going 9-for-20 with an .800 slugging percentage. With Buddy Reed’s injury opening up that fourth A’s outfield spot, Tom has made a compelling case for it. He could end up as yet another outfielder Rule 5 Draft steal, like Mark Canha back in 2015.

Chad Pinder (INF): Pinder’s performance this week has only made the A’s starting second base choice more difficult this spring. Jed Lowrie Pete Kozma and Tony Kemp are already in the mix. Though Pinder will at least be guaranteed a spot on the roster as a valuable utility man, this past week’s performance means he might have finally earned himself an everyday role with the team. He went 5-for-12 with two home runs. Pinder has been with the team since 2015 and has developed great chemistry with fellow infielders Matt Chapman and Matt Olson in that time span.

Seth Brown (OF/1B): Another possibility for the A’s fifth outfield spot, Brown has shown off some power this spring,. He has slugged three home runs with seven RBI’s. Brown has yet to display full power in his brief time at the professional level. But he showed some fielding and early hitting potential in his brief 2019 call-up during late season roster expansion. While he has not been quite as exciting as recently toured outfielders Reed and Tom, he has done well so far this spring. His prior MLB experience makes him a safe option and potentially even the best option for that fourth outfielder spot.

A.J. Puk: While his velocity slightly dropped in his most recent start, Puk displayed promising command last Wednesday. After he gave up a home run to to Ryan McBroom, Puk struck out four batters in two innings pitched. Even if his velocity is down he has other breaking pitches to work with such as a stellar slider and promising curveball. This is something manager Bob Melvin seems confident in as Puk is right up there as a top candidate to take Fiers spot in the starting rotation to start the season.

Reymin Guduan: Guduan reported to A’s camp as a non-roster invitee, despite being seen as a clear minor league option to start this next season . So far he has been lights out giving up no runs in his first 6.1 innings pitched. Majority of the time he uses a mid 90s fastball. So far he has shown some strikeout capabilities in his brief stints in the majors with the Houston Astros. He likely will remain as a minor league prospect to start the season, given the stacked A’s bullpen.

Cole Irvin: Irvin has been experimented as a starting pitcher at the major league level, but is yet to see a full season of action in the pros. He might be get a chance to do so this season. He has good command with an above average changeup. On Friday he held the Cubs scoreless through four innings. Like Puk, Irvin too has not been ruled out as an option for Fiers spot. He also has more MLB experience then Puk as he has gone 2-2 with 35 strikeouts in 45.1 innings pitched professionally.

The NHL Needed a Scapegoat. They Found One in Tim Peel.
Thunder Rosa on AEW’s Unrestricted Podcast