Green And Gold Report: A’s Get Off To Rough Start In Opening Week Of 2021 Season

A’s opened the 2021 season with an unexpected struggle of six straight losses before winning their first game of the season on Wednesday. 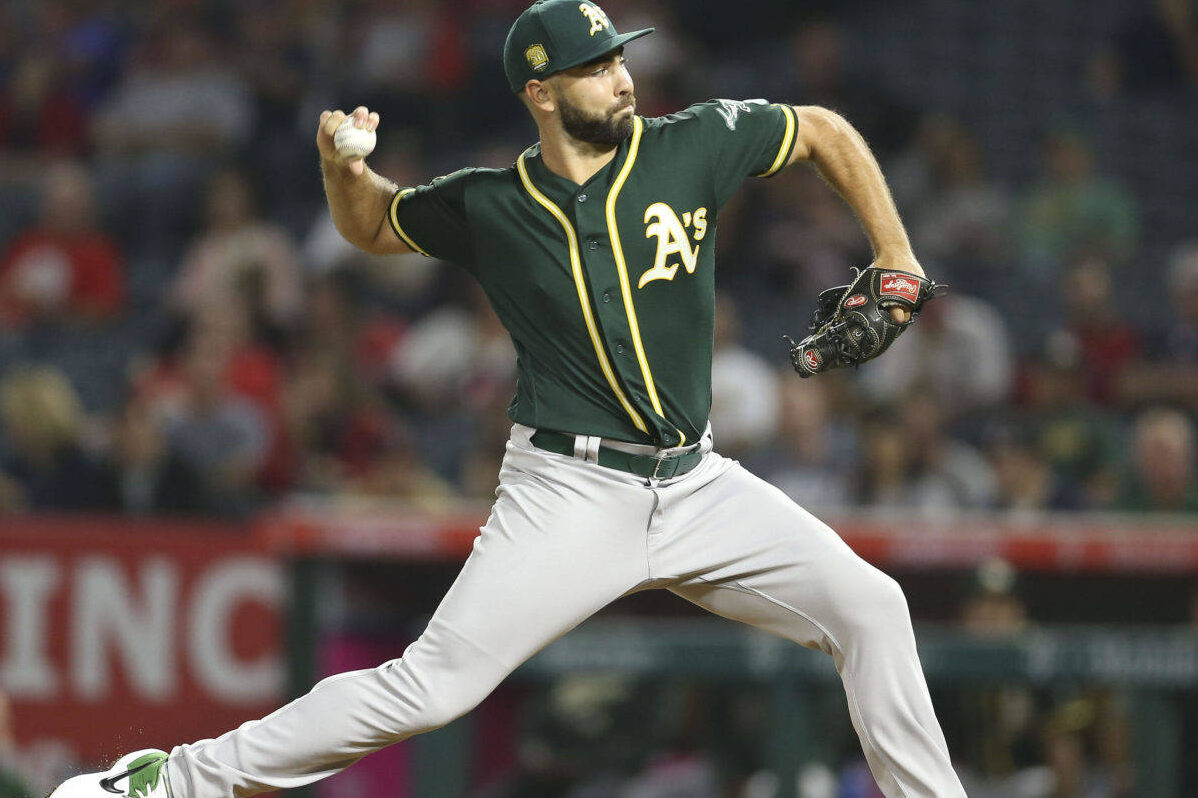 There is no sugar coating how disappointing of a week it was for the A’s. Their start to the season was disastrous, especially for a team with championship aspirations. How did the A’s get off to such a rough 1-6 start on the opening week? Does the team have far too many key players injured? The injury bug hit the team early but that certainly can’t be the only thing hampering the team. A good chunk of the healthy players were expected to be able to carry the A’s, but so far have barely produced. On the hitting side Mark Canha, Matt Chapman, and Jed Lowrie are the only major A’s bats who have managed to stay healthy for the entirety of the first week of the season. The problem is, all three of them put up pretty lackluster numbers to start.

Pitching-wise the A’s are yet to have a commanding start from anyone in their rotation. But the bullpen has been the unit really causing games to fall out of reach. The bullpen has yielded a combined 6.49 ERA. Any good news? The A’s ended the first week of the season on a positive note, with their first victory on Wednesday. This was thanks to clutch hits late by newly acquired shortstop Elvis Andrus and first basemen Mitch Moreland. Moreland got the walkoff base hit to win it for the A’s in the 10th inning on Wednesday.

While 1-6 is nothing to get excited about, this victory could be that turning point of momentum the team needs to regain confidence. The A’s will start the week off against more tough opponents as they face off against the Houston Astros for the second time this season. Following this, the A’s schedule hopes to ease out. They will face off in a two-game series against the Arizona Diamondbacks.

Players Of The Week

Hitter: Mark Canha (27 at bats, .222/.323/.444): With a series of A’s bats filing in and out of the lineup due to injuries, it was an overall unimpressive week for the A’s lineup as a whole to say the least. But if any player came out and played on a consistent basis and produced, it was Canha. He has put up some decent power numbers as he is getting settled in his new leadoff role with the team

Pitcher: Lou Trivino (5.2 innings pitched, 6 strikeouts, 1.59 ERA, 0.53 WHIP): If there was any real bright spot to the A’s bullpen this week, it came from Trivino. Despite surrendering a pair of walks early in his outing on Wednesday, he came through in the ninth and limited any more damage from the Dodgers. This ultimately opened the door for the A’s offense to tie up, and eventually win the game. So far he has performed well when needed, making him a go to option out of the pen for the time being.

1B Matt Olson (day to day, left knee contusion): Olson was one A’s hitter who had gotten off to a decent start going 4-for-17. Surprisingly he is yet to produce a homer, as he is known best for his power. Olson has not played in the last couple of games as the team is likely looking to make sure that he gets healthy enough for the long season ahead. If the A’s are going to get the long ball going, Olson will be a key bat.

LHP Reymin Guduan (10-day injured list, strained left thumb): Coming off a breakout spring training that won him a roster spot, the 29-year-old has struggled dramatically. So far this season, he has surrendered eight earned runs in just 2.2 innings pitched. The A’s might end up sending him back to the team’s alternate site.

RHP Mike Fiers (10-day injured list, lumbar strain): Fiers missed the start of the season due to a right hip inflammation. This sidelined him for spring training as well. The veteran righty reportedly tossed three innings against the Giants at the A’s alternate site. The pitching staff could really use his return with the way they’re struggling out of the gate.

OF Chad Pinder (10-day injured list, sprained left knee): Like Olson, Pinder was off to a respectable start. He put up a .600 slugging percentage in seven games played while making impactful plays in the outfield. Unfortunately, he suffered a knee sprain after crashing into the wall on a stellar catch that robbed Altuve of a leadoff double in Sunday’s game.

RHP Trevor Rosenthal (10-day injured list, right shoulder inflammation): Fans may not get to see the Rosenthal comeback story they were hoping for. Acquired as a favorite for the team’s closer role, Rosenthal will likely miss the next few months and possibly the entire season. On Tuesday Rosenthal visited a shoulder specialist in Dallas, Texas and is reportedly considering thoracic outlet surgery. If he does proceed with that he could be out for at least 3-4 months.