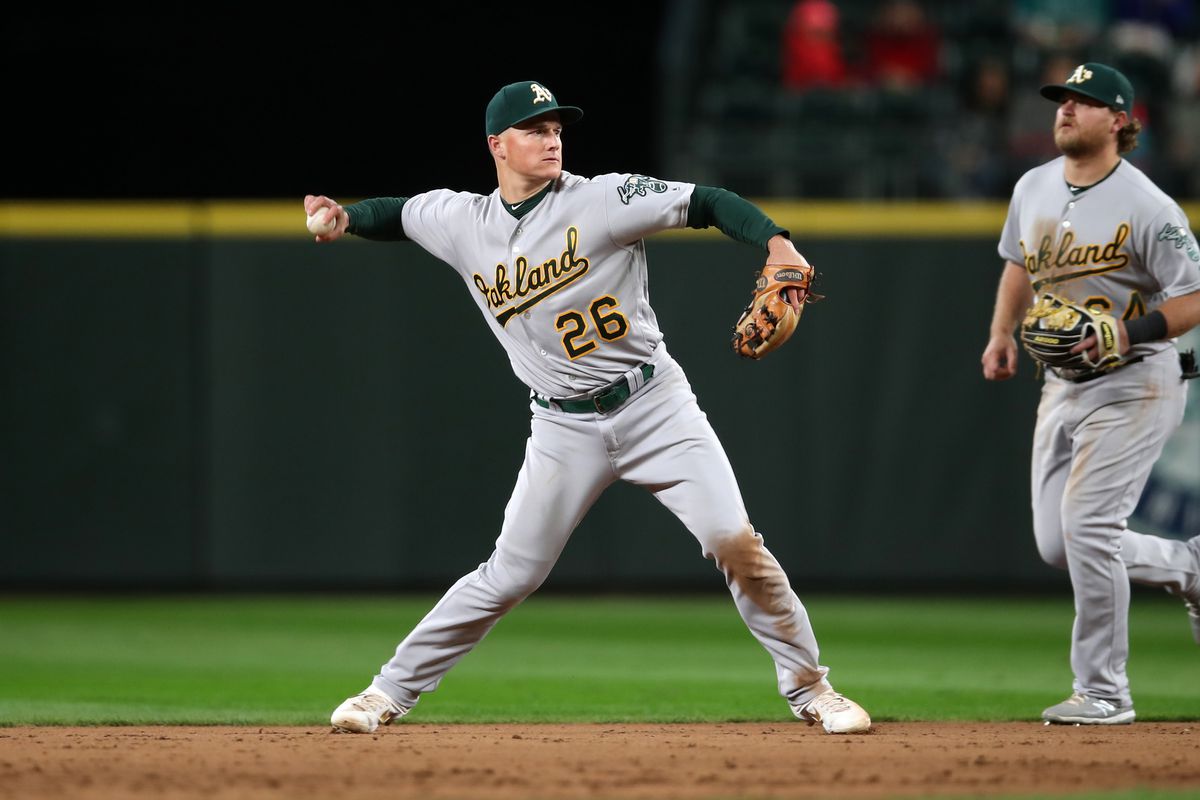 Coming off a week of loss and disappointment, the A’s are starting to show that patience in the off-season could pay off for the team’s future. Even if that means getting rid of last season’s core names. The key in building a baseball team is balance, and the A’s look focused on diversifying the player qualities in which they acquire. It is essential that the team finds that balance of experienced players ready to go come spring training and young talent as future assets. Here is what went down in another busy off-season week for the green and gold.

Team Set To Report To Spring Training In A Week

On Tuesday it was announced that A’s pitchers and catchers will be reporting to spring training for their first workout on February 17 as a full, 162-game season is expected to start on time. Position players will be reporting in two weeks on February 22. Plans of allowing fans to attend spring training games under certain protocols look to also be getting initial approval.

The Oakland Coliseum will officially open as the first federally operated mass vaccination site starting Tuesday, February 16, and will be administering vaccinations to eligible Alameda County residents. The site is being co-run by the Federal Emergency Management Agency (FEMA) and the state of California through the Governor’s Office of Emergency Services (Cal OES). FEMA is also expected to deploy resources and staffing to provide operational support. The site is targeting to get residents vaccinated in one of the most diverse and socio-economically challenged communities in the country.

Another Legend From The Booth Lost: Legendary Reporter Pedro Gomez

On Sunday, February 7, longtime ESPN reporter Pedro Gomez died unexpectedly in his home at the age of 58. Gomez was a well-respected legend on the sidelines, covering the game for SportsCenter, Baseball Tonight and several individual teams, including the A’s. Gomez covered the team through two separate stints with the San Jose Mercury News (1990-94) and the Sacramento Bee (1995-97). Baseball writer Howard Bryant tweeted about his memories of Gomez standing up for him when he was in his early days covering the A’s, as he was an ambassador to young reporters like Bryant at the time.

Texas Rangers Get Khrushed As Elvis Has Left The Building

“Playing in Oakland is not easy, fans are on you. They’re passionate, they’re loyal. No matter what happens they’ll support their players and they can get loud,” said Andrus according to A’s Cast.  “I can’t wait to rock in that white uniform and jump out there in the field with the guys.”

While Andrus is looking forward to playing in front of the loud and energetic fans of the green and gold as a whole, the particular group he’s referring to are the ones in the left and right field bleachers. Over the years from creative chants such as “I believe in Stephen Vogt” to creative signs such as “Salute To Khrush”, the bleacher die hards have found inventive ways to exhibit their dedication to each player. Who knows what costumes or statements they have in store for Andrus when they can start going to games again? Elvis has left the ballpark?

Is being whistleblower to look out for the integrity of the game a bad thing? Apparently, the rest of the league was not interested in pursuing right handed starter Mike Fiers, the key whistleblower for the Houston Astros sign stealing scandal. As it happens, the one team who pursued him was the team he wanted to re-sign with. “It was crazy how much support I got and how much they really appreciated what I did, not only just for Oakland, but for the game itself,” Fiers told the San Francisco Chronicle.

As a result of teams not pursuing him and the A’s not being big money spenders, Fiers took a massive pay cut by signing a one year, $3.5 million deal for 2021. There are certainly other factors as to why teams were uninterested in Fiers. His spin rate and fastball velocity dropped in the shortened season and Fiers did put up a below average ERA+ of 90 for the first time in three seasons. But overall, he’s been successful with the team since being acquired during the A’s playoff chase midway though 2018. He has gone 26-9 over the past three seasons. This could be another chance for Fiers and the A’s to get back at the Astros, the other division rival from Texas. They somewhat did that last season when they dethroned the Astros as division champs.

A’s signed veteran infielder Jed Lowrie for the third time on Wednesday, as he looks to write another memorable script in his third stint with the A’s. His other two stints in Oakland were between 2013-2014 and 2016-2018. He put up the best seasons of his career with the team and was a part of a number of playoff runs. This time around, after battling injuries as he has throughout his career, the A’s signed him to a minor league deal with an invite to spring training. While the A’s again are taking an injury risk on him, his proven success in the past with the green and gold should excite the team. They may have found their best option at second base.

Bruce Arians: Champion at Last
Kyrie Sounds Off On Nets Amid Struggles