As the A’s 2021 season opens up the team come with high expectations. Here are five things to watch for in the 2021 season. 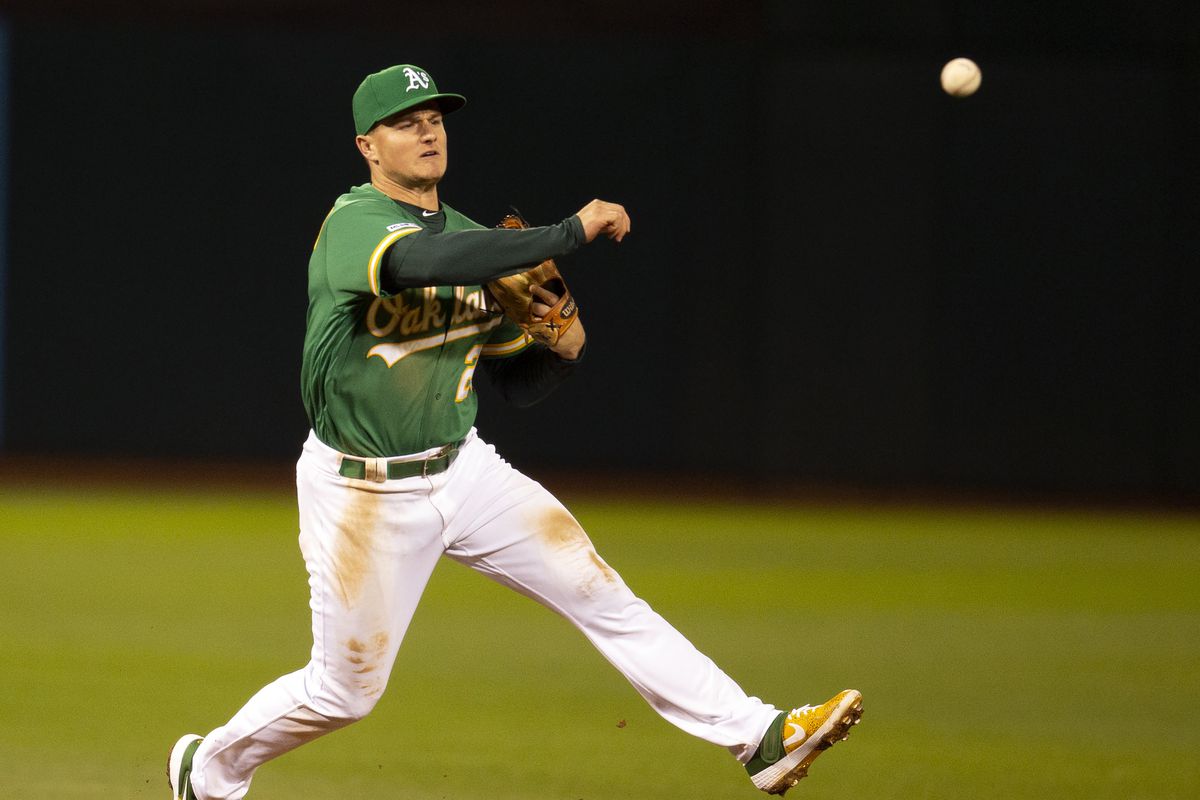 In last season’s preview, I was skeptical that Major League Baseball would even make it through a 60-game season. At the same time however, I was optimistic about the team’s championship aspirations. The latter is true going into this season. Though how they will achieve this is difficult to predict. Especially with a team so talented on many levels across the board. For example, in 2019 the A’s bullpen deficiencies were their biggest issue but were what carried the team to the postseason in 2020. The team was expected to have a big year offensively from the power standpoint but finished in the bottom half in home runs hit. Breakout years were expected from the A’s young pitching core, yet the one pitcher who had a quality year was the fifth starter in their rotation Chris Bassitt, who is now the A’s Opening Day starter. But there are always realistic expectations that fans should watch for. Here are five things fans could expect from the 2021 Oakland Athletics.

While the A’s lost the team’s initial source of power from a few seasons ago in Khris Davis, the A’s should have no shortage of power, and it is feasible to believe that the bash is truly back. Matt Chapman and Matt Olson have formed one of the great middle of the lineup home run tandems at the corner infield spots in the last three seasons. Each had a down season but had abysmal years but both have looked like there old form, if not better in spring training. In an age of the long ball in baseball the A’s have been no exception as their lineup is still power heavy with the likes of Mark Canha, Ramon Laureano, and Sean Murphy.

There is no question that each pitcher in the A’s starting pitching staff is capable of being a dominant, reliable arm, but that wasn’t the case last season. Chris Bassitt was the only A’s starter who finished with an ERA south of 4.00 last season. As a result, he has made a dramatic jump from being a borderline fifth arm in the rotation to being the teams’ opening day starter. The team also decided to stick with the rest of their rotation for the season, as everyone knows that the 2020 season could have been a fluke. There has been some promising developments among A’s pitchers in spring training and the staff looks healthier to start the year.

The A’s freed up some massive cap space with the departure of free agents Marcus Semien and Liam Hendriks, as well as through the Khris Davis trade with the Texas Rangers. The three players ate up a combined 35.35% of the team’s payroll. The A’s kept the rest of their power bats by avoiding arbitration with Matt Chapman, Matt Olson and Mark Canha. But if Canha continues to display power with smart, timely hitting and good fielding, and if Matt Olson and Chapman are in their best form, at least one of them will be due for an extension. The hope is the A’s finally find a staple in one of these players that the team can commit to for the long term, something the A’s struggle to do with their players due to payroll restrictions.

4. Are the A’s overloaded at second base?

The one infield position that has been the A’s biggest offseason question mark is the second base position. This offseason was no exception. However, several of the players auditioning for the position have had great springs, including Jed Lowrie, Chad Pinder, Pete Kozma and Tony Kemp. Unfortunately Kozma did not make the opening day roster. With several previous farm system greats now getting a start at the big league level the A’s might consider trading one of these pieces, to help rebuild a stronger farm system. The A’s did not have a single player ranked among MLB Pipeline’s Top 100.

This past offseason rumors loomed that longtime legendary team general manager and current vice president of baseball operations Billy Beane was rumored to be leaving the A’s after spending the last 31 years with the team. The reason was because his special purpose acquistion group RedBall was in talks to merge with Fenway Sports Group, the parent company of the Boston Red Sox. This would have been a conflict of interest leading to Beane leaving the game of baseball. The merger reportedly did not go through meaning Beane will be with the team for another year. Could this be his last though? He certainly hasn’t ruled out the possibility of retiring from the game of baseball.