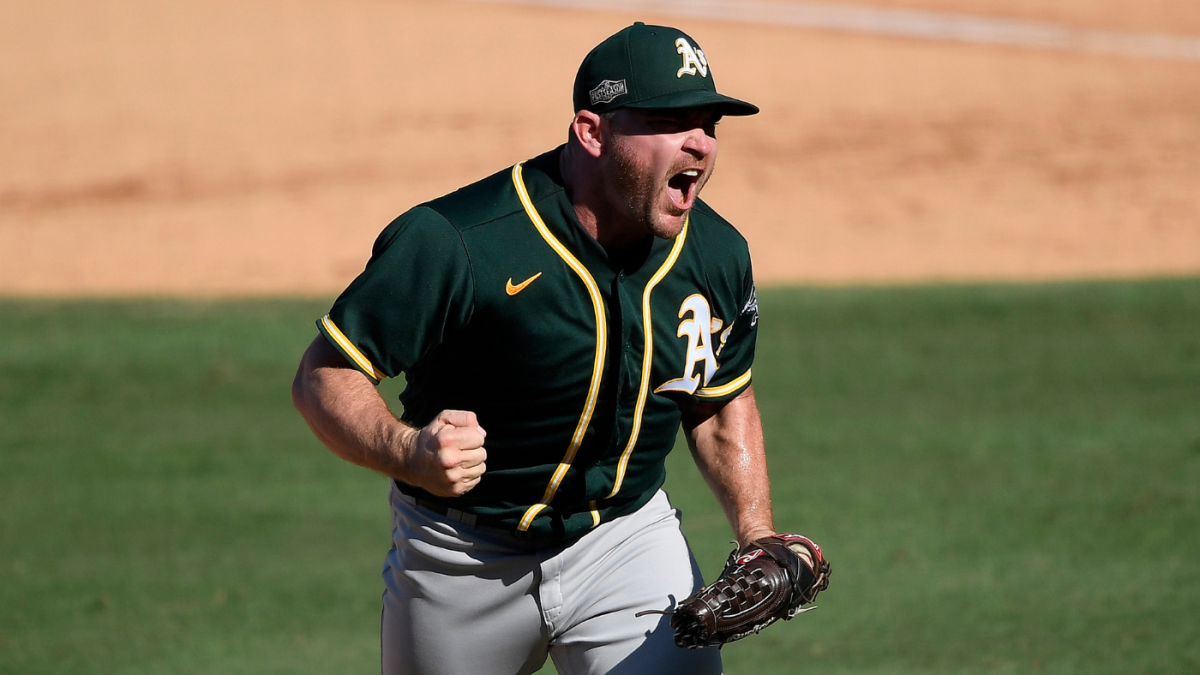 When will there be Oakland A’s baseball again? Will Oaktown’s fanatics be back at the Oakland Coliseum anytime in 2021? Which of the team’s nine free agents will be wearing the green and gold in 2021? And what is the current status with longtime general manager Billy Beane? All of these offseason questions are yet to be answered for the A’s. But this week saw no shortage of news on the green and gold front as awards were handed out, roster additions were made in the Rule 5 Draft, and the team’s minor league system was altered.

A’s closer Liam Hendriks was named to the All-MLB First Team on Wednesday. He joined Tampa Bay Rays reliever Nick Anderson as one of two American League relievers to receive this honor for the 2020 season. In a shortened season that featured an inconsistent offense and a series of unreliable starting pitching performances, Hendriks was the key piece that elevated the A’s success. Following a breakout 2019 season where Hendriks became the A’s closer and put up an impressively low 0.97 WHIP, Hendriks mirrored that domination this season. He proved to be even more valuable in some respects, as he came in as early as the seventh to give the A’s 2-3 shutdown innings. A closer like Hendriks who can offer both a few innings and close out the game, is the type of reliever any team craves.

The A’s went big in this year’s Rule 5 Draft, the annual draft where team’s select players who are not on other team’s 40-man rosters, in order to fill voids on their 40-man roster. This year the A’s selected two guys who will look to be a big part of the team’s future along with two players from the minor league portion of the draft. The A’s took outfielder Ka’ai Tom from the Cleveland Indians farm system and right-hander Dany Jimenez from the Toronto Blue Jays.

Tom joins a crowded group of young A’s minor league outfielders, but might be that fourth left-handed hitting outfielder the A’s are looking for if they do not plan on re-signing Robbie Grossman. He offers defensive versatility in the outfield and has progressed in his power over his minor league career. What has held him back? He has been underestimated because of his size.

However, A’s assistant general manager Dan Feinstein said in an interview after the draft that “He’s a patient hitter who makes a lot of hard contact and hits line drives. He’s got enough pull power to occasionally hit a home run, but we’ll expect him to hit the ball hard to all fields.” His patience certainly speaks for itself, as last season with the Indians Double-A and Triple-A affiliates where he put up impressive on base percentages of .386 and .370.

Jimenez is another rookie addition to the A’s set of young pitchers as he is expected to compete for a bullpen spot this coming spring. The 26-year old righty will get the opportunity to display his above average fastball and slider. He made a brief major league appearance last season with the San Francisco Giants, coming out for 1.1 innings, striking out one and allowing one earned run.

The A’s also selected minor leaguers Zach Jackson and Brett Graves from the draft’s minor-league portion. The two could also compete for pitching spots down the road. Could one of these players emerge as a major part of the team’s future? It is certainly possible. Just look at A’s outfielder Mark Canha; he went from being a Rule 5 Draft pick to being one of the team’s most productive bats these past two seasons.

This week, the A’s announced which Minor League affiliates will be back with the team for the 2021 season. The Las Vegas Aviators will remain at the highest level as the A’s Triple-A affiliate, as will the Midland Rockhounds as the team’s Double-A affiliate. For their High-A affiliate the A’s have brought in a new team, the Lansing Lugnuts of Lansing, Michigan. The Stockton Ports, who play just north of a one hour drive from Oakland, were the A’s High-A team for the past 14 seasons. They will be reclassified as the A’s Low-A affiliate, along with the rest of the California League. As part of the minor league affiliation reduction, the A’s will lose their Short-Season affiliate, the Vermont Lake Monsters, who are now expected to become independent. These changes will impact recent draft picks the most. Apart from the Arizona Rookie League, the A’s will need to figure out a new way for their future stars to develop with the absence of the Short-Season level.

The NBA Team to Watch this Season
The Main Event For The HARD TO KILL PPV On Jan. 16, 2021 Is Confirmed: Kenny Omega & The Good Brothers vs. Rich Swann & The Motor City Machine Guns