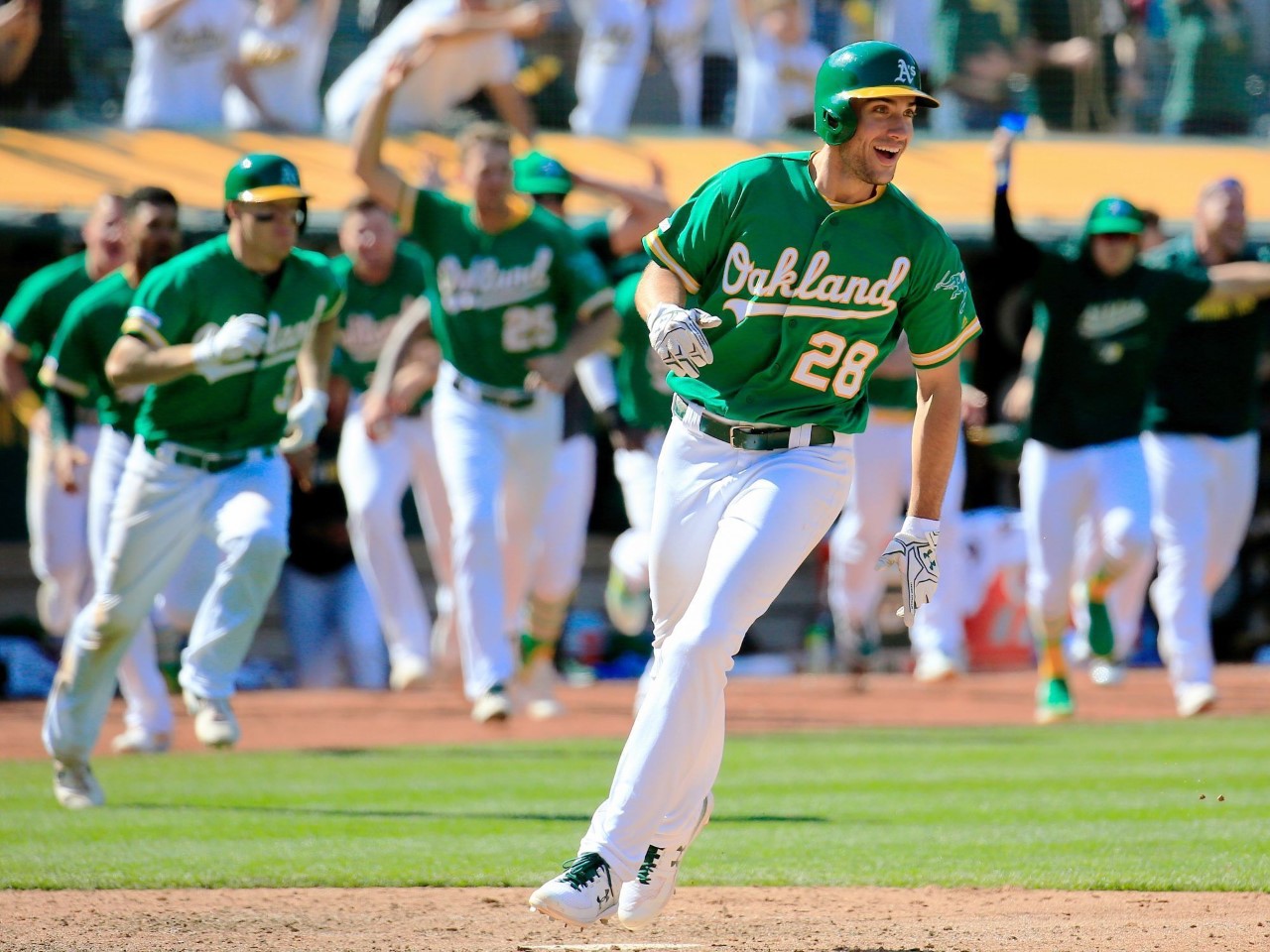 Moneyball A’s still? Waterfront glory at the port of Oakland? Taking the next step in postseason contention? These are key questions surrounding the A’s franchise as the fans of the green and gold brace for an uncertain offseason. This week the A’s got right to work signing several key roster names to avoid arbitration. But they still have a lot of questions to answer with their plethora of free agents and prospects.

The A’s announced Thursday that they will make one change to their coaching staff for the 2021 season. They hired former outfielder and longtime member of the A’s franchise Mark Kotsay as their third base coach. Kotsay spent the last three seasons as the A’s quality control coach. He first came to the A’s coaching staff in 2016 as the team’s bench coach. Kotsay also spent four seasons in his 17-year playing career with the A’s between 2004-2007. He should continue to bring a young, franchise friendly presence to the masterful coaching staff of the green and gold.

The A’s tendered four players by the December 2nd deadline re-signing right-handed reliever Burch Smith to a one-year deal worth $705,000, utility man Chad Pinder to a one year deal reportedly worth $2.275 million, infielder Tony Kemp to one year $1.05 million, and most notably power hitting first baseman Matt Olson to another year worth $5 million. The A’s are giving Olson another chance following a dismal .195 average at the plate this last season he continues to show significant pop, ranking in the top half of the league among barrel rate. But when Olson gets hot, he hits bombs. Plus the A’s are taking little risk on him for redemption. And it only helps his value that he won back-to-back Golden Gloves in 2018-2019. According to Brian McTaggart of MLB.com, the A’s now have six arbitration eligible players, including starting pitchers Chris Bassitt, Sean Manaea, and Frankie Montas, reliever Lou Trivino, outfielder Mark Canha and third baseman Matt Chapman.

Starting pitcher Mike Minor, whom the A’s acquired via trade from the Texas Rangers, signed with the Kansas City Royals. Starting pitching was one of the bigger areas of struggle for the A’s, particularly in the postseason. They decided not to pursue a deal with Minor. It appears they’ll put their trust in improving the other pieces of the current rotation.

Three minor league free agents, including outfielder Greg Deichmann and right handed pitchers Miguel Romero and Wandisson Charles. On November 5th, it was reported by Martin Gallegos of MLB.Com that the A’s acquired outfielder Junior Perez as the “player to be named later” in the deal that sent top prospect infielder Jorge Mateo to the San Diego Padres.

Down The Farm Prospect News

The top pitching prospect had his highly anticipated 2019 and 2020 seasons hampered both by Tommy John surgery and shoulder surgery. Could this be the year that baseball fans finally see his devastating fastball and breaking ball combo?

The 26th overall pick in the 2019 MLB draft, Soderstrom looks to be a special type of player according to scouts. He has great power and an above average arm. The question is where will the team have room for him next year?

The power hitting infielder showed he also has potential on defense when he made his major league debut in 2019. While his scouting report touted him for his power, his fielding and positional defensive adjustment combined were actually 2.2 points above average. Meanwhile his batting and baserunning adjustment was -3.3 points below average in his 25 major league games. If he continues to display promising fielding, he might have a chance at second. But his power and strong arm are not qualities the A’s roster are in desperate need of. The possibility of him coming up will depend on the health of the A’s infield.

Taken 29th overall out of Clemson University in the 2019 draft, Davidson has exceptional power and speed, something not typically expected out of the shortstop position. He’s struggled to hit so far in the minors, batting just .239. With the A’s trading away top prospect shortstop Jorge Mateo in June and Marcus Semien testing free agency, it’s certainly possible the A’s will have a shortstop void to fill. This could bring Davidson up earlier than expected but he’s not the only shortstop prospect the A’s have.

Like Davidson, Allen is a 22-year old shortstop prospect for the A’s. Unlike Davidson, however, Allen lacks power and thrives with his reliable glove and strong arm. Will his fielding value be enough to earn him a place in the bigs?

An above average changeup complements Jefferies’ stellar fastball command. The 2016 37th overall pick out of California had his major league debut slowed down by Tommy John Surgery and a bicep issue. He had a rough major league debut in his one start this past season, but what Jefferies can bring is yet to be truly displayed as he came in during a busy stretch of games in an unprecedented year. The question remains however, whether Jefferies’ injuries will plague him from kick starting his career.