Green And Gold Report: What Is Happening In Oakland? A’s Continue To Ride Red Hot Wave

“Ride The Wave” has been a trendy mantra as the A’s have been riding a hot wave over the past three weeks, winning 14-of-their-last-16 games. 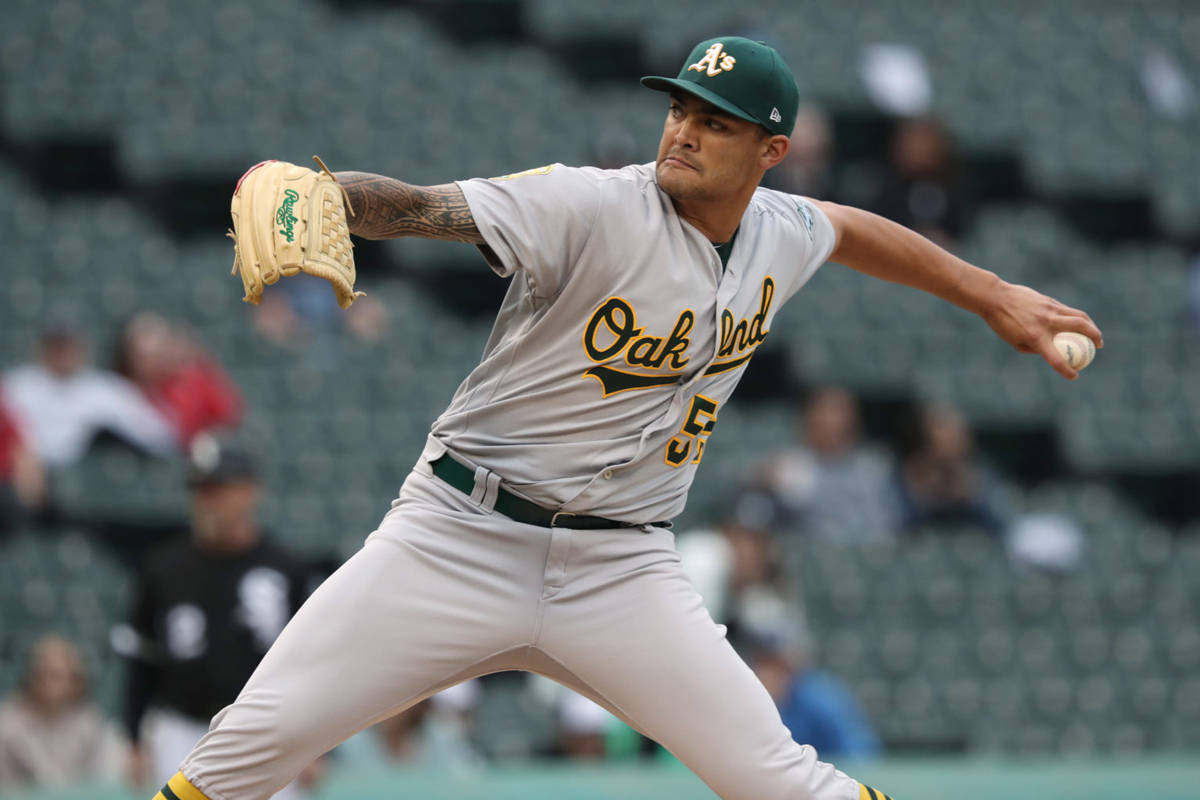 Three weeks ago, the A’s looked like the laughing stock of Major League Baseball. Now, they are coming off a 13-game win streak. I was not ready to write the next Green And Gold Report for fear of possibly jinxing their winning streak. But while the A’s winning streak came to a close in Sunday’s 8-1 loss to the Baltimore Orioles, the team’s wave of dominance has shown little signs of dwindling. The team is at the stage the excites fans the most, when they are gradually sneaking up on other powerhouses for league dominance. This is thanks to them looking like the biggest disappointment early on with an 0-6 start. From stronger outings by their starters to late bullpen holds, the A’s pitching has helped compliment the team’s lively display of the long ball. Here is this week’s Green And Gold Report.

A’s president Dave Kaval submitted a proposal to the City of Oakland last Friday on finances for the new stadium project proposal. In the proposal, the A’s have agreed to privately finance a $1B+ state of the art waterfront ballpark on Oakland’s Howard Terminal. The proposal is reportedly set to bring $955M to Oakland’s General Fund. Kaval hopes for the city to take a vote on the project before their summer recess.

RHP Mike Fiers (lumbar strain): On Monday the A’s reinstated starter Mike Fiers from the 10-day injured list. With the A’s starters cruising along, he is expected to be available from the bullpen in the next couple of games. To make roster space for him, the A’s optioned reliever Adam Kolarek to the team’s alternate site. Fiers gave the A’s rotation a needed veteran arm in their playoff runs over the past three seasons.

OF Mark Canha (48 at bats (.216/.396/.324): Canha has done all that has been asked of him in the leadoff spot. He is tied for the league lead with 23 runs scored, has walked 14 times, and has stolen four bases. He’s also hit three home runs so far this season. But the team is yet to see everything he can bring at the plate. Lately Canha has slowed down a bit. But if he can bring the strikeout numbers down, he could be a formidable piece in the A’s lineup.

C Sean Murphy (38 at bats, .219/.342/.531): Murphy has been a huge difference maker in the past few games. Apart from his valuable services behind the plate, the 26-year-old is showing off his power. He hit two of his three home runs on the season in the last couple of games against the Rays. He also showed off his strong arm by throwing out Joey Wendle trying to steal second in Tuesday’s game. Most importantly, Murphy has called a series of solid games as of late. This is a big reason why the A’s are seeing longer, better outings from their starting pitchers. And while most of the A’s bats have suddenly looked quiet in the past three games, Murphy’s has given them some life.

LHP Sean Manaea (18 innings pitched, 20 strikeouts, 1.50 ERA, 1.00 WHIP): Manaea is finally locating his pitches well and throwing hitters off with his breaking stuff, something the A’s have really hoped to see for what feels like awhile now. In the past three starts, the 29-year-old tall framed lefty has struck out 20 batters, while allowing just three walks. On Monday, Manaea worked his offspeed pitches more then usual according to MLB.Com. He gave the team five solid innings before turning the work over to the bullpen. Manaea’s performance ultimately was the difference maker in the team’s 2-1 victory, a game in which the A’s offense was held to just three hits.

RHP Yusmeiro Petit (7.2 inning pitched, 7 strikeouts, 0.00 ERA, 0.65 WHIP): Another vital part of the A’s close game victories has been their longtime middle inning bullpen staple in Petit. There were certainly questions about whether Petit still had it after a difficult stretch in last year’s postseason. He has also seen a drop in his fastball velocity. From the recent performances, As management should concede to yes as the answer. He has given the A’s key innings late. These key innings have been the difference maker in preventing further damage to keep the A’s in close games throughout the streak. In the last six outings he gave up no earned runs through 7.3 innings of work.