Grizzlies Aren’t Afraid to get Old-School 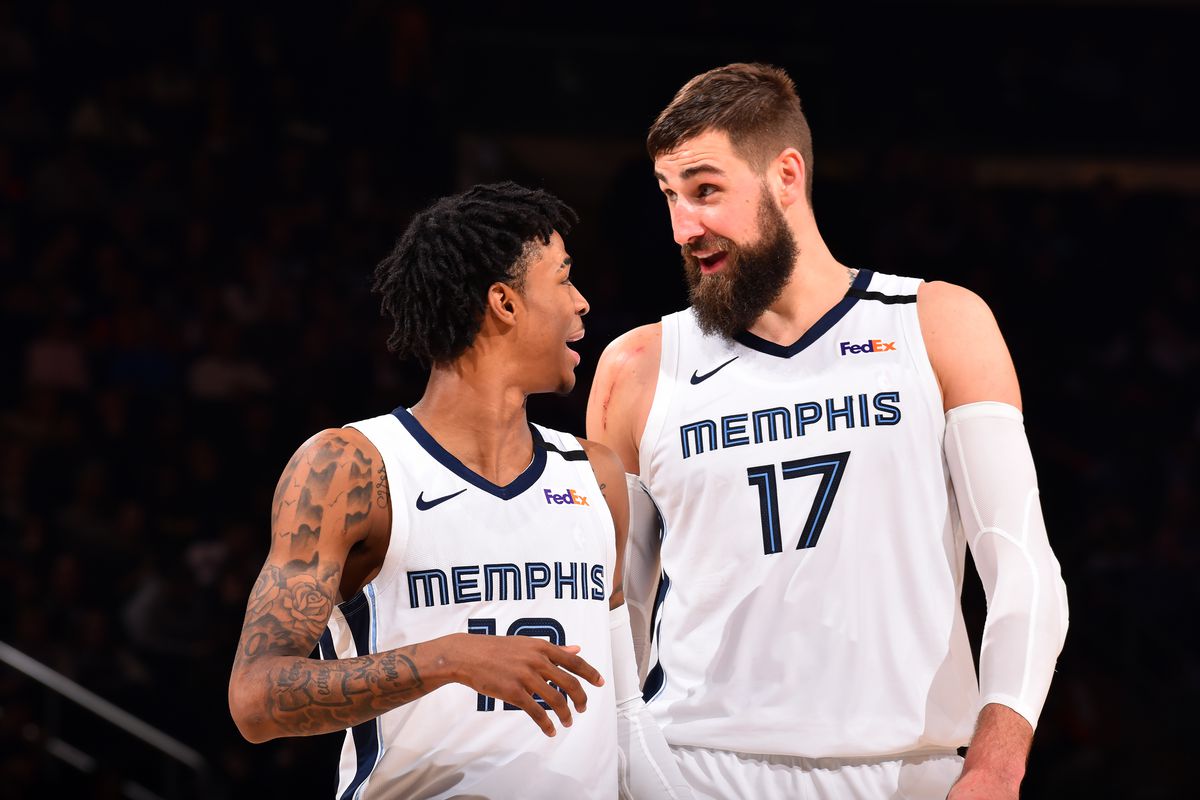 Say what you want about Taylor Jenkins, the man has shown he’s not afraid to buck tradition. Having never played a minute of college basketball, Jenkins graduated from the Wharton School of Business straight into a front office gig with the San Antonio Spurs, eventually moving onto the coaching staff after discovering his passion by coaching a youth team (so yes, coaching a YMCA team can be considered an entry-level position for the NBA). He constantly curses during games, and serves as the second-youngest coach in the NBA. Only Ryan Saunders, who’s served as Jenkins’ opposition for the past few games, precedes him in terms of life experience.

With such a unique background, one might expect Coach Jenkins to approach the game similarly to his method of entry. If last night’s game was any indication, he may be a man of even more complexity that you would think, as he dipped heavily into the old-school playbook en route to a dominant victory over the Minnesota Timberwolves. How does one pull that off in the modern NBA? Defense, defense, defense. The best way to limit scoring is to limit shots. That may seem obvious, but it’s much easier said than done. Fortunately, Jenkins has reached deep in his bag the last two games–the Timberwolves jacked up 86.5 shots per game against Memphis, a noticeable drop from their average of 91.6 last season. He’s also managed to cut down on their shooting from beyond the arc. Saunders’ squad shot a paltry 27.5% from downtown–nearly six percentage points below their usual clip.

Jenkins’ old-school approach doesn’t just translate to his overall philosophy, it seeps into how he decides to utilize individual players. A lesser coach would discard Jonas Valanciunas, a talented yet lumbering big man without an elite three-point stroke, deeming him unfit for the pace of the modern game. Instead, Jenkins has turned the Lithuanian into the ideal pick-and-roll partner for Ja Morant, using the big’s bulkiness to clear lanes for his sophomore partner. It’s not all dirty work for Valanciunas either. He barrelled his way to 22 points, but flashed some veteran savvy in his game, racking up five assists to boot. I don’t dare say his playmaking is Walton-esque, but if that aspect of his game continues to develop he could quickly become the piece that puts a contender over the top (very reminiscent of Marc Gasol, the man he was traded for).

Speaking of underrated pieces, it’s time to give Kyle Anderson his due. Dude’s refused to go the way of the disgraced former Spur (a la Jonathan Simmons), and has carved out a role for himself painting Picassos in a world of Rembrandts. Put simply, Slow Mo’s game isn’t for everyone–it’s janky, awkward, unconventional. But where else to display one’s absurdist game than under Jenkins? It’s clear that the coach views Anderson as a swiss army knife–with his size, playmaking, and defensive ability, expect to see him play all five positions over the course of the season. Jenkins gushed about Anderson after the win–“He puts in the work every day for us, what a unique playmaker”. That love translates to box scores as well. Racking up 16 points, eight rebounds, and three assists last night, expect Anderson to continue stuffing the box score in whatever fashion is needed.

Though plenty of basketball remains to be played, this is a Grizzlies team that’s only getting deeper. With Justise Winslow and Jaren Jackson Jr slated to return from injury within the next month, Jenkins will have a plethora of talent to navigate towards a hopeful playoff berth. In a season where teams will almost assuredly need to rely on depth more than ever due to COVID testing, this lends itself well to Jenkins’ squad. “What I love about our team is it can be anyone’s night”, he noted, pointing to the seven players who scored in double figures. In a season that’s as unconventional as it gets, it should be no surprise that Jenkins, the master of mixing the new and old, is uniquely positioned to make his first playoff appearance.