Grizzlies Dip Into Fountain of Youth to Bolster Their Shooting 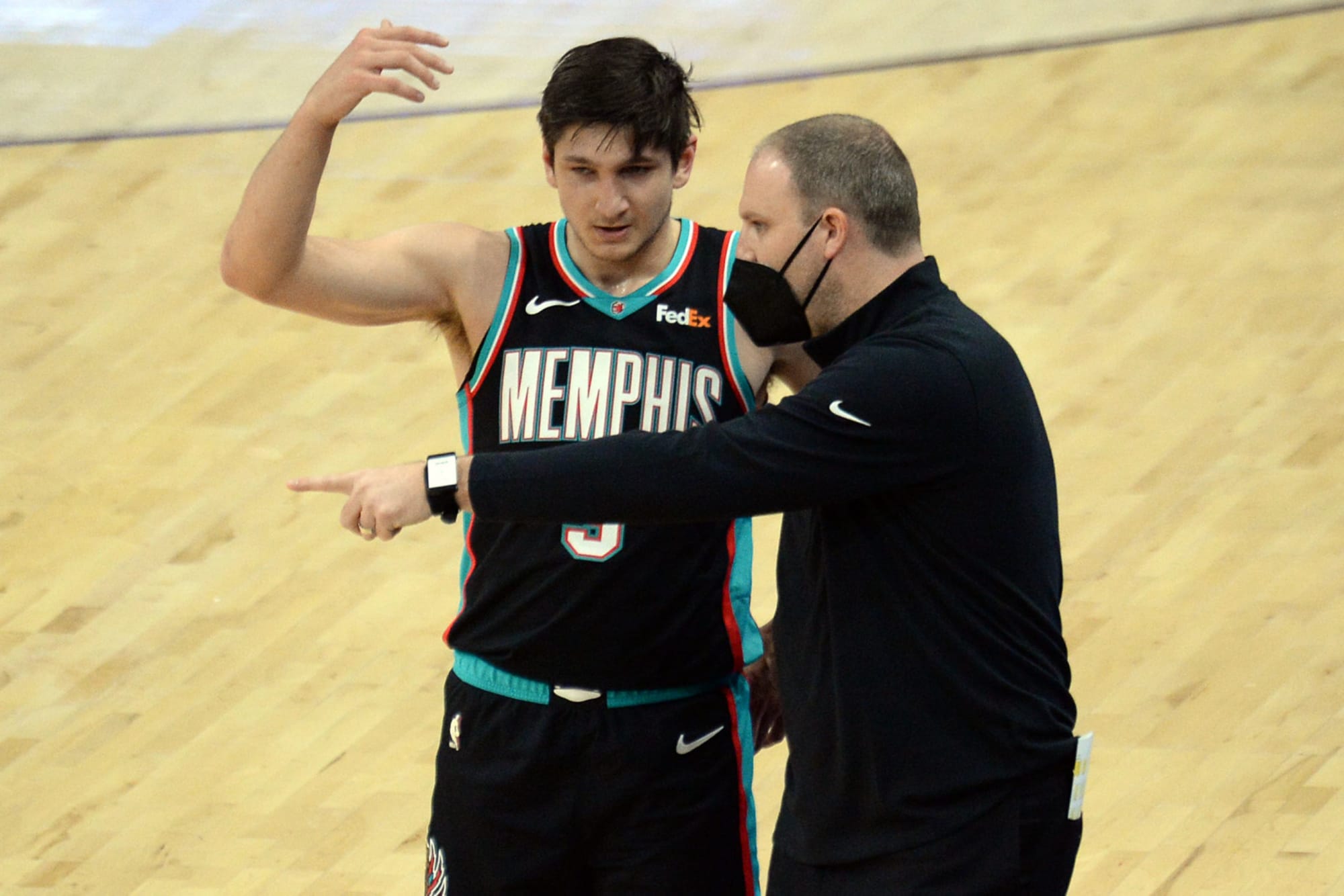 Youth is often considered a harbinger of doom for NBA teams. Conventional wisdom states that if your squad is littered with inexperienced players, they generally will be no match for the veteran tricks of the more tenured members of the association. Though exceptions to the rule come around every so often (think the 2012 Oklahoma City Thunder), matchups like Friday’s contest between the Memphis Grizzlies and Minnesota Timberwolves generally fight an uphill battle towards top-quality NBA basketball.

However, Taylor Jenkins gave me a fascinating response pregame when asked about the youth of his roster. Jenkins acknowledged his team’s youth, but emphasized that the roster excels at parlaying their lack of experience into adaptability. With myriad young players still in process of being molded on a day-to-day basis, the team has the capability of turning in dramatic improvements between games, much more so than teams that are settled in their ways.

It turns out that Jenkins’ pregame prediction was borderline clairvoyant, as like clockwork, Memphis made a major turnaround from their outing against the Utah Jazz. In that contest, the Grizzlies’ achilles heel was their lack of three-point shooting–simply put, only making five triples against the league’s best team just won’t cut it. With a four game road trip coming up against the Eastern Conference’s cream of the crop, Memphis needed a bounce back game in the worst way.

Fortunately, Memphis came out firing on all cylinders, hitting nineteen threes (the team’s second highest mark of the season). “[We] talked to the team yesterday about just trying to seek out more opportunities from the three point line,” said Jenkins after all was said and done. “I think we’ve done a really good job scoring it at a high clip getting into the paint, but we’re also missing some opportunities and trying to get some more threes, and having a little bit better balance on the offensive end. So, it’s great to make 19 threes but I think it’s even better to shoot 39 threes”

Though a solid majority of those triples came from knockdown spot-up shooters like Desmond Bane and De’Anthony Melton, it’s notable that Memphis has begun to specialize in a variety of off-the dribble threes. One that stands out is Ja Morant’s step-back jumper. Unfortunately, it’s nearly impossible to measure his percentage on sheer step-back threes, but I’d be willing to bet he shoots better on his step-backs than virtually any other shot from downtown. This is best case scenario for the young guard–though spot up shooting is a valuable commodity, his step-back triple erases the option for opponents to go under screens, leaving defenders in a ‘pick your poison’ scenario while defending the pick-and-roll.

Otherwise, Grayson Allen’s transition three is the talk of the town when it comes to the Grizzlies’ off the dribble shooting. Allen told me after the game that he’s worked the shot into his repertoire as a reaction to defenses tightening in on him.  “Every team wants to get up a volume of three point shots but you have to find good ones in order to make that work,” said Allen.

“So for me, a lot of the time in the halfcourt I don’t have the guy shifting off me now because I’ve been shooting it well this year.  I have to find other areas, other times on the court to get shots up– so that’s getting out in transition. If I get some space, letting it fly, or when I don’t have the ball, try to spring all the way to the corners to flatten out the defense so whoever has the ball and pushes on the break either has a lot more space or I’m gonna be open”

Moreover, the Grizzlies were able to shoot the ball in numbers, a rare occasion for the young squad. Five players hit more than one three against the Timberwolves, meaning Minnesota was thoroughly stretched out trying to cover all segments of the perimeter. “It makes it that much harder to guard us, when you can’t just keep one player in the paint,” said Xavier Tillman. “Everybody being a lethal threat from the perimeter opens up a lot of stuff not only for drivers like myself and [Brandon Clarke] and Ja, but for guys like Kyle, guys like Grayson. Now, you got to close out, he’s going to drive and make a play, so it opens a lot of stuff for us for sure.”

It’s clear that the Memphis braintrust has prioritized this even workload as a cornerstone for their growth. “[Shooting in numbers] is big for our growth,” said Jenkins postgame. “Our conversation yesterday was just about creating more balance in our offense…[with] our readiness and willingness to shoot from the three-point line, we got tons of guys that are capable three-point shooters. They put in the work, it paid off tonight now we got to go on the road and just keep carrying that mentality with us moving forward, and that can be a deciding factor of our offense improving.” With their toughest month of the season at hand, look for shooting to be the Grizzlies’ end-all and be-all in their playoff push.