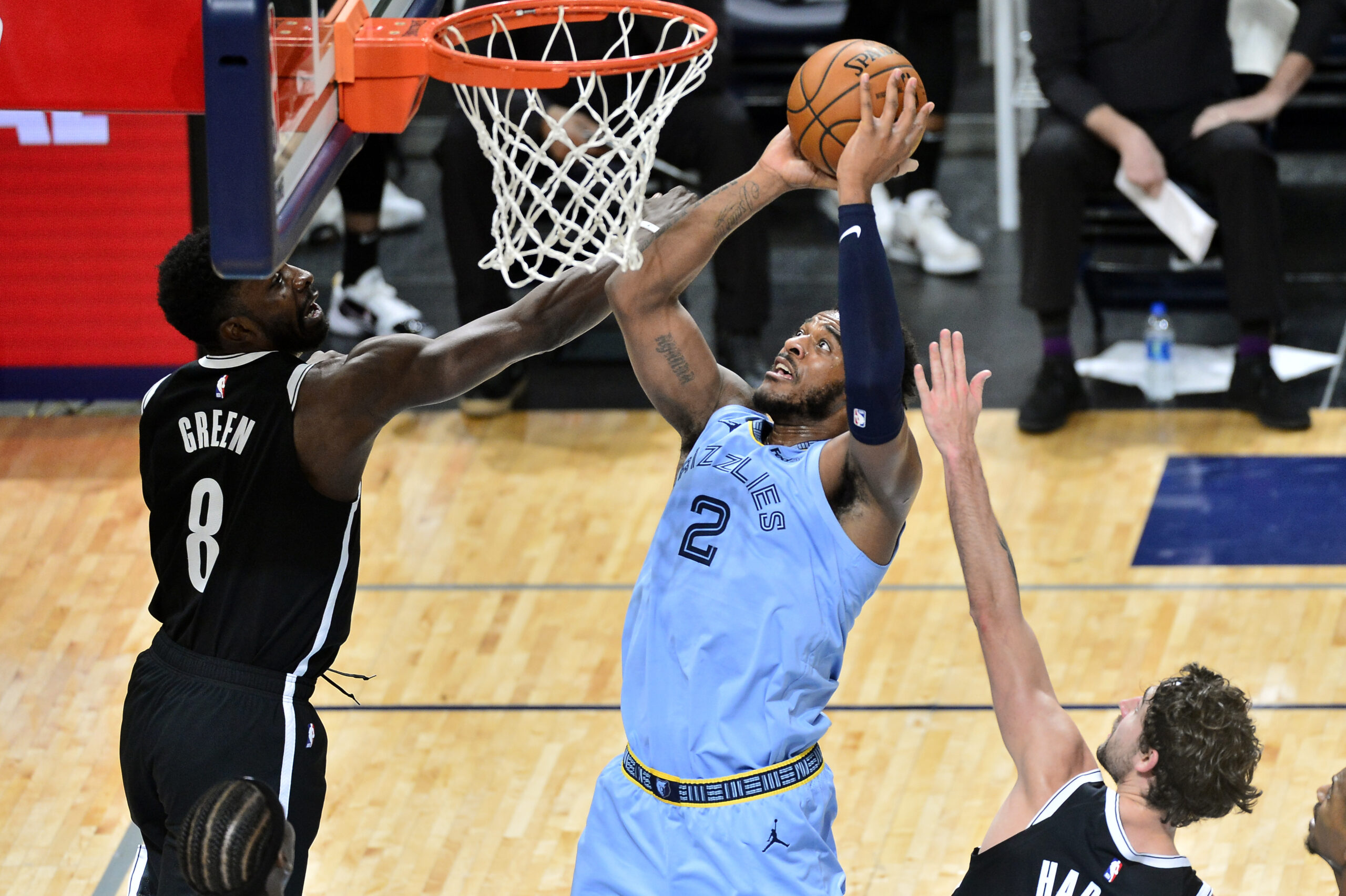 Man, people really hate this shortened season, huh? Coaches, athletes, and front office staff have spoken out on the weirdness of playing a spectator sport with no spectators–so much so that NPR even brought in a team of psychologists to examine the effects of the dynamic. If that wasn’t enough of an obstacle, injuries have also shot up across the board, despite what the NBA is trying to tell you. And if you’re lucky to get through the regular season unharmed, guess what? You might get forced into a first-ever play-in tournament, potentially flushing a whole season’s worth of effort in the span of a few days.

Make no mistake, I have to paint with broad strokes here when I say the shortened season has affected virtually every NBA team in one way or another. However, few have felt them quite like the Memphis Grizzlies. Though they’ve only wheeled out 11 different starting lineups this year (compare that to the Toronto Raptors, who’ve started 27 different fivesomes), the increased pace has bestowed injuries on virtually every player on their roster–only Tyus Jones has participated in each of the squad’s 56 game so far. Moreover, the rush of the season has exacerbated rehab times for the entire organization. Jaren Jackson Jr. is the obvious example of this, but no doubt that guys like Killian Tille and Justise Winslow would have returned earlier if the team was able to bestow more focus on their rehab.

However, what separates the Grizzlies from their counterparts is the way they’ve attempted to look on the bright side of the most challenging NBA season in decades. In fact, I dare say they’ve weaponized their schedule, using it as a tool to accelerate the team’s coalescence and growth. “I give our guys a lot of credit,” said Taylor Jenkins. “whether it’s a short amount of time in between games or we could have longer times in between games, our guys relish the time to compete….We take advantage of our shootarounds and treat those like some practices. We get our individual work in, doesn’t matter what the schedule is, our guys just seize every day. The games are coming and our guys relish those opportunities so I’m glad they’re taking advantage of it and finding ways to get better in the games as well.”

For a team that’s still growing (the team boasts the league’s second youngest roster), there’s no doubt the rapid-fire nature of the season has given their youth some structure under which they can develop, forcing them into consistency through a lack of nights off. No doubt that contact tracing protocols cut down on typical rookie shenanigans, but hats off to Zach Kleiman for drafting two of the league’s most mature rooks.

Moreover, the shortened season hasn’t only taken things away from the rookies, but presented opportunities for them to work harder than usual on developing. I asked Xavier Tillman if he thought that the upped pace has helped him improve as a player. “For sure,” he quickly responded. “I think a lot of times as a rookie I would assume that guys would dwell on their mistakes if they had two or three days of rest before the next game. The ability to have these back to backs or one day off and then a game you’ve got to almost wipe it clean in the locker room before you leave to go home so that  you’re ready to go for the next game.”

Immediately backing up his claims, Tillman followed up the press conference with a career night against the Denver Nuggets, posting personal bests in points, rebounds, and minutes in a double OT loss. “I was very proud of X,” said Ja Morant. ‘I told him we all have a lot of trust in him…for him to be able to come out and score 18 points and grab 14 boards while having that assignment to guard Jokic, it’s big time, a lot of credit goes to him.”

Finally, I can’t help but wonder if part of the team’s growth from the three point line can be attributed to the schedule. With fewer nights off, I imagine the team’s snipers have an easier time staying in rhythm given the reduced space between games. “It’s different,” said Desmond Bane, “because you can’t necessarily find those days just to get in the gym and get a lot of shots up, but playing all the time does definitely help [you] stay in rhythm.” On a fun statistical note, Memphis is somehow 9-5 on the final night of their back-to-backs, reinforcing the notion that the Grizz have been taking full advantage of their schedule’s challenges.

Finally, a word to the wise– though I’m making the case that the Grizzlies are taking advantage of their shortened season, it’s still a massive hindrance. Facing Chicago, Milwaukee, and Denver in four nights is a tall task, and though it took two overtimes for the Nuggets to provide Memphis their only loss, I still see a fair amount of anger over the outcome. Folks, relax. Take a few deep breaths if you must. Remember that this is the league’s second youngest team, firmly entrenched in a battle for a playoff seed in one of the most competitive conferences in recent memories. With only a month left in the regular season, let’s make sure to enjoy the ride.

Kentavious Caldwell-Pope Is In His Bag
Magic vs. Steph: The All-Time PG Debate