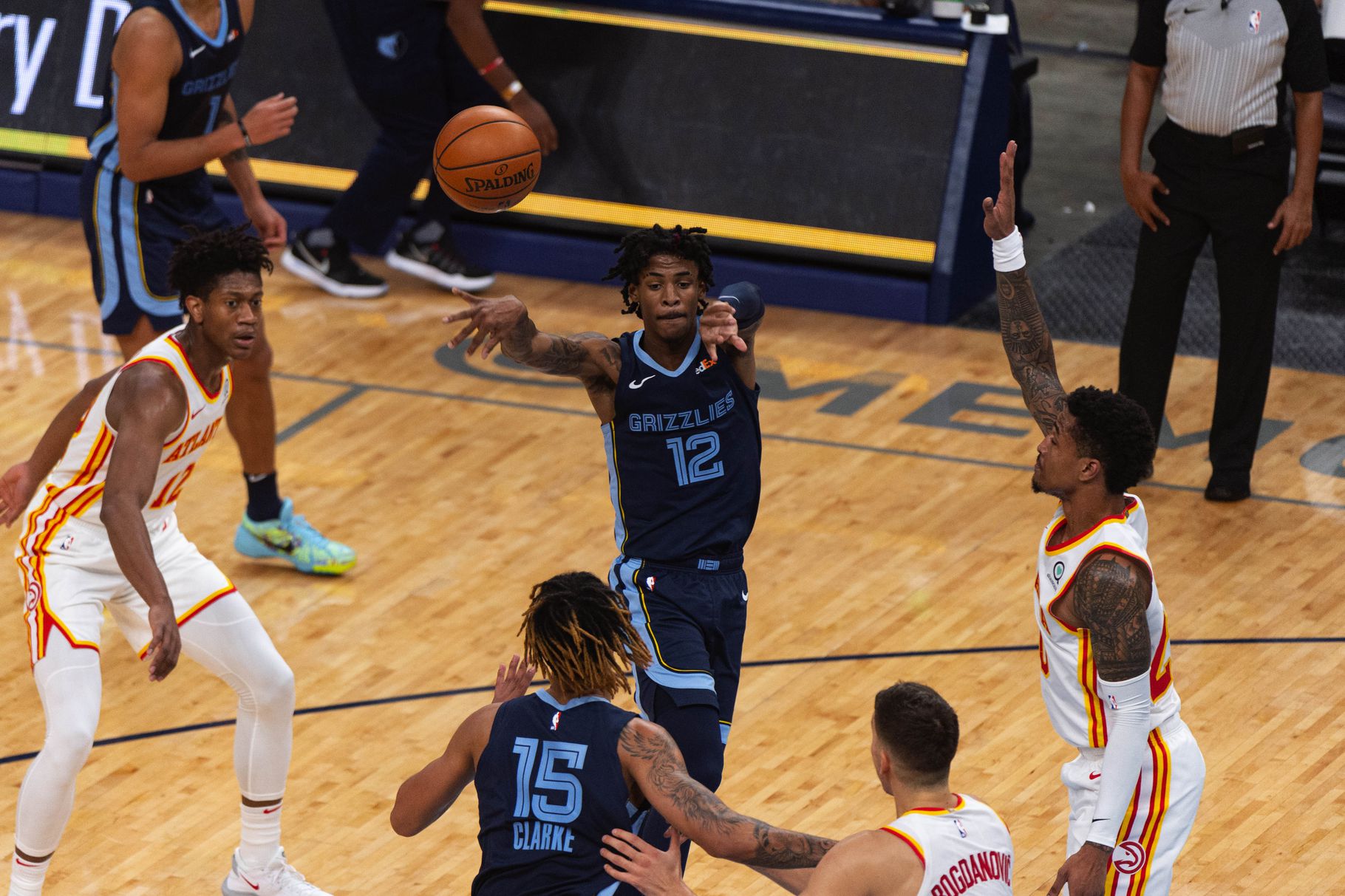 After splitting two preseason games with the Atlanta Hawks, one had to imagine that the Memphis Grizzlies were eagerly anticipating their rubber match. As of Saturday morning, however, they were presented with a much more pressing concern: seemingly out of nowhere, De’Anthony Melton was ruled out of the contest due to ‘health and safety protocols’. Though Taylor Jenkins held a media session shortly after the news broke, he was hesitant to announce a timeline for Melt’s return or exactly which protocols were being enacted (though one would guess the absence is due to contact tracing).

Following a loss to the San Antonio Spurs in which the team was sunk by a lack of bench production, Melton’s absence may have served as a signal that something was amiss in the FedEx Forum. Indeed, the lack of bench production may have sunk the Grizzlies’ ship yet again. Of the Grizzlies starters, over half of them finished the contest with a positive +/-. Compare this to their bench unit, of which Gorgui Dieng, Brandon Clarke, and John Konchar all posted marks of -14 or poorer.

The bench’s poor performance has clearly weighed heavily on Taylor Jenkins. “[We’ve] got to inject confidence into these guys  and continue to give them a great game plan defensively and offensively”, he noted postgame. “Hopefully they’ll settle into a groove…Our bench is huge to us, those guys will turn it around soon because they’ve put in the work.”

However, the Grizzlies’ bench struggles may very well be temporary. Justise Winslow and Jaren Jackson Jr. are both set to return in the coming months–throw the two of them back into the rotation along with Melton and Memphis should be well on their way to wire-to-wire contention.

Perhaps more troubling was the team’s failure to remain composed during crunch time. Jonas Valanciunas committed two unforced turnovers in the early fourth quarter, Ja Morant was flagged with a costly technical, and Dillon Brooks fouled out for the second game in a row. The Grizzlies’ propensity to dip their hand in the cookie jar may have cost them a win. All in all, they gifted the Hawks no less than 16 free throws in the final ten minutes.

From a big picture standpoint, Saturday’s loss was not particularly meaningful for the team’s playoff chances. However, it could provide immense value down the line for Memphis. This team is far too talented to skip out on the postseasons of the near future, where careless decisions can cost a team an entire series. If the Grizzlies can expunge these mistakes from their system now, they’ll be much more likely to hang around with whatever playoff opponents they inevitably run into.

Still, the team knows that failing to execute in the early season can still prove costly. “When it comes down to a play-in game, you think about the games you dropped earlier in the season where you made some mental errors or made lazy mistakes”, said Kyle Anderson, who posted double digit rebounds for the second consecutive game. “You want to try to get these games early in the season so you don’t end up in that position”. In their upcoming game against the Brooklyn Nets, those errors and mistakes must be kept to a minimum.

Hornets Edge Nets 106-104 In Charlotte To Hand Brooklyn First Loss
Drummond’s Double-Double Plus the Backcourt Tandem of Sexton and Garland, Pace Cavs as They Win Their Third Straight Game to Start the Season