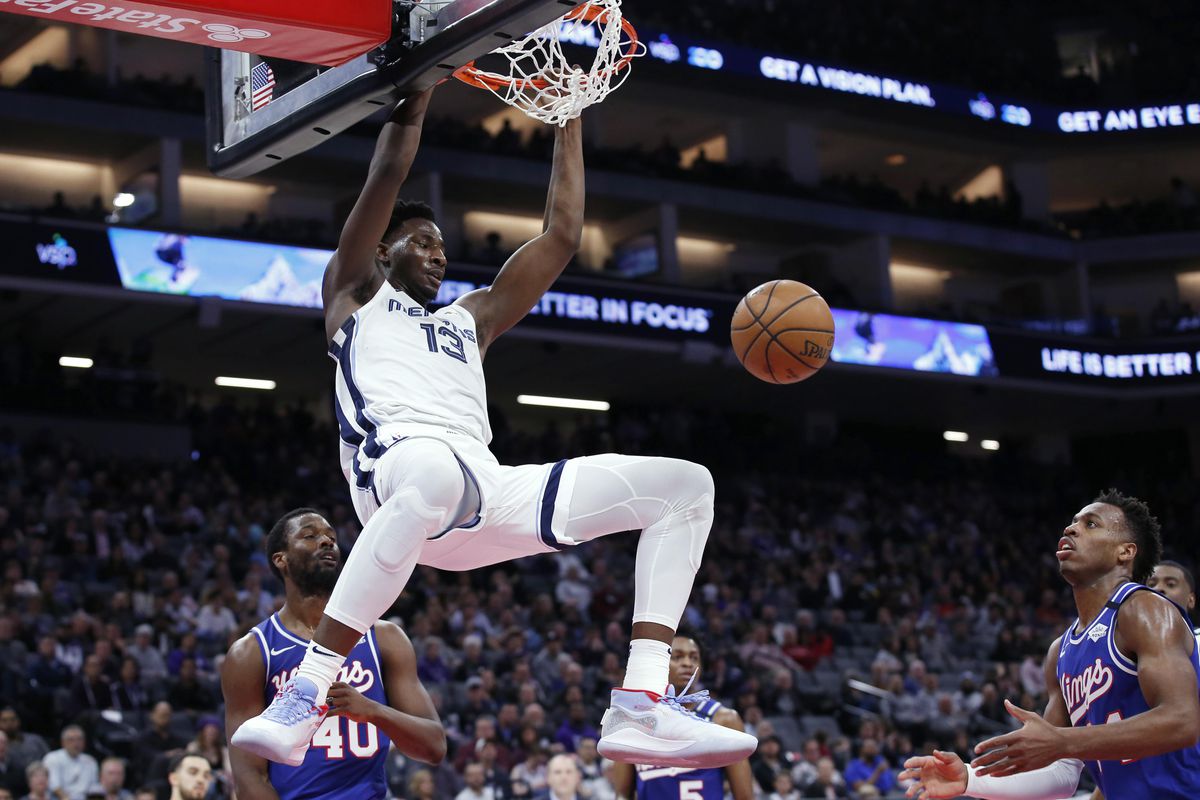 With the Memphis Grizzlies clinging on to the eighth seed in the midst of their toughest, longest road trip of the season, Jaren Jackson Jr’s return couldn’t have come at a better time. Though he’s still on a minutes restriction, it’s obvious that the resurgence of the third-year forward is the moment the franchise has been waiting for. While it’s obviously beneficial that the coaching staff can let Jackson get back to his old tricks, JJJ’s return also marks a shift from playing for survival towards playing to win. Don’t get me wrong: I’m not accusing Memphis of withholding from winning basketball. Instead, I now propose that the Grizzlies can throw all of their resources towards winning as opposed to splitting duties with developmental strategies.

To make things a little more clear, consider the trade deadline. Most teams on the playoff bubble used the frenzy of deals to acquire the final piece in their push towards win-now basketball. Think Boston picking up Evan Fournier, or Portland acquiring Norman Powell. Meanwhile, the Grizzlies stood pat as the deadline passed, merely releasing Gorgui Dieng rather than adding anyone to the roster. For the Grizzlies, Jackson was that final piece. It’s winning time now.

As such, I think it’s high time to return to the wellspring of film to examine the ways that Triple J has begun to contribute to Memphis’ success, both on and away from the court. Obviously Jackson’s shooting is his main allure to Grizzlies fans and basketball savants alike. After all,  who wouldn’t want a 6’11” forward shooting a career 38.2% from three on their roster? However, Taylor Jenkins isn’t simply using the Michigan State product as a mere floor spacer. Instead, he’s employing Jackson’s shooting threat similar to any of the league’s most feared snipers. A shot doesn’t materialize here, but look at 6’4” Grayson Allen set a pindown screen for a player more than half a foot taller than him:

Shooting aside, Jackson also gives the team a much-needed boost in big-related duties. He’s an active screener, a threat to roll and pop off of a screen, but where I saw him provide the biggest boost was in Memphis’ dribble handoff game. The Grizzlies often will have Jonas Valanciunas operate in this two-man tango with Ja Morant, but Jackson’s added lateral quickness allows the play to be more effective, especially when opposing defenses are preoccupied with his three-point shot.

Defensively, Jackson’s made a living utilizing his gumby-esque arms to cause chaos. It should be intuitive that his wingspan makes it difficult to get a shot off against him, but check out how difficult he makes passing. I did a double take when I watched this in real time, having to make sure it really was Jackson who got in the way of this potential dime.

Jackson’s lateral quickness also translates to switchability–just look at how he absolutely erases this attempt from Norman Powell. If Jenkins ever commits fully to a Brandon Clarke-JJJ frontcourt, I can’t think of a single team that could match the ability to switch 2 through 5.

If I’m being nitpicky, I will say that Jackson’s defense has also seen some rocky patches upon his return. While the highs are high, the lows aren’t as easy to sniff out. These often manifest in slight communication errors with his teammates, mostly in pick and roll coverage–check out the set below, where Jackson and Grayson Allen both stunt to the ball, leading to a wide open triple for Robert Covington.

Miscommunications aside, it’s clear that Jackson has been using his voice for good in the locker room. “He’s embraced the opportunity to be a leader for us,” said Jenkins pregame. “He organically does it, that’s the spirit that he has as an individual….his spirit has always remained positive and about helping the team, whether it’s through communication and talking basketball strategy or handling the grind of the season, I see him finding different avenues, different teammates that he’s been around with in my time the last two years to elevate them individually. He’s the most unselfish guy and he’s always about doing what’s best for the team and I think that leadership, the way he does it organically, is only going to grow even more in the coming years.” With a playoff battle in front of them, Jackson’s leadership may just be the extra push to get the Grizzlies across the finish line.

Hardwood Huddle: The Vince Carter Trade!
Matisse Thybulle and the Quest for All-Defense