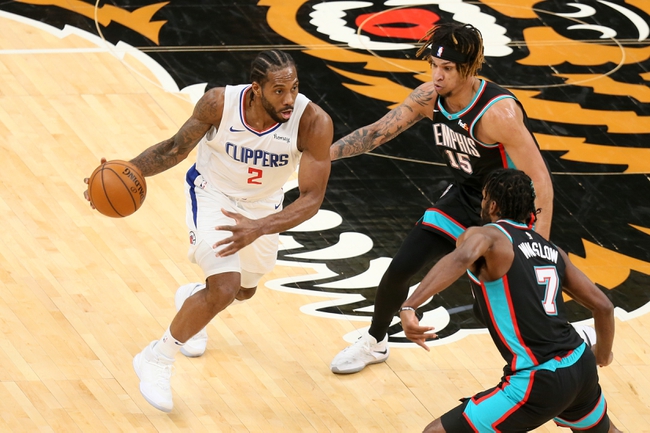 What a difference a few days off can make. After an absolute slog of a schedule, the Memphis Grizzlies looked downright lethargic as of recent–shots that fell over the team’s winning streak were clanking off the rim, Ja Morant had missed thirteen straight threes, and even the team’s free throw shooting had taken a dangerous dip (they only managed a 63.2% clip from the charity stripe during a recent loss to the Dallas Mavericks). Though the team’s defense had emerged from a mid-season slump, it was clear that the Grizzlies needed a shot in the arm if they were to have a shot at contending against the Los Angeles Clippers.

Midway through the first quarter, it seemed like Grind City was headed towards a repeat performance against Hollywood’s (admittedly second-most) prolific team. Then, as if written by Quentin Tarantino, Spike Lee, or Shakespeare himself, the Grizzlies found their spark when they needed it the most. After a rough patch shooting the ball in February, Tyus Jones decided to take matters into his own hands. Checking in to face a four point deficit, Jones hit his first five field goal attempts in an effort that put the Grizzlies back in the driver’s seat, much to the delight of the FedEx Forum’s crowd and his teammates.

“I take pride in being a leader of that second unit, so it’s our job to always hold whatever lead we got”, said Jones after Memphis’ 122-94 victory. “When you can sense the momentum changing or if there’s a possession where you know you need to get a good shot because stuff can flip quickly in this league, I take that upon my shoulders to make sure we get a good look on offense.”

Jones’ performance is a credit to his experience and sensitivity to the game’s sense of momentum. After all, it was his fiery tide that managed to lift all of Memphis boats. After shooting only 31.5% from the field in the first quarter, the Grizzlies’ starters came out firing in the next frame, only missing two shots en route to a 37 point outing in the second, thanks in no small part to the momentum created by their second unit’s leader.

Though youth can often be an achilles heel in the modern NBA, the spirit of the league’s second-youngest roster allows the team to rally around each other in sheer excitement. After checking in midway through the second quarter, there was no greater beacon of that exuberance than Ja Morant, who brought the house down by slinging a no-look lob to Brandon Clarke and later made an apostrophe to the heavens after cashing in on his first three in 17 attempts. “I feel like our energy was there”, reflected Morant on the team’s efforts. “We were flying around the court, getting stops, going after loose balls, rebounding the ball, just showing our fight out there. When we do that, we’re a really good team”.

It’s clear that the sense of team-wide confidence inspired the Grizzlies to a higher level of play. Getting back in touch with the Grint and Grind teams of yore, Memphis won the battle in the paint by a whopping 48 points, coerced the Clippers into coughing up fourteen turnovers, and held one of the league’s most efficient offenses to 20 points below their season average. Credit the trio of Dillon Brooks, Kyle Anderson, and Justise Winslow for their incredible perimeter defense on Kawhi Leonard and Paul George, holding the pair of All-Stars to just 34.6% from the field.

Small tangent: if the trio keeps defending at such a high level on the perimeter, they’re quickly going to enter nickname-deserving territory. Given Brooks’ noted appreciation of the Lord of the Rings trilogy, I nominate ‘the Fellowship’ as a working title.

Winslow especially looked promising in his minutes off the bench. In what was undoubtedly his best performance as a member of the Grizzlies, the Duke product flashed a variety of complex finishes at the rim while throwing Leonard off his game, even brutally ripping the ball away from the two-time Finals MVP at one point. “I’m finding those game legs”, Winslow remarked when asked about his comfort level. “I’ve been waiting a while to be a part of the fun on the court…it was a great energy that we had out there from start to finish”.

After a series of losses and subpar performances, it’s exciting to see the Grizzlies get back to playing fun again. With Winslow and Brooks back in the fold, the team gets to sport a newfound depth, which leads to a chain reaction of momentum. More players in the rotation means an even distribution of minutes, reduced fatigue wipes away the need to conserve energy, allowing hustle plays to beget more hustle plays and flashy offense. Chemistry is a fickle beast in the NBA, but through their swagger, the Grizzlies seem to have it figured out.

Given the trials and tribulations of their second-half schedule, their sense of fun might be exactly the secret weapon the team needs for a successful push towards a playoff berth.