Grizzlies Leverage Time Off Into Victory in San Antonio 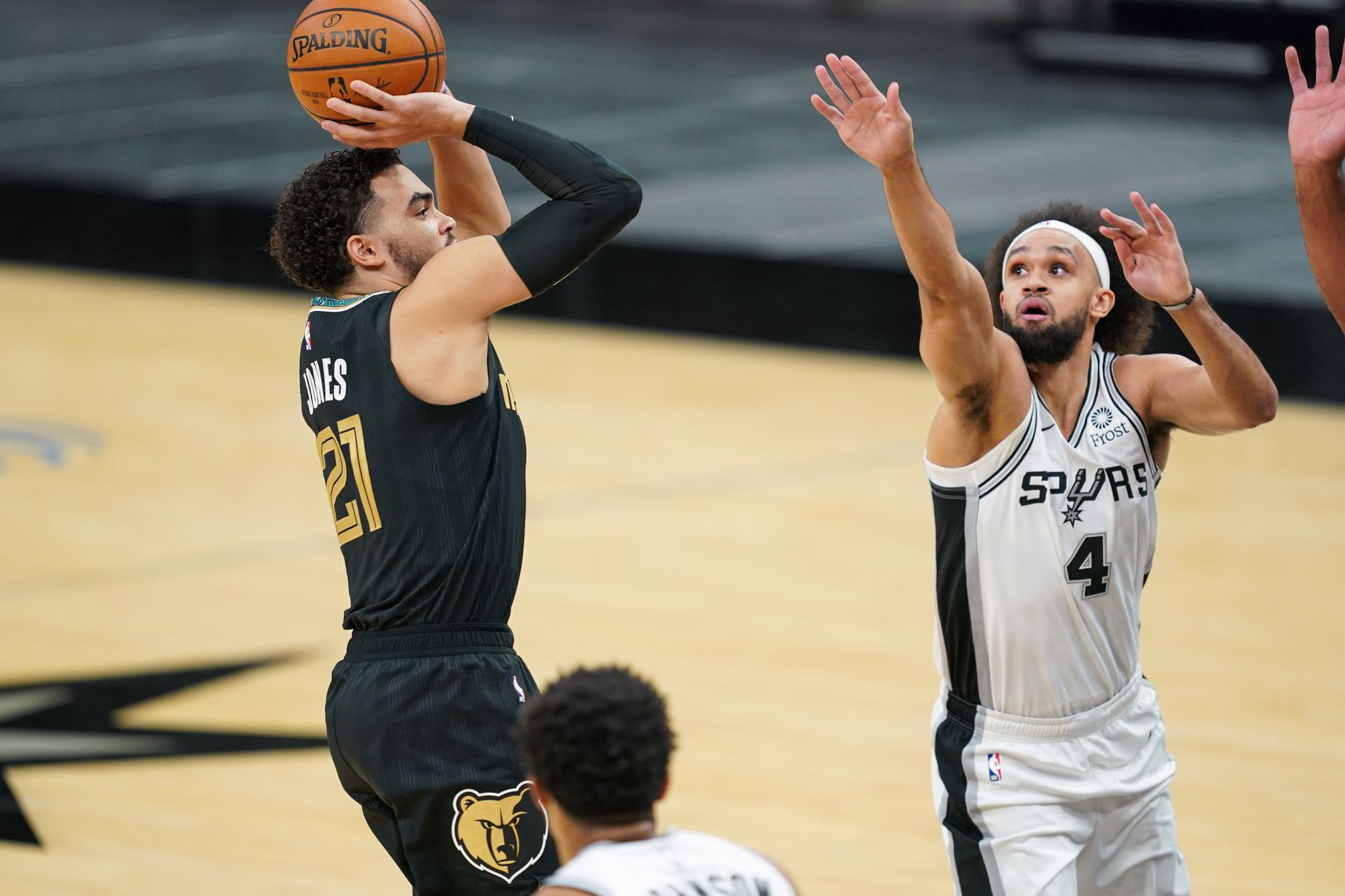 After missing two weeks of basketball due to mass cancellations, one might have expected the Memphis Grizzlies to sputter out of the gates. After all, time off is almost never a positive for NBA teams. At the inception of the regular season,, play resumes sloppier and more disorganized than ever before. When teams get back from the All-Star break, it often takes even the most experienced players a few days to get over the hangover from the flashing lights. This effect has grown even stronger in the middle of the pandemic, where a stretch of postponements can be outright disastrous for a team’s momentum.

Take the Phoenix Suns as an example. After a stretch of three cancelled games, they dropped four of their next five contests. Or consider the Washington Wizards, who had six straight games pushed back, and lost their next five matchups once they were cleared to return. Even the mighty Boston Celtics couldn’t win more than two games in their first stretch after returning from three games worth of postponements. Given that the Grizzlies’s season was put on hold for twelve days, one had reason to expect they’d have a fair amount of rust to shake off.

Surprisingly, it was instead the Grizzlies who made their opponents look rusty, wiping the floor with the San Antonio Spurs in a 129-112 rout. It’s clear that the prospect of a sixth victory in a row lit a fire under the squad.  “Big time win,” said Ja Morant after the game. “Especially coming off having to sit for 12 days, only having two days of practice before this game, for us to stay locked in, continue to do the things that were helping us win basketball games…I feel like it just shows the work of this whole organization, and that’s special.”

However, as much as the players seemed to rejoice in their first victory in nearly a fortnight, nobody could match the level of pride that Taylor Jenkins seemed to boast after the game. “I’m just really proud of the guys,” beamed Jenkins.  “I told them after the game, I’m proud of the players, I’m proud of the staff. To kind of go through what we did the last 12 days in between games, everyone stayed the course. We always preach every time we have an opportunity to work, every time we have an opportunity to compete, you go full throttle in that and that’s what these guys have done over these 12 days”. A proud papa indeed.

Though I’ve already covered the ways that Memphis was able to creatively coach, train, and work during their time away from NBA basketball, Grizzlies fans were yet to see the ways that their team could parlay innovation into tangible improvements. Fortunately, Saturday’s game provided a myriad of tangible upgrades for Memphians to embrace. Most noteworthy was De’Anthony Melton’s transformation from Mr. Do-Something to Mr. Do-Everything. After receiving a DNP in Memphis’ last game, Melton came off the bench to produce a team-high 20 points, coupling his efforts with five boards and a pair of assists and blocks.

If you thought the Tony Allen disciple wouldn’t use the benching as motivation to fuel a comeback, you clearly haven’t been looking hard enough. “I just kept reppin’ this last week and a half,” commented Melton. “Just getting a feel for my game, and slowing myself down and understanding where I can be effective and how can I eliminate some of the bad areas in my game. I’ve been able to critique myself and see how the defense is playing me and how the defense is playing our team.”

Additionally, the Grizzlies were able to parlay their time off into an investment in their health. Though their injury list still reads like a Tolstoy novel, it’s clear that the individualized care the staff was able to bestow on the roster has served as a much needed pit stop. Morant claimed after a recent game with the Philadelphia 76ers that his ankle still wasn’t at 100%. After two weeks to continue to rehab and recuperate, 12 looked as springy as ever against San Antonio, grinding his way to a 19 point double-double despite a rough night from beyond the arc. Given that the Grizzlies’ schedule is jam-packed during the month of February, the extra recovery days could potentially afford Memphis a few extra wins down the line, especially if they allow Justise Winslow or Jaren Jackson Jr. to return earlier than anticipated.

Most importantly in San Antonio, however, was the Grizzlies’ usage of the break in play to shore up their depth. Memphis had already formed their identity around strength in numbers in the early season, but missing Jonas Valanciunas against one of the league’s strongest teams on the boards demanded a special type of across-the-boards effort (pun very much intended). Ever the can-doers, the Grizzlies took this challenge head-on. Six players grabbed five or more rebounds over the course of the game, including John Konchar, who led the team with seven boards despite his 6’5” frame.

“We missed JV big time, obviously he’s one of the best rebounders in the league,” said Jenkins. “We just continue to emphasize that we gotta have multiple guys, like we always talk about, getting hits. If it’s the small, the big, getting two or three guys to get the hit and someone to come in and crash. I thought in the fourth quarter we came up with some big rebounds after getting burned a few times….it’s just a credit to these guys to figure out when we got hurt, how we got to be better and then they got that done.”

After facing one of the toughest obstacles of a COVID-stricken season, it’s clear that the Grizzlies aren’t just riding high–they’re showing unparalleled maturity and resilience. “No matter what’s out there, we’re just going to continue to fight,” said Melton, summarizing the situation better than any journalist could. “That’s what the Grizzlies represent: Grit and Grind.” Toughness seems to be in the water in Grind City, and with the Grizzlies’ most difficult days behind them, it’s looking more and more likely that Memphis will become a force to be reckoned with when the postseason rolls around.