Grizzlies Retool for a Postseason Push in Houston 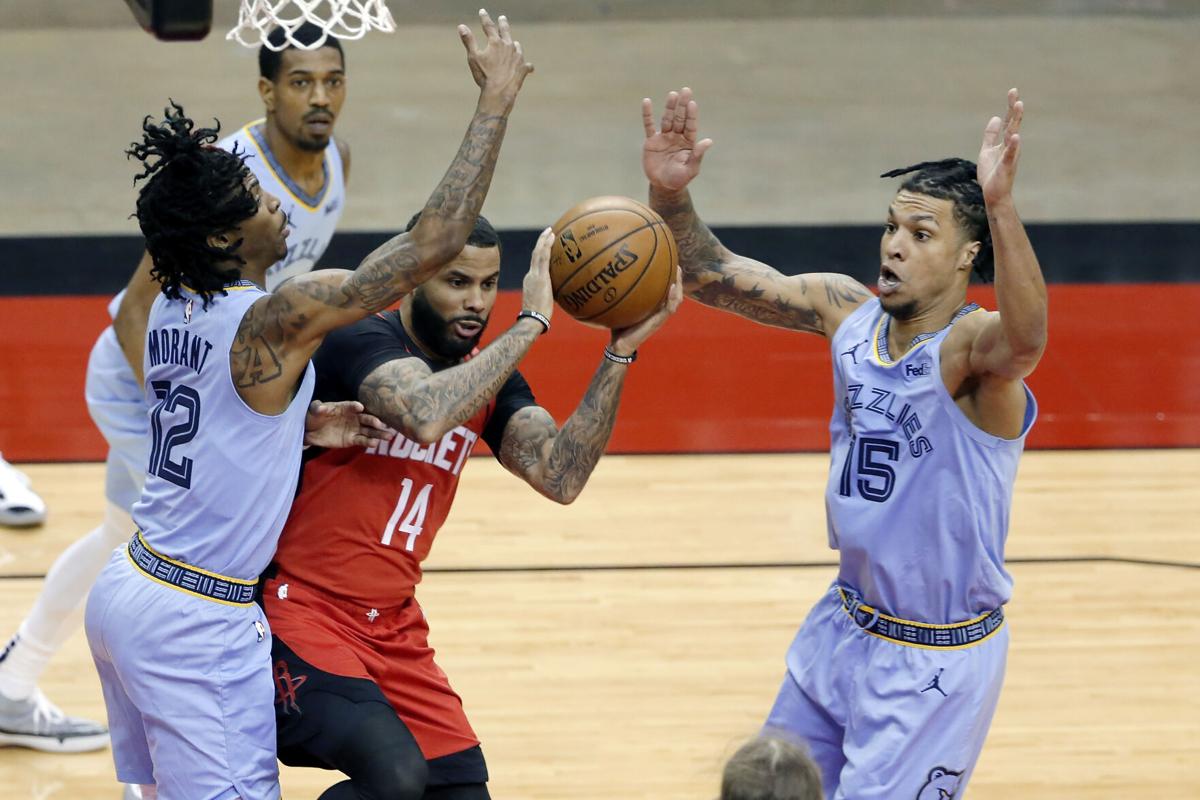 After a pair of consecutive losses to the Utah Jazz, the Memphis Grizzlies needed to right the ship. Though the team’s outings didn’t lack a sense of fighting spirit, their ability to execute simply wasn’t at the level needed to topple one of the West’s top teams, surrendering a combined 77 points in the series’ first quarters. With today’s final matchup with Utah looming, Monday’s game against the Houston Rockets represented a chance for Taylor Jenkins and company to patch things up before plunging back into the challenge of the Jazz. While the Grizzlies’ 120-110 victory may not have been everything the team wanted, there’s still plenty to be optimistic about heading into the final bout with Utah. Let’s take a look at how Memphis upped their game in the Toyota Center, and how that should translate to one of their most important matchups of the season tonight.

From the jump, it was visible that Desmond Bane and De’Anthony Melton were playing with fire against Houston, driving with purpose, playing with aggression, and shining during a rare stretch of extended minutes for both of them. The scarcity of minutes isn’t an exaggeration, by the way: Monday’s game was one of four times Bane logged over 28 minutes this season, whereas Melton had only done that one on other occasion. With Justise Winslow out of the rotation (later to be joined by Grayson Allen), the duo approached this game as locked in as ever.

Don’t just take it from me though, as that scoop came straight from the horse’s mouth. “My dog Des, he called it before [the game],” said Melton in postgame availability.  “He said once we found out Justise was out [that] it’s gonna be a big night for us, just believe it. And that’s what happened: we came out there to be aggressive, playing our game and it was a huge night for both of us. We’re always ready for the challenge, and whenever our name is called we’re gonna show up no matter what.”

Given that the two of them combined for 50 points, I’d say Bane’s prediction was downright nostradamic. However, for two of the team’s best shooters, they didn’t lose sight of other facets of the game either. Melton especially did a commendable job on the boards, leveraging offensive rebounds into free throws when the team’s offense threatened to stagnate, but it was a fruitful outing for Bane as well. The matchup in the Toyota Center was one of four times this season where the rookie recorded both a block and a steal. Pair that with four boards and three assists, and you have yourself a performance that goes a long way to earning one’s spot in the starting lineup.

After giving up an inundation of fourth quarter points to the Utah Jazz, defense in the clutch was an instant need for improvement for the Grizzlies. Fortunately, Memphis was able to shed their recent woes, allowing only 19 fourth quarter points to a blazing-hot Rockets offense. “Down the stretch I thought our one-on-one defense was solid, they put a lot of pressure on you to attack downhill,” said Taylor Jenkins after the matchup. “We did a great job rotating, really making them take contested shots and we were able to secure the rebounds and close out a nice win here on the road.”

It seems as if the Utah matchup was very much on the team’s mind, as not only is fourth quarter defense a key tenet to Memphis’ attack (the Jazz score the second-most fourth quarter points in the league), they were straight up executing coverages that are designed to counter some of the Jazz’s most effective sets.

This isn’t an episode of Film Study, but I can’t resist sliding this one GIF into the article for reference. Watch how the Grizzlies slide four bodies into the paint whenever Houston attempts to drive, analogous to sealing off the threat posed by Donovan Mitchell and Rudy Gobert as interior finishers. However, Bane, Ja Morant, and Dillon Brooks all do an admirable job stunting out to cover any potential corner threes, which the Jazz repeatedly drilled in the last few games. This, folks, is chef’s-kiss worthy:

The final adjustment that Memphis shifted to against the Rockets was a move away from major Kyle Anderson minutes. Some of the underpinnings behind this are out of Slow Mo’s control– Grizzlies’ Executive Vice President of Basketball Operations Zach Kleiman stated that Jaren Jackson Jr. would return to play by the end of April, so it makes sense to start pairing Anderson with bench players as his window of opportunities in the starting lineup begins to close.

However, some of the limits on Anderson’s playing time can’t be chalked up to circumstance. After all, the seventh-year power forward only logged 23 minutes on Monday despite his main backup (Justise Winslow) missing from the rotation. A large factor into that decision has to be his lack of shooting. Though Anderson began the season at a career-high clip from downtown, his numbers have careened recently, as the UCLA grad is only shooting 28.7% from deep in the last fifteen games. Though slumps like that are to be expected, it’s a major impediment to the Memphis offense. With Anderson’s return to questionable shooting, this means that the Grizzlies are only wheeling out one capable sniper in their entire starting five, collapsing their spacing and making scoring a downright arduous task.

Unfortunately for Andreson, the +/- numbers don’t exactly swing his way either. Over the last fifteen games, his play hasn’t correlated much to winning, as he’s finished a total of -33 throughout those matchups despite averaging two combined blocks and steals per game. For some context, Morant has finished +53 over that stretch, and Brooks finished a whopping +85. The Grizzlies are playing winning basketball, just not with Anderson on the court.

With those improvements in mind, look for the Grizzlies to shoot for a low scoring contest with the Jazz tonight, leveraging Clarke’s size and Melton’s hustle to eek out the requisite advantage needed to pick up a win. Given that Utah is the Grizzlies’ most probable first round opponent, a victory tonight could go a long way towards ensuring playoff success for a Grizzlies team eager to earn their stripes.