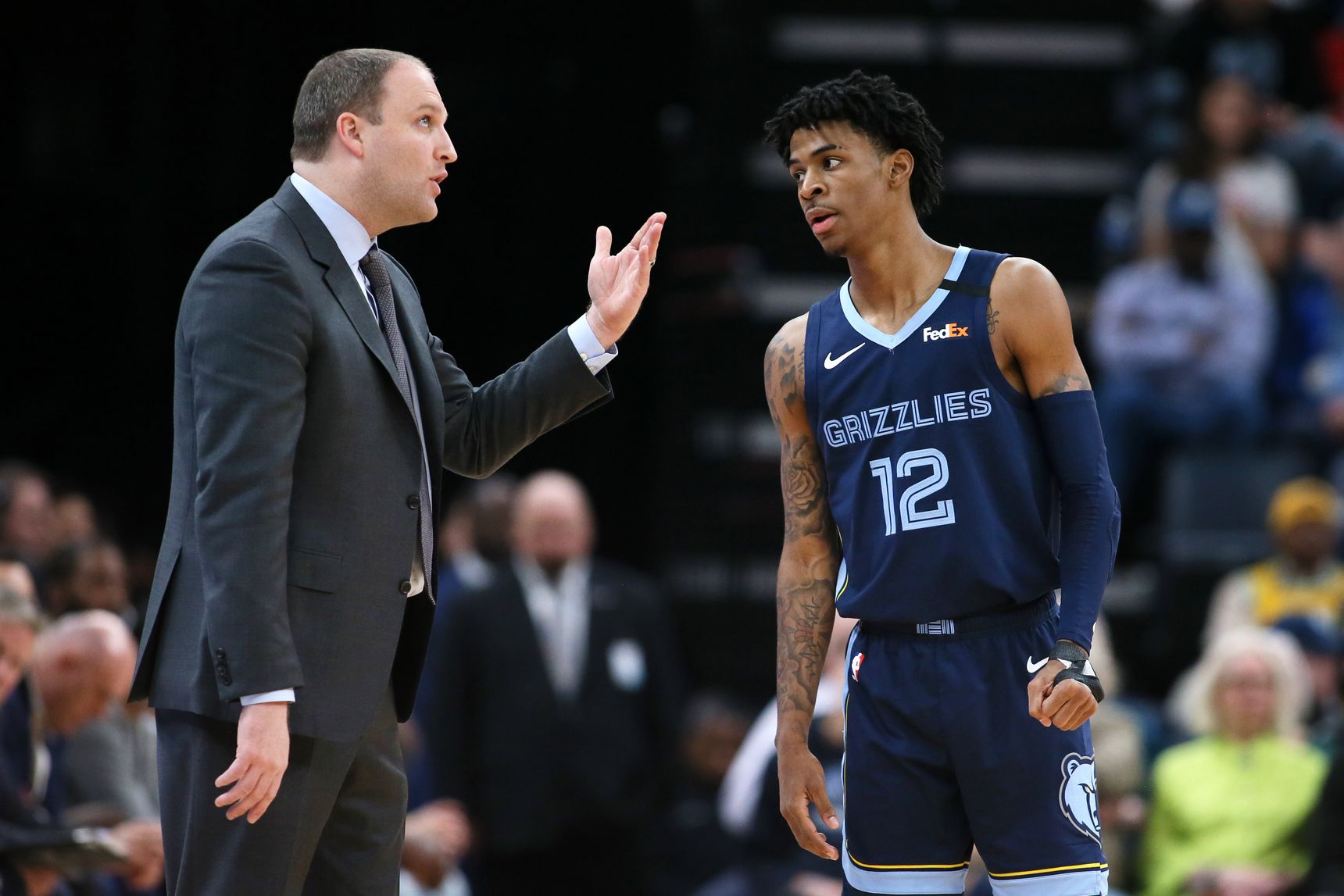 Though the Memphis Grizzlies recently dropped their final preseason game to the Atlanta Hawks, you probably wouldn’t be able to tell by listening to their comments after the game. There’s no such thing as a moral victory in basketball, but for Memphis, this game may have been the closest thing possible. Conceding a 117-116 loss to Atlanta, each of the Grizzlies’ starters finished with a positive +/-. As a whole, the team shot 40% from distance, and they even possessed a ten point lead at the end of three quarters, only losing their grip after yanking all members of the starting lineup.

Coach Taylor Jenkins is especially pleased with the team’s ever-increasing chemistry. “These guys have learned a lot from their first years together”, he noted. To be frank, that rapport could be picked up by any observer who’s listened to the Grizzlies discuss their teammates even once. The young guns don’t hesitate to dole out praise to each other–after Saturday’s game alone, Brandon Clarke praised Ja Morant’s leadership efforts, Morant praised the defensive efforts of Dillon Brooks and De’Anthony Melton, and Brooks even went out of his way to commend Jenkins’ coaching style.

Adding to the motivation of the impending season, it’s clear that Grayson Allen’s tussle with Trae Young lit a fire under the squad. “We don’t let a brother hang out there by himself”, Brooks commented. “We got a competitive group that loves to play with each other, that’s a dangerous combination”. The former Oregon Duck also noted his increased efforts to be a mentor in the clubhouse. He’s even gone so far as to dive into his pocketbook to cover Desmond Bane’s first haircut after the rookie forgot to get his trim on for media day.

Though the clubhouse was feeling chipper postgame, it wasn’t all sunshine and rainbows. To some degree, a loss is a loss after all. This one must particularly sting due to a demon that’s seemed to haunt the Grizzlies the entire preseason: turnovers. Memphis coughed up the ball 21 times last night, the second time they’ve hit that mark in four games. Having played two of the league’s youngest teams in the early going, one has to worry that more experienced squads could carve out a path to victory by taking advantage of the Grizz’s propensity to cough up the ball.

Though Wednesday’s game against the veteran San Antonio Spurs should be a worthy litmus test, the January back-to-back against the Los Angeles Lakers (last year’s third best defense) should give Grizzlies fans a fairly definitive answer as to whether turnovers will serve as the team’s achilles heel. If not, Jenkins’ core values–length, versatility, and athleticism–should make this team a serious playoff threat in a stacked Western Conference.