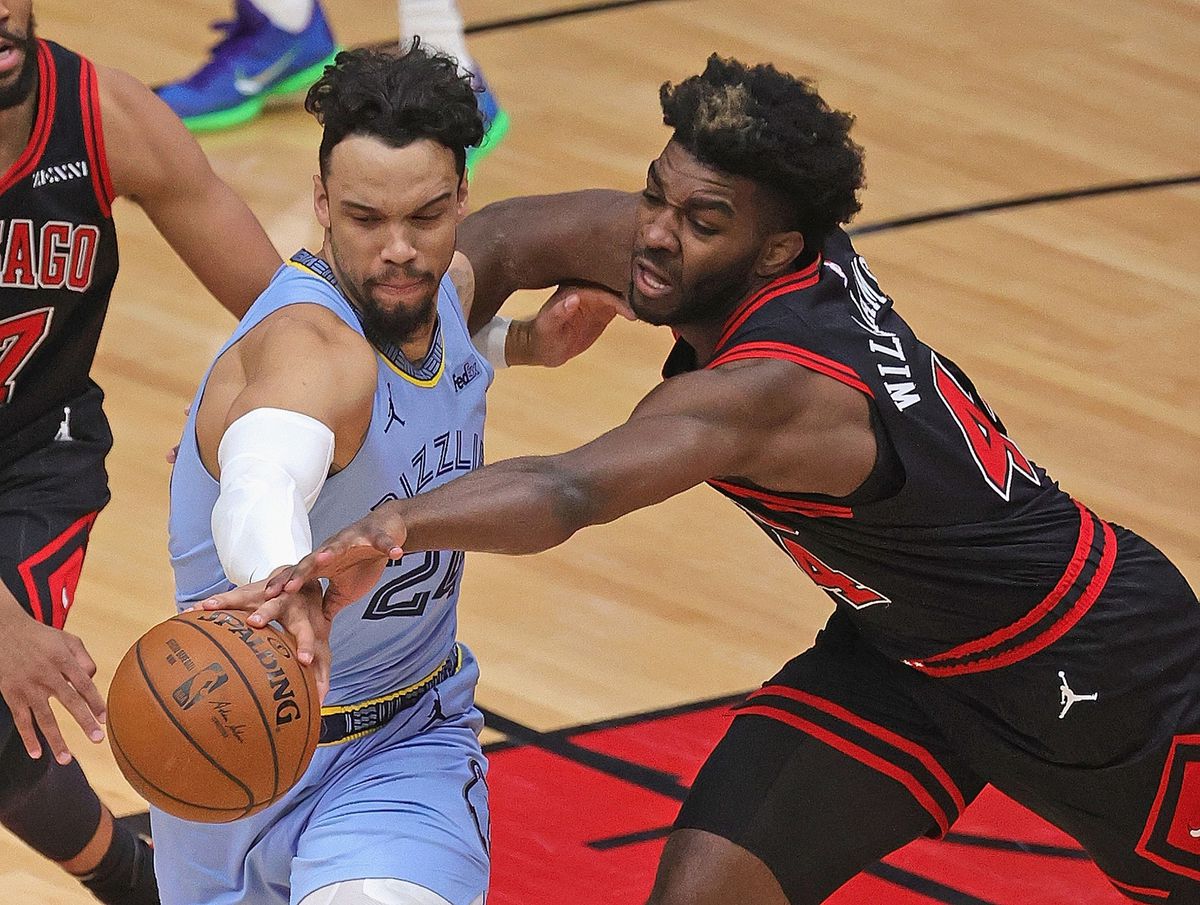 Things were looking a little shaky for the Memphis Grizzlies for a second, no? A crunch-time collapse to the New York Knicks, a sloppy drubbing at the hands of the Indiana Pacers, and a Dallas Mavericks miracle at the buzzer all threatened to coat the team with a sense of malaise. After all, after a series of some of the team’s worst losses of the season, it would be foreseeable that a team with the league’s second youngest roster would struggle to respond.

Instead, despite an inability to shoot out of the gates, the Grizzlies thoroughly dissected the Chicago Bulls in a 126-115 victory. It was truly a night to remember in the Windy City. Dillon Brooks dropped 32 points (just four away from a career-high), Xavier Tillman played arguably his best game of the season, and Killian Tillie posted career highs in virtually every category of the stat sheet. Brooks even busted out a pair of “millionaire sunglasses” in the course of celebrating the win.

So, what gives? How was a team that’s still in its infancy able to turn things around as quickly and as well as the Grizzlies did, even in the face of major injuries? It all begins with the team’s habits. Taylor Jenkins will readily tell you that the team takes things one game at a time, and though that can frustrate some observers desiring a window into his playoff outlook (couldn’t be me), it’s clear that the mentality has allowed Memphis to flourish. I asked Jenkins about the benefits of staying present, and what stood out to me the most was his take on his opponents.  “Our opponent is ourselves,” he said, reflecting Jenkins’ priority to improve as a team rather than prepare for each matchup.

Naturally, this mentality leads to an unparalleled consistency. The Grizzlies are fantastic at taking care of winnable games, punching a solid 13-7 record against teams under .500. However, one can go beyond their record to see just how consistent certain elements of the team’s play comprise their consistency. Take assists as an example. Over the team’s last eight games, the Grizzlies posted three in a row with 30 dimes, one game with 33, three straight 27 assist performances, and one more 33 assist performance to boot against Chicago. This consistency obviously transcends assists–in 15 of the team’s last 18 games they’ve racked up 45 or more rebounds–but I don’t think I could find any numbers that demonstrate that concept better.

Moreover, the team’s continued to rely on their veterans to lay down the law and enforce that consistency. I asked Desmond Bane if he planned to lean on the more experienced players in order to help move on from the loss to Dallas. “No question,” he responded. “A lot of these guys have been around for a long time and played a lot of games. Just talking to them and asking them questions and bouncing things off of them has been huge for me throughout this whole journey but especially tonight. It’s my first game ending like this…just asking questions about things like that has really been beneficial for me to learn how to win close games in the NBA.”

That said, the locker room vets aren’t just making their influence felt by dispensing advice. On the court, Jenkins has begun to lean on his more experienced players, tweaking his rotations against Chicago to ensure that one of Ja Morant or Jonas Valanciunas was on the floor at nearly all times. Meanwhile, Dillon Brooks has taken it upon himself to ensure that his younger teammates’ intensity picks up as the Grizzlies barrel towards the playoffs. Guarding Coby White in a one-man full-court press, I was curious if he believed his effort would have a trickle down effect on his teammates. “It does,” said Brooks. “It shows that I’m ready to play, I try to give energy however I can…to get my teammates going, create more possessions, try to build more energy.”

All in all, these habits are going to prove downright crucial over the next six games of the road trip. Going off of records, Memphis’ worst opponent comes in the form of the Portland Trail Blazers…who stand at 32-23. Yikes. However, if there’s ever a proving ground for the team’s habits, the upcoming stretch is exactly what it would look like. With their blend of strong, consistent play, it’s time to see what the Grizzlies are made of.