Grizzlies Use Road Trip To Get Playoff-Ready 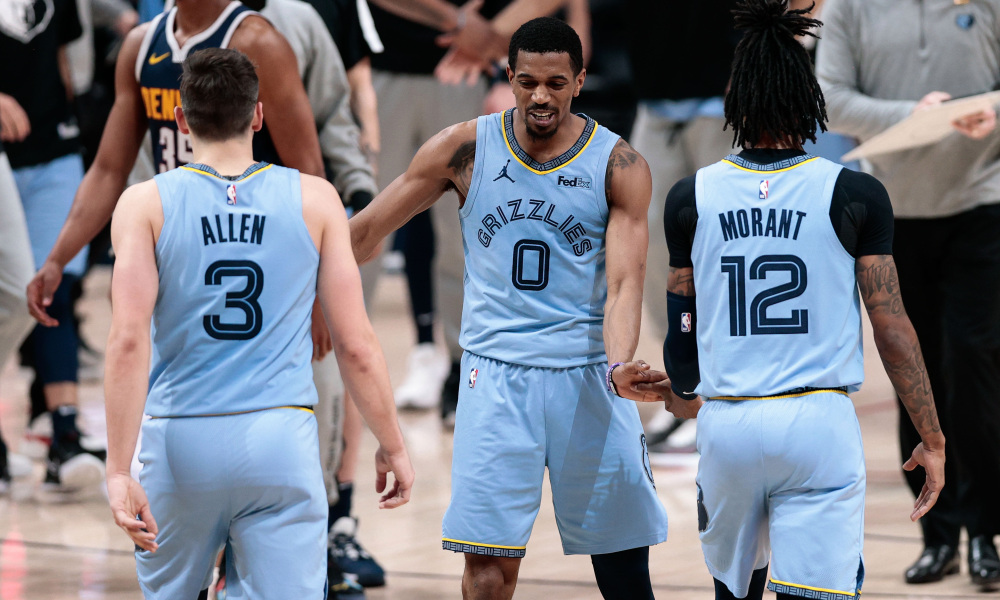 Picture this—you’ve just spent the last month working on a very large, important project. Like many other tasks, this one is certainly effortful, but it’s particularly exhausting for a few reasons. You’ve been forced to traverse multiple time zones over the course of your work, discombobulating you nearly every other day as chip away at your ultimate goal, but this project also comes with a great degree of stress, as it may just determine the standing of your future. You grind, work as hard as possible, and turn it in. It’s not without it’s faults, but on the whole you’ve done as good a job as could be expected. As you wake up the next morning, you wake up and a realization hits you. “Oh my god. What on earth do I do now?”

In a sense, that’s where the Memphis Grizzlies find themselves now. Having just completed the most arduous road trip in franchise history, the rest of the season’s schedule seems a tad anticlimactic. After just playing six consecutive games against opponents above .500, the well of postseason-level competition is about to run dry in Grind City. Of the team’s next twelve games, only four of them come against teams with playoff chances. Given that the team is juust past their measuring stick of a road trip, let’s take stock of their ability to compete on basketball’s biggest stage—a state of the Playoff Union, if you will.

Most importantly, if you want to enjoy postseason success, you have to enjoy playing postseason-style basketball, which the Grizz are already doing. “This time of year, even though the playoffs haven’t officially started, it is playoff intensity,” said coach Taylor Jenkins. “Everyone in this league has something to play for at this time of year, everyone’s trying to find their best basketball heading towards the end of the season…that intensity you feel, it’s only going to fuel you to continue to remain focused, continue to remain disciplined, playing the right way. That’s what we talk about, this is only great growth opportunities for our guys, and you’re obviously going to expect more of this down the stretch here.”

As Jenkins clarified, it’s clear that the Grizzlies have postseason mentality in spades. The team’s rookies are mature (seriously, both Desmond Bane and Xavier Tillman are older than Jaren Jackson), Ja Morant is infamously devoid of fear, and Dillon Brooks’ new ‘don’t poke the Duck’ gimmick routinely throws opponents off balance. Tapping into this well has translated into wins, as well–both in their last few crunch time games and in the locker room. With some veterans active on the squad that weren’t in tow last year, Memphis’ maturation is only going to accelerate.

To that end, it seems like recent newbies like Tim Frazier and Justise Winslow have acted as two of the roster’s playoff sages. I asked Winslow what advice he was giving to younger players as the team’s matchups grew more physical and intense. “Just the importance of every possession,” he responded. “I’ve been to the postseason, I know what it takes to win those tight games, and it’s not always those final two possessions. It’s easy to point your finger to those but there’s a lot of plays in between. So [I’m] just telling guys the importance of each possession, attention to details because it could be a two [or] three minute stretch in the third quarter that can lose you a playoff game.”

Of course, in terms of on-court strengths, it’s clear that this Memphis team is built for postseason play. I need not beguile you with the praises of their hustle stats, defense, and rebounding—I’ve both written about those before and a cursory glance at league rankings will tell you all you need to know. Instead, allow me to attempt to impart on you how hungry this team is. They’re consistently striving to improve, diving for loose balls, and almost never take a game off (evidenced by their stellar record against teams with a worse record). Against a team like the Los Angeles Clippers that drifts in and out of trying, that makes the Grizzlies nothing short of volatile.

That said, the one hole in Memphis’ playoff-ready status is their play down the stretch. Their fourth quarter execution has been inconsistent at best, and uninitiated viewers may question whether anyone on the roster can reliably notch a bucket when the going gets tough. However, the Grizzlies have at least been improving both of these supposed weaknesses. Again, they’ve won each of their last two crunch time contests, and both Morant and Jonas Valanciunas have been shooting over 50% during the clutch over their last ten games.

As demonstrated above, it’s clear that Jenkins and company are taking advantage of whatever opportunities they can in order to ensure their growth. Facing the same team in consecutive games? Jenkins stressed that they can develop playoff prep mentality in their adjustments. Roster saddled with injuries? Memphis used that to get players comfortable in a variety of roles. Dillon Brooks goes off against Philadelphia? Deny him a cheesesteak to keep him hungry.

With such ingenuity on their side, I’m sure that come playoff time, the Grizzlies will have used the season’s gentle conclusion to the best of their abilities.