Growth a Major Factor for the Memphis Grizzlies 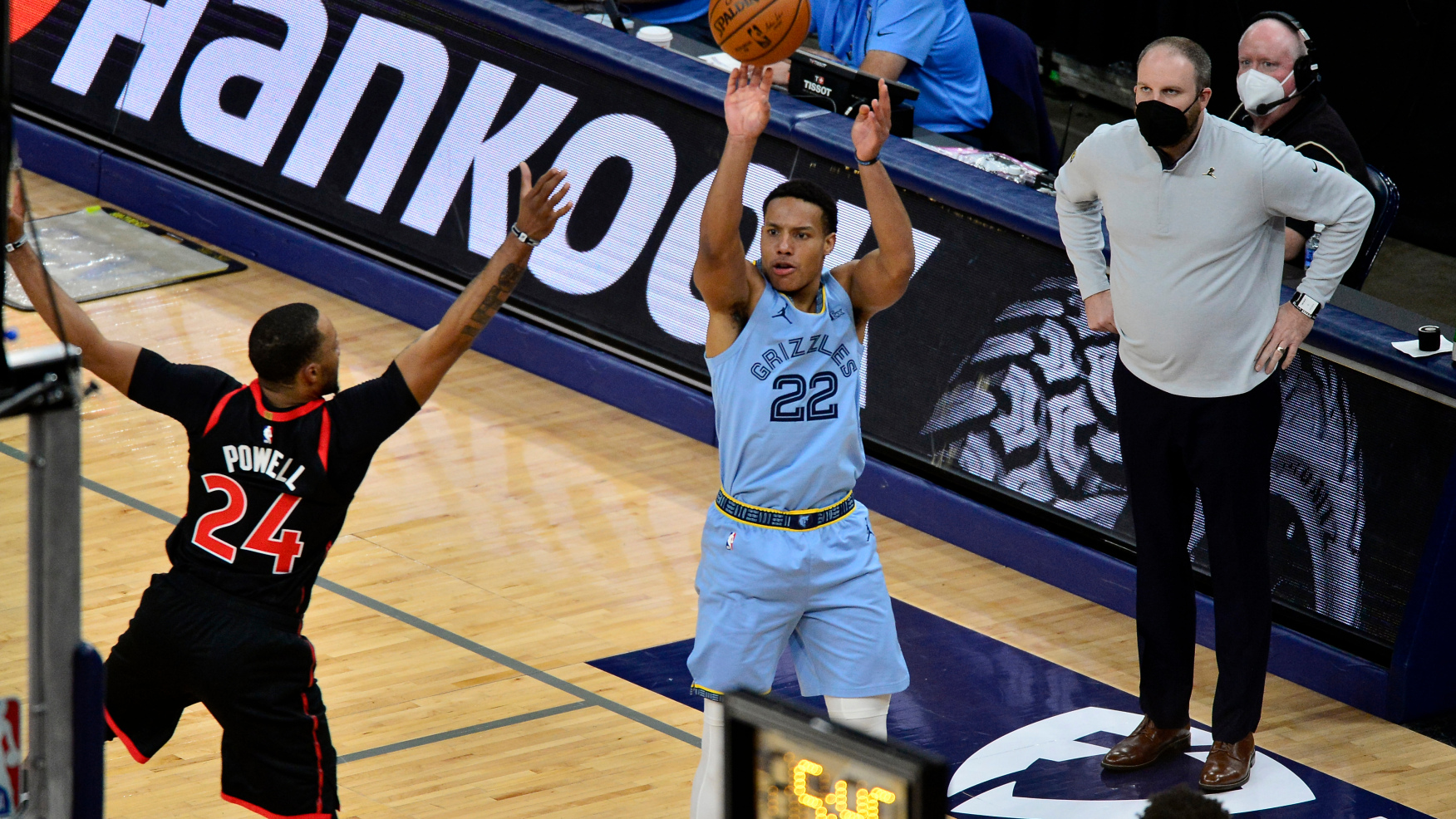 In one of the more complex NBA seasons in recent memory, the Memphis Grizzlies find themselves staring down an ever-expanding set of dichotomies. The team is eighth in the league in pace, but still has a hefty rotation of bigs (which will only increase once Jaren Jackson Jr. returns to full health). Memphis is shifting more and more towards modern hoops trends like small ball, but shoots the second-lowest amount of triples per game. And of course, the squad boasts the second-youngest roster in the league, but seems firmly on track to push towards the postseason. This final dichotomy brings up a bit of a coaching dilemma: does one focus on the team’s long-term development, or prioritize the immediate goal of making the playoffs at whatever cost necessary?

Fortunately, Taylor Jenkins and the rest of the Grizzlies’ coaching staff have done an admirable job of shooting the gap between those two options. While some of the squad’s young guns have fallen out of the rotation as of late (Xavier Tillman and Killian Tillie come to mind), it’s clear as day that the team has managed to balance the two approaches. We’ve seen the emergence of young players like Desmond Bane and De’Anthony Melton, but it hasn’t cost Memphis any ground in the postseason race–in fact, the Grizzlies are on track to make their second consecutive play-in game.

If that general recap wasn’t compelling enough to sell you on Jenkins’ approach, I can’t think of a better example of the team’s learning curve than Memphis’ recent faceoff with the Boston Celtics. From a team-wide perspective, the Grizzlies entered the matchup on a ball-movement rut, averaging just 22.6 assists per game over their last five contests. Taking on Beantown, Memphis was able to post a season-high 38 dimes on behalf of a team-wide effort to get the ball moving. Though no individual finished in double-digit dimes, three Grizzlies finished with seven or more assists on the night for the first time this season.

“We keep talking about just being aggressive but still making the simple play and the simple pass and making the read earlier,” said Jenkins after the win.  “When we get that distribution up and down the roster it just shows the movement. No matter what play we’re running, no matter who’s bringing the ball up the floor or who we’re running the play for, those guys are finding the confidence to be aggressive. We talked about [that] in our film session the other day. We’re not built to run a play for you that means to go score, it’s to go make the right play….trusting that the ball movement is going to continue to come back and everyone’s going to benefit from it.”

In terms of individual growth, no one player resembles the team’s progress more than Dillon Brooks. Over the preseason, the Oregon Duck noted his goals to grow from the margins, focusing on his impact on the game outside of simply putting the ball in the hoop. After posting seven dimes, seven boards, and two steals while guarding Jaylen Brown, Brooks can rest easy knowing that he’s well on his way to checking plenty of the boxes on his wishlist.

However, even after his first career game with 7+ rebounds and assists, Brooks noted that he’s staying hungry. “I’m still going, my goals spread out to the whole season and I want to make it to the playoffs and continue there. But it’s a good step in my growth as a player and I got more to improve. I gotta be able to find more guys consistently every game, but every game is different. I’m just learning from my guards, Ja and Tyus, how they pass and how they thread the needle, Kyle as well.”

Even the rookies are getting into the action! Since the All-Star break, it seems that Desmond Bane has made it his mission to take an active role in the offense. Flashing his skills as a creator off the dribble, Bane’s started to reliably nail his floaters, and Jenkins seems keen to use him as a ball-handler around screens, either in the pick-and-roll, or simply coming off of pindowns. “There’s still a lot of room for improvement,” reflected Bane, “but I am getting more comfortable learning the actions and where to pick my spots and when to be aggressive and things like that.”

If teams like the bumbling Celtics and battered Warriors proved ideal testing grounds for Jenkins’ development/contendership middle ground, Memphis’ upcoming schedule may wipe that all away. Three of their next five contests are with the league-leading Utah Jazz –an especially important adversary given that they’re most likely to match up with the Grizzlies should they advance past the play-in round. With such an important stretch of matchups on the docket, don’t be surprised if Jenkins shortens the rotation to lean into his more experienced players. Then again, with the growth of the team’s rookies, such an opponent may just be business as usual in Grind City.