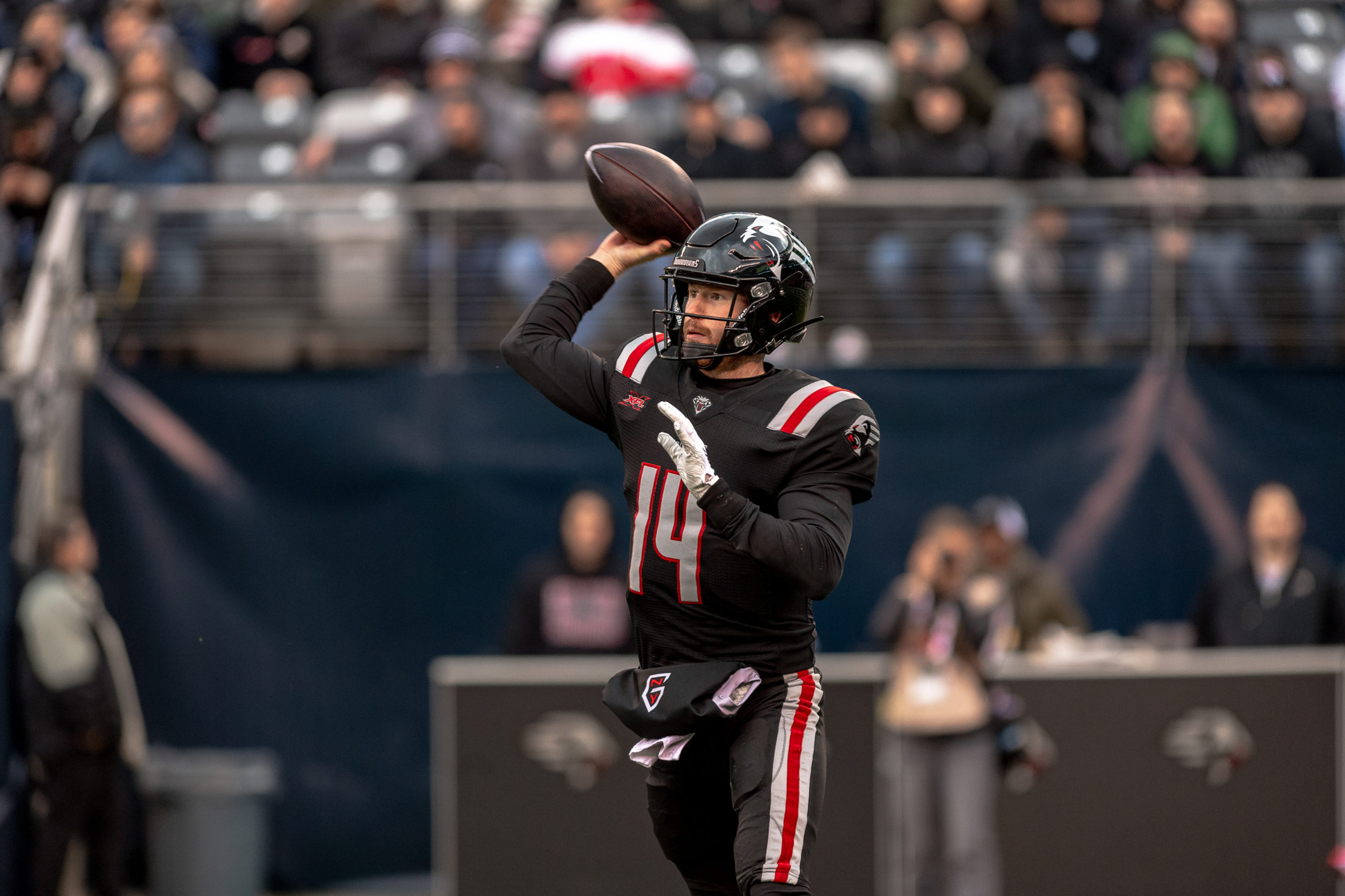 Sunday was a very big day at Metlife Stadium.

No, there was no post season football game for the Giants or Jets. There was no Rolling Stones concert or any concert for that matter.

The XFL returned to he scene and Metlife is home for the New York Guardians. The league came on the scene for a season back in 2001 then folded for multiple reasons but returned this past weekend.

New York defeated the Tampa Bay Vipers 23-3 in front of 17,000 fans in what was the most lopsided win of the leagues opening weekend.

The Guardians are coached by former New York Giants Offensive Corridinator Kevin Gilbride who of course has known about winning his whole career working under the great Tom Coughlin.

Gilbride was very proud of the team’s effort on Sunday as he discussed with the media after the game (Back Sports Page will have the full post game press conference later on the day Monday).

“We’re very proud of our football team” said Gilbride. “It was a game that I think more than anything else showed the character and resilience that we had. We certainly struggled stopping them offensively, but to the tremendous credit of our defense, I thought they showed incredible courage and character to just keep battling all the way down and get all those turnovers and stop them. They controlled the ball, controlled the time, and got down close to the goal line. A lot of teams crumble under those circumstances. I thought our guys rose up and played their best football down there.”

New York was led by Quarterback Matt McGloin who was 15-29 for 182 yards with a rushing touchdown at the 9:55 mark in the first quarter which capped off an eight play drive which set the tone for the game.

“What better way to start off the New York Guardians 2020 season than go right down the field and score?” said McGloin. “But, it was exciting. It really was. I think a lot of guys were emotional, the energy was high and it was good to kind of get a drive like that to kind of let everyone settle and relax a little bit, but it was fun. It was as I’ve had playing the game of football in a long time”

McGloin also found Tight End Colby Pearson in the end zone for a 12 yard strike that put the game away in the 2nd quarter. The offense did sputter a bit in the 2nd half , but the defense stepped big including big stops in the 2nd half. (Colby Pearson post game reaction can be heard HERE)

The Tampa Bay Vipers was coached by Mark Trestman was not happy with his teams efforts even though his team dominated most of the key offensive stats.

“Our play today was unacceptable” Trestman stated after the game. “We turned the ball over three or four times. We didn’t tackle as well as we needed to tackle in the first half. When you have over 400 yard of offense and come up with three points… your play is just not acceptable.”

The Guardians return to field this Saturday as they take on the DC Defenders.

Back Sports Page will have weekly coverage of the Guardians with exclusive interviews.