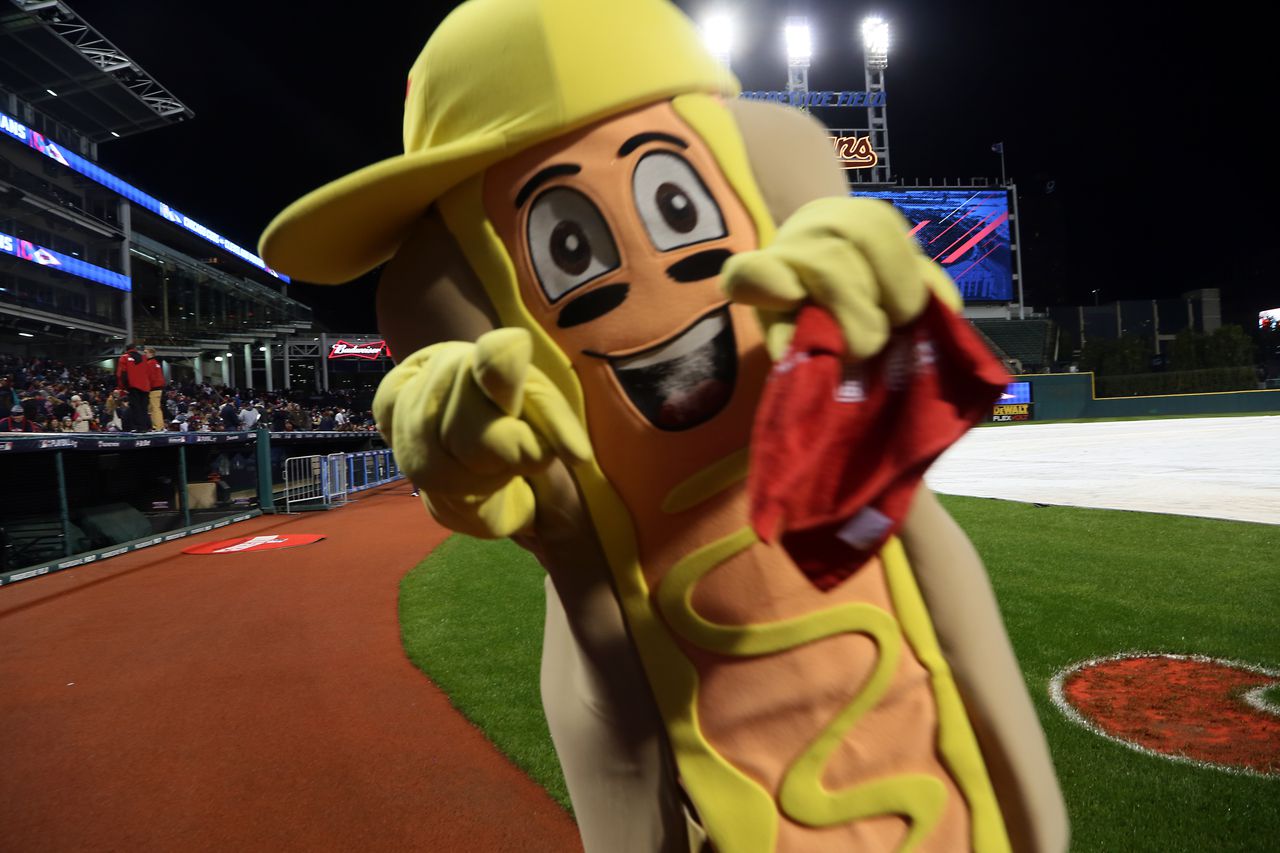 .The Guardians made a rather… shocking move Monday. According to a news release put out by the team, they optioned Mustard, one of their Hot Dog Race mascots, to High-A Ball Lake County.

Perhaps new minority owner David Blitzer, seen here, has not liked the performance of the yellow dog. In 50 competitions of the Sugardale Hot Dog Race this season, Mustard has yet to win a single one.

The details of the press release are available here. One of the reasons has been a behavioral issue. Mustard was once seen throwing a tantrum after a loss, and there was even an accusation of cheating during one of the races.

Comparatively, the move left some fans scratching their heads. However, it did seem like most of the Cleveland faithful took this in good fun.

Some Twitter posts suggested that a new condiment to stand in should be added. Others were genuinely surprised and laughed it off.

Either way, it was a unique and interesting move by the Guardians. But Mustard should look at this demotion as an opportunity to better himself and be more prepared for the next time he competes in Cleveland.

Mustard’s first race as a part of the Lake County Captains will be on Tuesday, August 9th when they take on the Fort Wayne Tin Caps.

For now, it will be just Ketchup and Onion taking place in the Sugardable Hot Dog race at Progressive Field. But Mustard is bound to return, and he will return with a vengeance.

Only time will tell when the yellow dog returns. But it most certainly should be interesting.