Hallelujah! The Browns have a Winning Record for the First Time in Six Years! 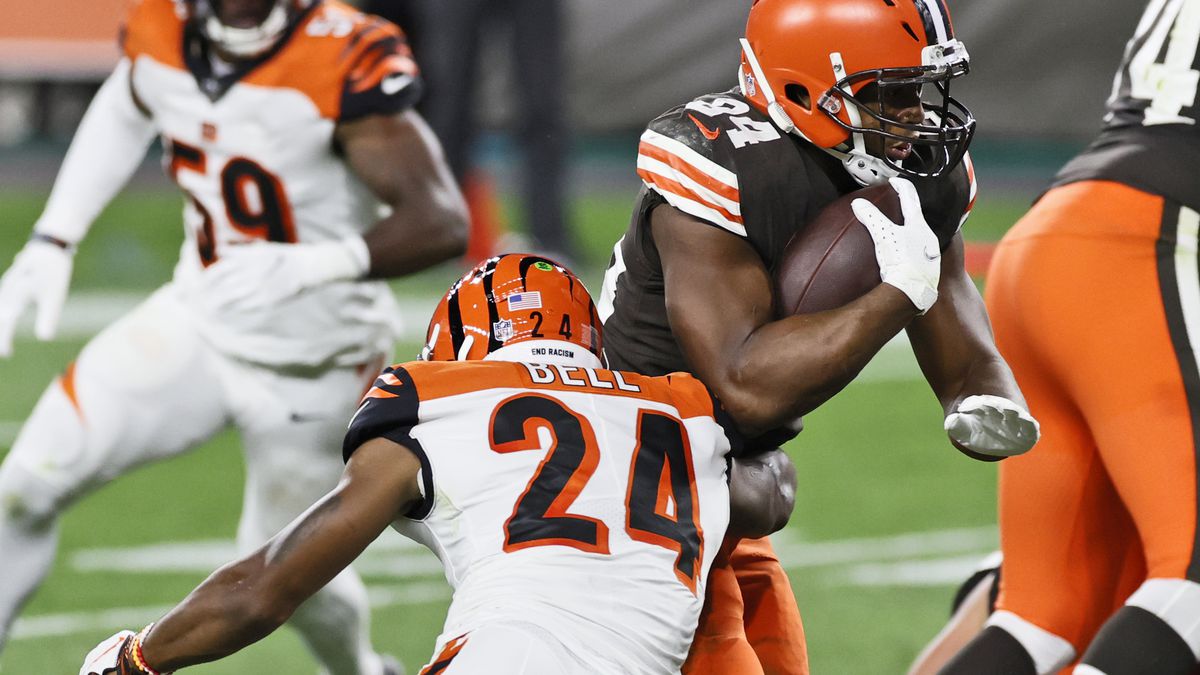 For people that don’t live in Cleveland, or people that are not Browns fans do not understand how good it feels to be 2-1. The Cleveland browns will head to Dallas next week with a 2-1 record.

That means the Cleveland Browns will enter Jerry’s World next week with a winning record for the first time in six years! 84 straight games without a winning record. It was by far the longest in the NFL.

Kevin Stefanski deserves a lot of credit here. Early on in the game, Stefanski called runs that really were not going anywhere. However, he stuck to his game plan, and rode his two Pro-Bowl caliber backs into the victors locker room. I will say, it was much easier to run the ball once rookie Chase Young, and Matt Ioannidis were ruled out of the game with injuries.

Baker Mayfield had a solid game, throwing 16/23 for 156-yards and two touchdowns. However, the biggest stat in Mayfield’s box score was a zero, for throwing no picks. This was a perfect game plan for Baker and the rest of the offense. They did not have to throw as much because they leaned on the ground game, to set up the pass, not the other way around, which it had been in Cleveland the past couple of years.

The two-backs the Browns use aren’t really the Thunder and Lightning tandem you often see. They are both perfect for each other because both of them can pretty much do everything. They both pass block very well, and they both can catch the ball out of the backfield. Chubb had 19-carries for 108-yards and two touchdowns. Hunt also had a touchdown, which he caught on the goal line from Mayfield, after breaking a couple tackles. Hunt only had 46-yards on sixteen carries, but all game he was a weapon out of the backfield.

The final piece that looked good for the Browns today, was the distribution of the ball, passing wise. Baker was slinging the pigskin all around to seven different receivers. Odell Beckham Jr. caught four balls for 59-yards, which is a very good yardage after catch. Landry caught four balls for 36-yards, for an average nine yards per catch. Other receivers on the Browns were new tight end Austin Hooper, who was targeted early and often. Hooper was followed by Hunt, Janovich, Harrison Bryant, and of course Chubb. That’s a great distribution of the football.

Turnovers were the name of the game for the Browns defense. As Haskins Jr. and the Washington football team were driving, he was picked off by new Brown Karl Joseph, who fumbled on the return but luckily the Browns recovered it. The next possession, Haskins Jr. stared down his target just a bit too long and he was picked off by linebacker Malcolm Smith. In the second half Haskins Jr. once again was caught staring down his receiver, and was picked off again by linebacker B.J. Goodson. Finally superstar Myles Garrett put the game on ice for the most part by sacking Haskins Jr. and forcing a fumble that he himself recovered.

In summation the Browns need their defense to step up. Greedy Williams did not play along with Mack Wilson. Pro-bowler Denzel Ward sat out a lot of the second half, picking up an injury, which is very bad news for Browns fans, but I am sure we will find out the extent of his injury tomorrow. All in all, it is a great day to be a Browns fan, and that’s literally the first time I’ve ever said that. Super Bowl, Super Browns!

*Tomorrow I will put out an article about three things I liked and three things I didn’t like and that the Browns need to improve on. Either way its GREAT to be a Browns fan right now!