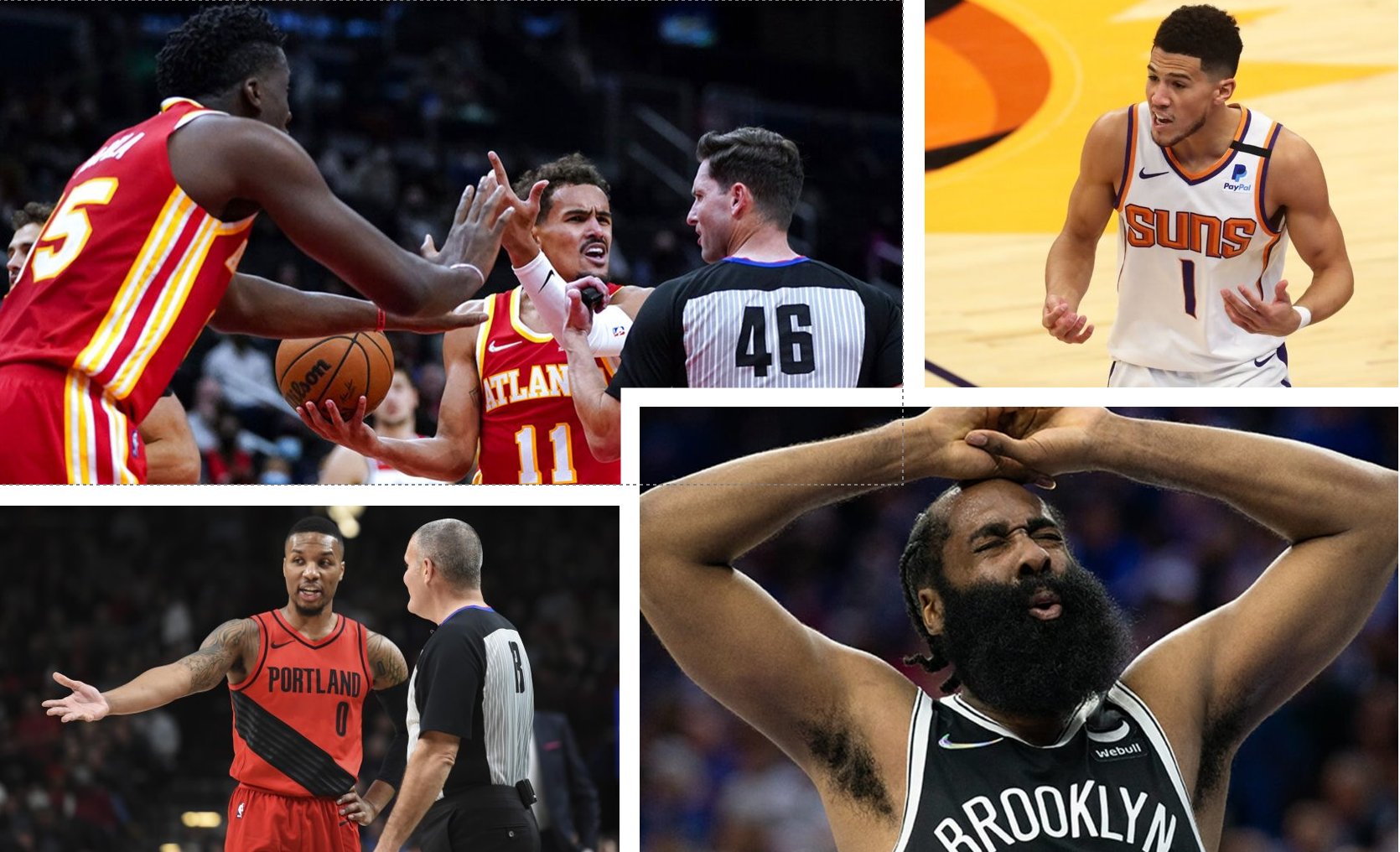 Is it me, is it coincidence, or just impeccable timing that Trae Young’s comments resonated and may have had some sort of impact on the NBA’s officiating crews last night?

How else do you explain the re-emergence of Damian Lillard’s and James Harden’s offense last night, which in four to five games prior, had all but been listed as missing on area milk cartons?

Young, who was fined $15,000 for making contact with a referee during Atlanta’s loss to the Washington Wizards on Thursday evening, was passionate but careful in his comments about the league’s new rules and what defines ‘unnatural movements.’ 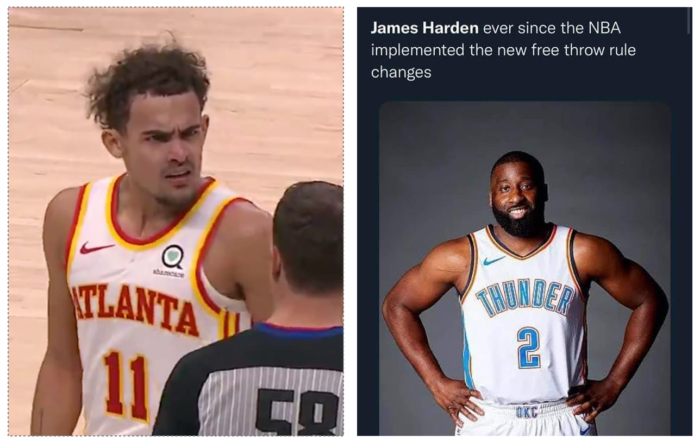 ‘Unnatural movement’ is defined by the league as players baiting defenders into fouls on shot attempts, allegedly ‘tricking’ referees into calling fouls by doing things like jumping backwards into defenders or initiating contact with the shooting hand in an ‘unnatural motion’ or movement.

It’s been happening for years – think Reggie Miller’s leg kicking out to draw fouls when he was shooting threes – but it’s been brought under the microscope recently by players like Young, who has seemingly mastered the art time and time again.

Young’s ‘unnatural’ shot attempts – as one writer put it – “regularly resulted in collisions; he would swing his arm or jump backward into a defender during a shot attempt, putting tremendous pressure on officials to make a call.” 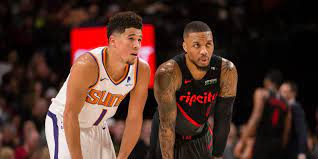 Because Young, Harden, Lillard, and Devin Booker are smaller players, it seemingly works. Referees are forced to make the call. And the NBA had heard enough complaints about it, so they made their call.

“You can watch basketball. Damian Lillard’s never averaged 17 points probably since his rookie year. There’s a couple guys. I mean, Devin Booker’s averaging 18. There’s a lot of things that, when guys are driving straight and guys are getting knocked off balance – it’s still a foul, whether they’re using their lower body or their hands.”

But there are a few things to consider:

First and foremost, James Harden is no longer the solo act on the Houston Rockets – he is back to being a teammate on a team stock full of star players – much like he was when he demanded a trade from the Oklahoma City Thunder because he couldn’t stand being in Kevin Durant’s and Russell Westbrook’s shadow as (then) arguably one of the best Sixth Man options in the league.

He’s going to get fewer touches. If it were Carmelo Anthony instead of Harden, there would be internal complaints. To prolong his tenure with the Nets as long as possible, Harden is instead choosing to place the blame on the league’s new rules.

Young may have a point, as well, but he was one of the key points of inspiration for this change in rules. So adapt.

Lillard is under the new leadership of Chauncey Billups, a championship-winning point guard who may have Lillard in a different mindset than we have been accustomed to seeing. It remains to be seen if Lillard the facilitator is an evolution of his talents or a product of a militant officiating system. I personally think it’s more Billups’ influence than the league putting their foot down.

As for Booker, I’ve never known him to make excuses and blame. He takes it all on his shoulders, which is why he will become one of the greats when all is said and done.

Did the league’s referees back off after Young’s comments? 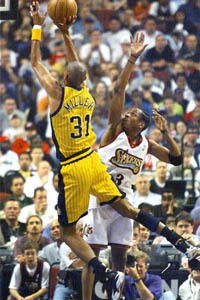 I think the league – like the players they officiate – are still in the learning mode, learning night by night, player by player, as they adjust to things that have gone back as far as Reggie Miller and beyond.

It’s a process. Let it play out, young players.

If you break your neck. If you have nothing to eat. If your house is on fire. Then you’ve got a problem. Everything else is an inconvenience. Don’t turn it into an excuse. You can’t adjust the wind, but you can adjust the sails (okay, that was in there for the 1-4 Clippers).

Focus on the man in the mirror. At least give it to Young, Harden, Lillard and Booker for creativity and effort.

Maybe focus Harden and LeBron James for flops, which are a more blatant, egregious selling and acting job than ‘unnatural movement.’ 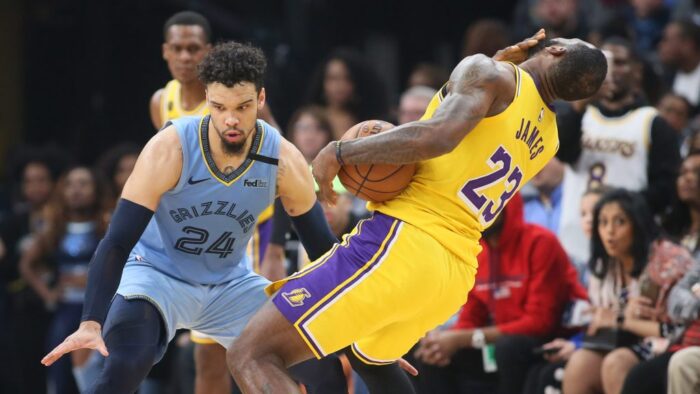 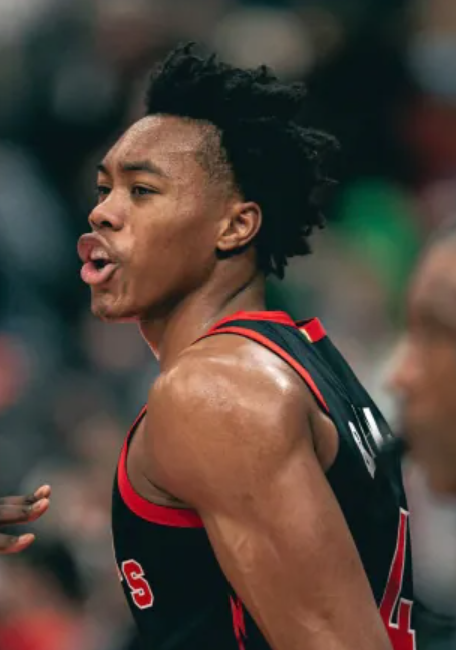 Toronto is 3-3 after last night’s win versus the visiting Orlando Magic. Some would say they are getting their feet under them and that their three wins show their grit and young talent. I would say, it’s a damn good thing for the Toronto Raptors that they’ve played five of their six games on their home court. Their most impressive win came on the road at Boston, thought to be a quality opponent. They won by 32 points. But the other two wins were against the so-so Magic and Indiana Pacers, who they face in Indiana tonight. The losses were at home against the Mavericks and Bulls. The silver lining in all of this .500 play is the improvement of Fred VanVleet and the steadied play and improvement of rookie Scottie Barnes. Barnes led the team with 21 and nine last night; VanVleet had 19 points and six assists.

NEXT UP
Magic at Pistons – Tonight
Raptors at Pacers – Tonight 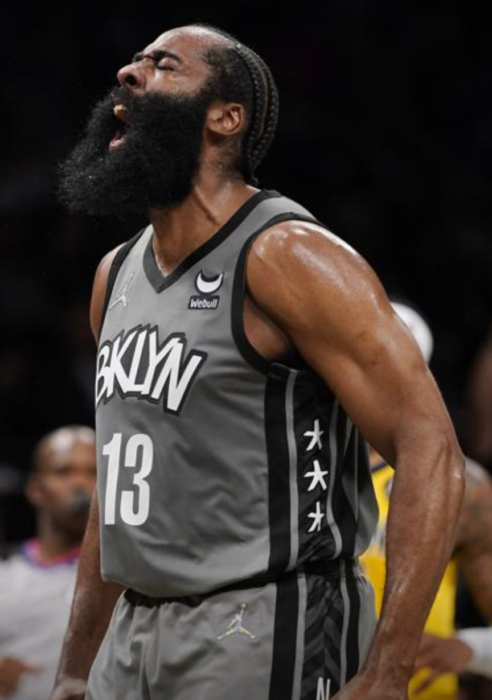 The current situation and roster in Indiana is testing Rick Carlisle’s mettle as a head coach. How comfortable did Donnie Nelson make it for Carlisle in Dallas, and now that he’s out of that multi-year comfort zone, can he make it out of the basement of the Eastern Conference, a place he’s not familiar with being? Facing the star-laden Brooklyn Nets wasn’t the answer and he’ll have to tackle the visiting and surging Toronto Raptors tonight. Last night, Torrey Craig had his coming out party, as he scored a team high 28 points and had 11 rebounds. Unfortunately, Brooklyn’s stars shone brighter, as James Harden busted loose with 29 points, Kevin Durant added 22, and LaMarcus Aldridge hit for 21 points – 17 in the second half. Aldridge also surpassed the 20,000 point mark for his career, the seventh active player to do so.

NEXT UP
Raptors at Pacers – Tonight
Pistons at Nets – Halloween 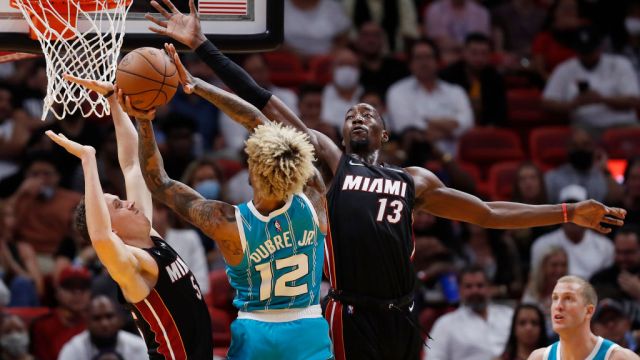 When the Miami Heat are on their game, they look unstoppable. Last night was one of those nights as a well-rounded effort by Jimmy Butler (32 points), Bam Adebayo (26 points, 19 rebounds), and Tyler Herro (26 points off the bench) combined for 84 of the Heat’s 114 points and sweltered the visiting Charlotte Hornets by 15 points. Charlotte stayed alive despite a down night for LaMelo Ball, who only had as many points as he did assists. Gordon Hayward led the Hornets with 23 points, while Miles Bridges added 22 points. Kelly Oubre Jr. finished with 17 and Cody Martin had 15.

NEXT UP
Heat at Grizzlies – Tonight
Blazers at Hornets – Halloween 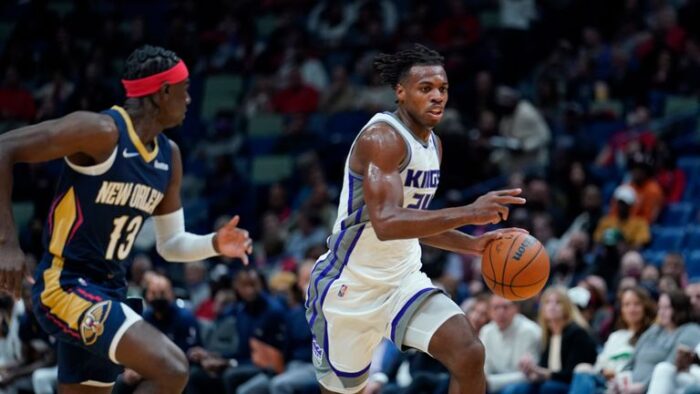 De’Aaron Fox took the reins of last night’s game against the New Orleans Pelicans, and guided the Sacramento Kings to their third win of the season. The Kings are 3-2, all victories coming on the road. Richaun Holmes finished with 21 points, Buddy Hield had 20 from the bench, and it was 18 and 17, respectively, for Harrison Barnes and Tyrese Haliburton. Meanwhile the New Orleans Pelicans remain winless at home this season, despite a valiant 24 and 13 from Jonas Valanciunas, and 22 points, six rebounds, and six assists from Brandon Ingram.

NEXT UP
Knicks at Pelicans – Saturday
Kings at Mavericks – Halloween 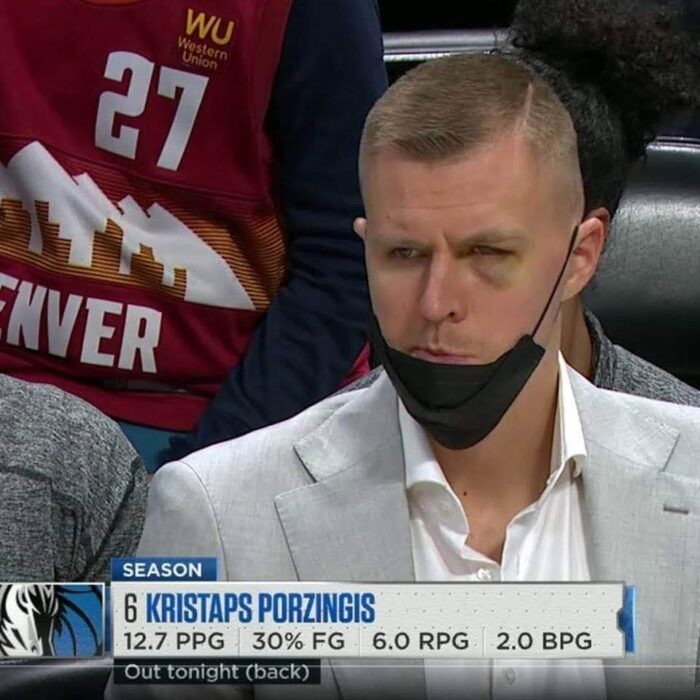 If you’re wondering what the stench is coming from the Denver area, it isn’t the Purina plant or the hops storage at Coors; it was the Dallas Mavericks dropping plenty of horse puckey all over last night in their appearance at Ball Arena. I’d say game, but there was no game really – not when you score a mere 56 points through three quarters while your opponent has 87 points. Dallas head coach Jason Kidd played his entire lineup searching for some – any – offense outside Luka Doncic’s paltry 16, six, and four. Trey Burke came off the bench for 11, but that was it. Dallas’ other four starters combined for 18 total horse biscuits. Meanwhile, Mike Malone played everyone but Petr Cornelie and got 106 out of his 14 players, including double digits from four of his starting five.

NEXT UP
Nuggets at Timberwolves – Tonight
Kings at Mavericks – Halloween 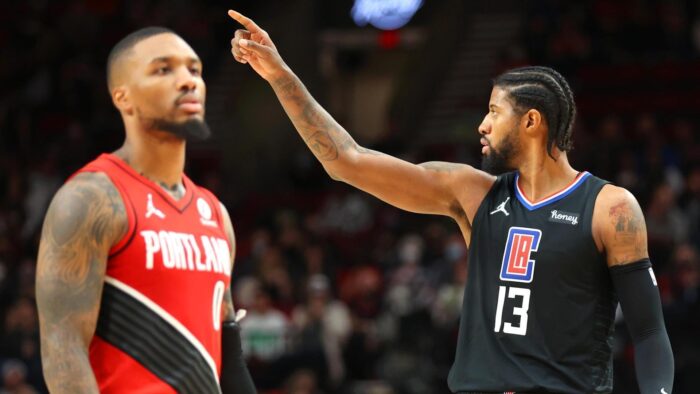 For the first time this season, Damian Lillard stepped up and gave C.J. McCollum the night off as team leader, while Paul George allowed another stellar game – 42 points – go for naught, and Lillard got to wave bye bye to him again, as Portland wins its third game and sends the Los Angeles Clippers to 1-4, tied with the Houston Rockets, Oklahoma City Thunder, and San Antonio Spurs. The other four starters for L.A. combined for just 16 points. Lillard scored 25 points and had six assists, while McCollum and Jusuf Nurkic finished with 14 points each, and Norman Powell added a dozen. All I can say is, that ‘Culture Jam’ EP better have been worth it.

NEXT UP
Trailblazers at Hornets – Halloween
Thunder at Clippers – Monday

LeBron James returned to the Los Angeles Lakers’ lineup last night to lead the team with 26 points and eight assists, as the Lakers get to the .500 mark, while dropping James’ former team – the Cleveland Cavaliers – to the same 3-3 mark. The Cavaliers had been on a confidence-building streak, defeating the hawks at home, then downing the Nuggets and Clippers on the road. They had hoped to make it a west coast sweep by adding the Lakers last night and the Suns tonight. Carmelo Anthony added 24 points off the bench to dash Cleveland’s hopes. 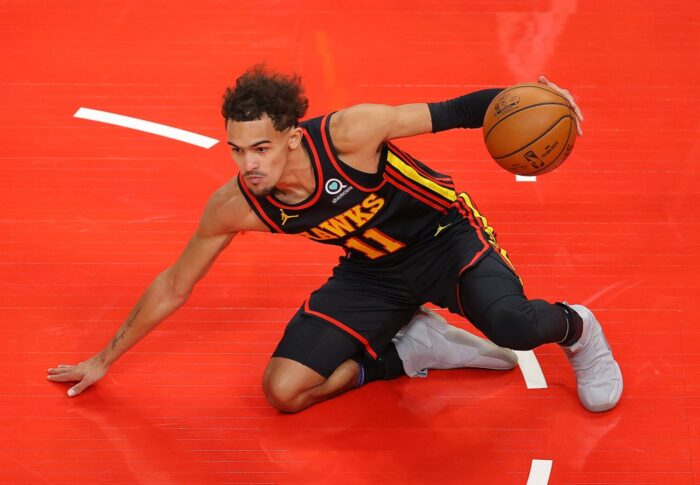