Harden On Pace To Return This Week 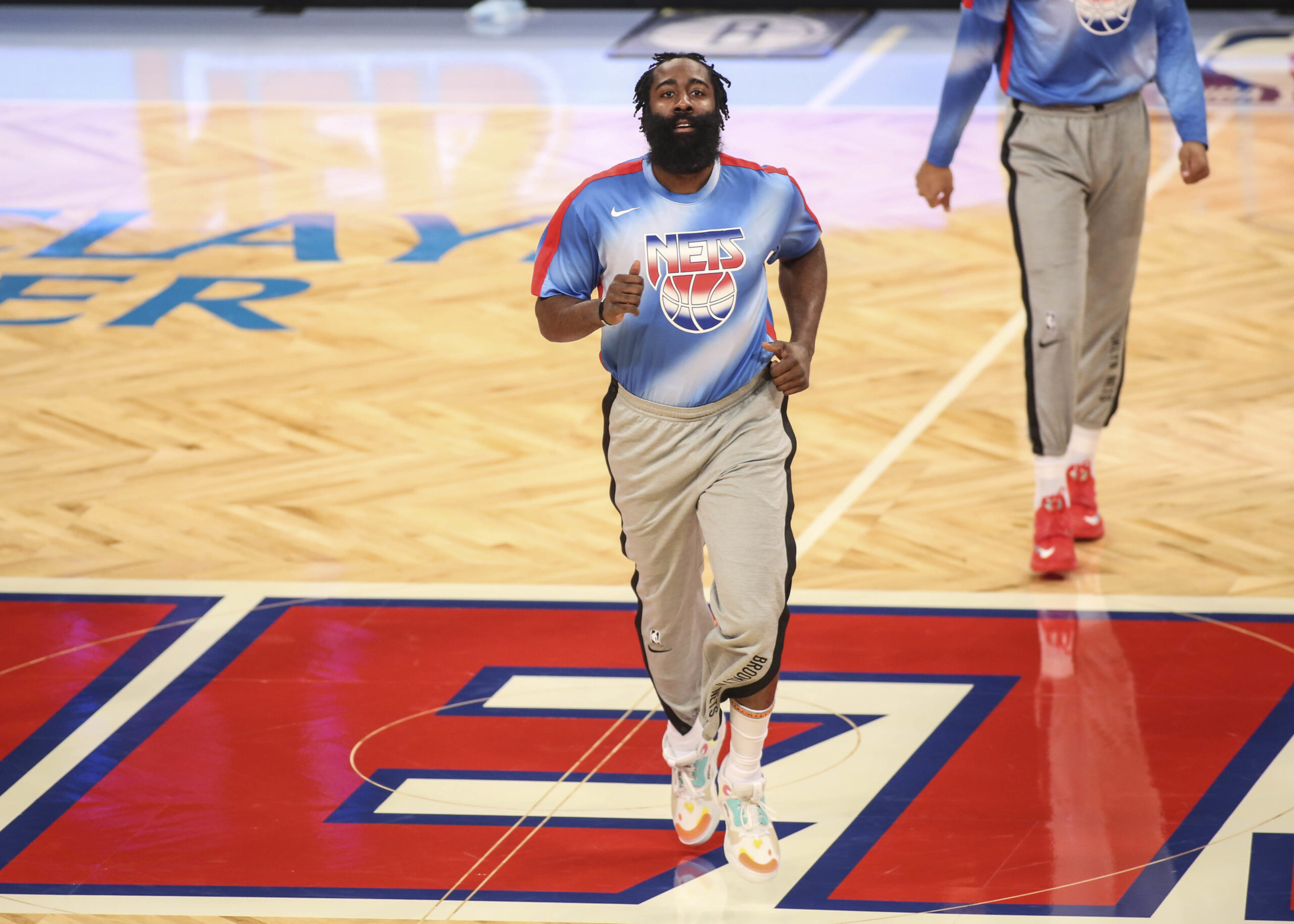 Good news, Nets fans. James Harden is getting closer and closer to returning to the court. According to ESPN’s Adrian Wojnarowski the former MVP could be back in action as early as Wednesday against the San Antonio Spurs.

Harden’s possibility of returning to the Nets lineup before the start of the postseason has been up in the air for some time now since he’s been sidelined with a right hamstring strain. That possibility became even more of a reach when he suffered a setback in his hamstring rehab on April 20.

However, since then Harden has been making progress in his effort to return. He’s been working on conditioning, changing speed, and changing direction.

If he is able to return this week that would be huge for Brooklyn, who has hit a bit of a rough patch lately, and slipped to the 2nd (and temporarily the 3rd) seed, after claiming the top seed a few weeks ago. They’ve only won one out of their last five games.

Thankfully for them though if Harden is able to return, they’re getting an MVP candidate back in the lineup.

This can only add to this team’s greatness, specifically with what Kevin Durant’s been doing lately. He’s back, healthy, and in the last seven games has scored 40+ twice and gotten four double-doubles.

Not to mention, Kyrie Irving has been doing Kyrie Irving things. In the last seven games he’s scored 30+ three times including a double-double in a win over the Phoenix Suns on April 25.

If all three are healthy before and going into the postseason, finally we’ll be able to stop hearing about how the big 3 has only played in seven games together.